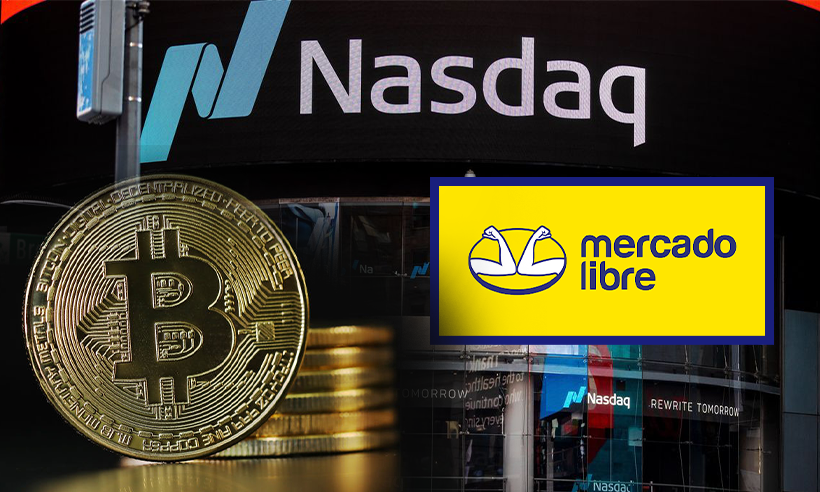 NASDAQ-Listed MercadoLibre Purchases Bitcoin as Part of their Strategy

The Latin American technology retail firm listed on NASDAQ, MercadoLibre recently disclosed that they have made an investment of $7.8 million in Bitcoin. The Argentinian firm that operates marketplaces throughout Latin America has mentioned Bitcoin as a segment of its Quarter 1 2021 earnings report.

MercadoLibre, the e-commerce giant is headquartered in Buenos Aires, Argentina, and has most recently shared in Form 8-K that it filed with the United States Securities and Exchange Commission (SEC) yesterday that said:

The company is listed on NASDAQ as MELI.

As far as the leading cryptocurrency is concerned, the technology company released a disclosure that revealed the following information:

“As part of our treasury strategy this quarter we purchased $7.8 million in bitcoin, a digital asset that we are disclosing within our indefinite-lived intangible assets.”

This purchase made MercadoLibre the latest publicly traded firm which has parked Bitcoin on its balance sheet recently. It happened in the last quarter and was a significant part of the treasury strategy of the company.

In addition to this, it should be noted that the firm made an announcement last week that it had upgraded its online marketplace in Argentina.

This ultimately makes sure that it is now possible to go to a page within the real estate segment of the site to have a look at the properties that can be bought with Bitcoin cryptocurrency.

Institutional Investments in the Leading Cryptocurrency is a Strong Step

Now, the addition of MercadoLibre to this list represents a really strong step towards the mainstream adoption of Bitcoin as a payment option.