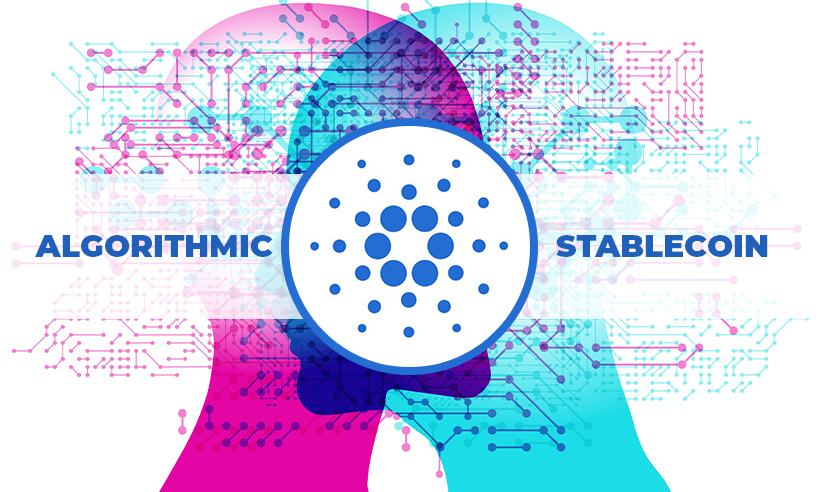 New Stablecoin AgeUSD, First to be Launched on the Cardano Network

A new type of algorithmic stablecoin AgeUSD is about to be launched on the Cardano ADA network. ADA, the native token of Cardano has now managed to secure the seventh position in the list of largest cryptocurrencies by market capitalization. This launch of the algorithmic stablecoin is going to be the first time a stable coin launches on the top-blockchain network.

AgeUSD Stablecoin to be Introduced on the Cardano Network

The launch of this stablecoin is the result of an alliance between Input-Output Global, Emurgo, and Ergo Foundation, the parent company of Cardano, the blockchain solutions provider, and the principle developers of the stablecoin respectively.

This news of the introduction of an algorithmic stablecoin has come as the demand for crypto assets surges amid the rise in the price of the dominating asset in the industry, BTC.

In accordance with the surge in the prices of BTC, the demand is seemingly activating a rise in the value of stablecoins in motion, since they lead the crypto trading pairs.

Talking about the most popular stablecoin, which is USDT, the value of the stablecoin in circulation has been seen more than double to $47.2 to date.

According to data released by a leading market analyst, over 30 dissimilar stablecoin options are currently available in the market.

Along with the inundation of the stablecoin option comes the evolution of innovatory solutions to the underlying contraption maintaining their stability.

Discussing AgeUSD, it is a segment of a brand new class of stablecoin using algorithms instead of the collateral to maintain value.

In accordance with Emurgo:

“Its goal is to automate as much as possible within the mathematics of the protocol itself, rather than relying on dynamic transaction postings that can break down in a blockchain overload.”

The Future of Cardano

Most recently in the month of February, Cardano introduced the ability for its users to build and deal in their own native tokens on its main chain.

The modification into a multi-asset blockchain is one of the methods Cardano is striving to metamorphose itself from other blockchain platforms like Polkadot and Ethereum.

In addition to this, it should be understood that this latest transformation is a segment of the roadmap to Voltaire of Cardano.

As revealed officially, the platform update is going to be the final piece that is required for the Cardano network to become a self-confronting system.