PERL Technical Analysis: Downtrend Is Ready to Hit the $0.050 Mark

PERL token price faces a huge supply dump near the $0.10 mark that may shortly result in downfall to the $0.050 support level.

PERL.eco focuses primarily on tokenization and broader acceptance of ecological-related assets, such as tokenized carbon and genomic biodiversity.

PERL permits token holders to play a critical role in determining incentives, building a large base of stakeholders, as well as facilitating economic value transfer in the network. PERL holders have the ability to vote on distribution and fees, as well as any other important decisions.

Past Performance of PERL

The PERL coin price has consolidated below the resistance zone near the $0.10 mark in the past few weeks. However, the recent supply dump on 21st September resulted in the accumulation breakdown. 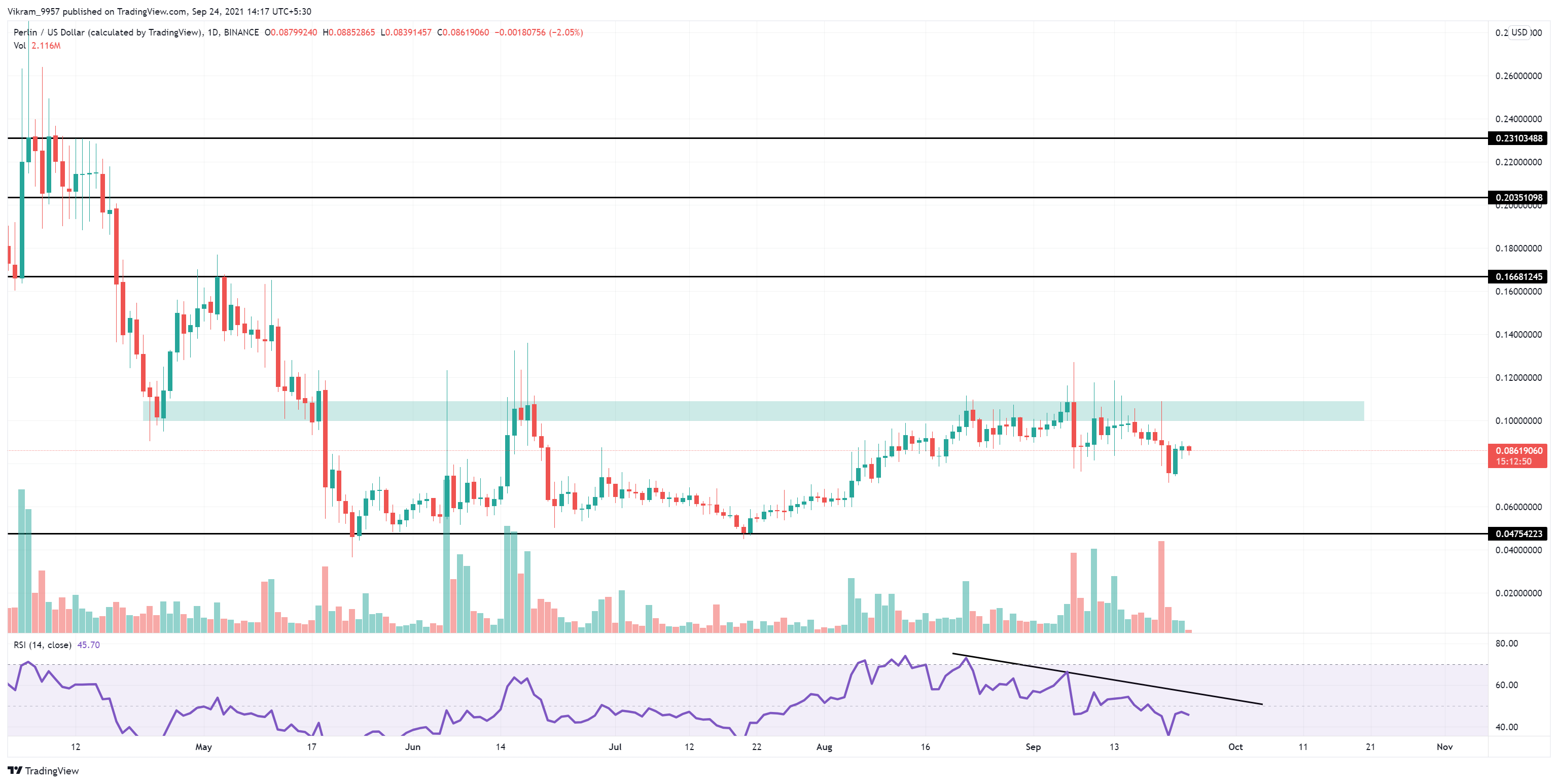 PERL crypto is currently at $0.08497 as of writing this article. However, it has seen a drop of 1.04% within 24 hours. Thus, resulting in the bearish reversal. Furthermore, the retest of the bearish breakout is successful that may shortly cause a downfall.

The sudden increase in selling pressure from the resistance zone may soon drive the price below the $0.050 mark. As a result, investors can observe a fall of 20% to 30% in the upcoming days.

PERL token price is falling beneath all the crucial exponential moving averages in the daily chart. 50 days and 200 days EMA are intermingled that may shortly produce a death cross.

MACD and signal lines on the daily cross below the zero levels with increasing intensity of bearish histogram. Thus, resulting in a sell signal.

The slope of the RSI indicator is currently below the daily charts' central line. RSI support decreased to 41% after facing rejection from the central line. As a result, the slope is moving lower, fastening the approach to the oversold zone.

PERL token price rises after tremendous selling pressure after the recent fall from the $0.10 mark. Investors may shortly see the price drop to the $0.050 support level.