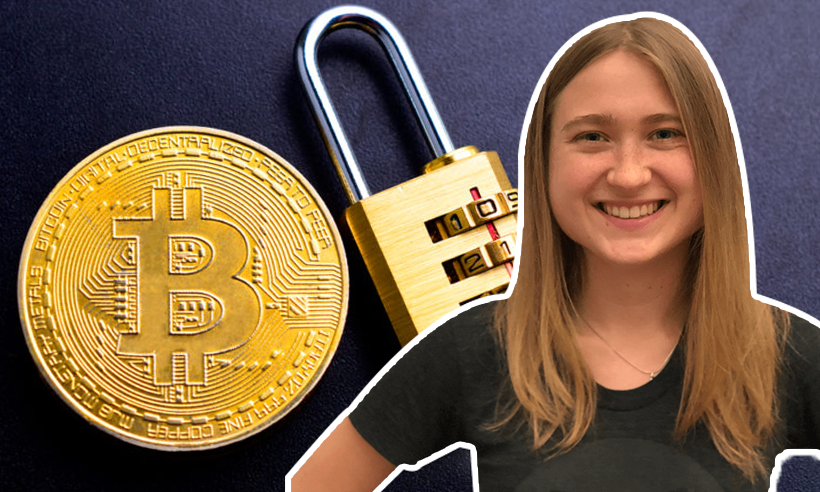 “Privacy is a ‘Privilege’ that Users Ought to Cherish”: Elena Nadoliksi

How important is privacy to cryptocurrency users? Zac Williamson and Elena Nadolinksi discussed the importance of privacy in the crypto space. According to Elena Nadolinksi, founder and CEO of Iron Fish, “it’s a ‘privilege’ that users ought to cherish.” The statement was made at Ethereal Summit.

Cryptocurrencies and Their Relationship with Privacy As Per Elena Nadolinksi

Adding that “privacy adds to innovation because people are comfortable in the knowledge that their innovations are their own.”

While Williamson keeps a different view on privacy. According to him,

“Privacy ought to be a right, but it isn’t so much these days, particularly on the web.”

“If you want to avoid third-party advertising or targeted scams against you, privacy can mitigate those risks,” Williamson added.

Zac Williamson, co-founder, and CTO of Aztec Protocol joined hands with Nadolinksi and Robert Drost, head of research and development at ConsenSys, to discuss the role of privacy coins in the wider crypto industry.

It is surprising to know that despite the complex technology behind the crypto industry’s privacy coins, the most popular digital coins, for example, Bitcoin are not considered to be privacy-focused.

“When we catch bad actors in the real world, you have suspicious activity, you go to an entity like a bank, you subpoena the bank and you get records and you catch the bad guy. And so for cryptocurrencies, it’s actually a very very similar story now,”

Beyond consumer unresponsiveness, the adoption of privacy coins is potentially being held back by the concern that these technologies give rise to illicit finance.

READ  Analyst: Bitcoin Must Close Above $8,200 In Order for Bullish Momentum to Extend
#“Privacy is a ‘Privilege’ that Users Ought to Cherish”: Elena Nadoliksi #Elena Nadolinksi #Privacy coin #Zac Williamson