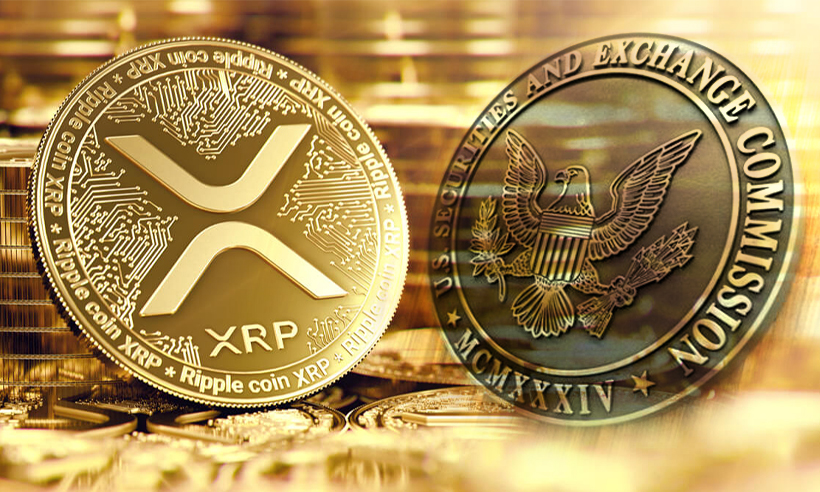 Ripple settle the XRP case with the Security and Exchange Commission (SEC) for $100 million. The settlement requires Ripple to notify the SEC prior to issuing any cryptocurrencies or digital tokens in the future. The US-based technology company pledge to return the funds that US investors had put into its XRP token.

A person familiar with the discussions asked to remain anonymous till the plans confirm the authenticity of the agreement.

Ripple Consent on the Findings of SEC in the XRP Case

The order, which Ripple consented to deny the findings, also requires the firm to notify the commission prior to issue any ‘cryptocurrencies,’ ‘digital coins,’ or ‘digital tokens’ in the future.

The exact dates of the settlement are yet to be announced in a few days. It is said that the end of the month brings a long legal battle between Ripple and the SEC over its XRP token. Which the regulator alleged was securities.

The argument from the US top watchdog was that Ripple didn’t follow the rules. They would have worked with the SEC instead of launching the XRP offering without any oversight. The outcome might have been different.

Ripple proceed with the settlement after the legal ramifications coupled with the more aggressive stance taken by the US regulators. which ultimately made Ripple executives reconsider their crypto ambitions altogether.

Ripple had been fighting the suit since December 2020. Claiming its XRPs as utility tokens, outside the US authorities’ purview.

According to Ripple’s court filing, there are no significant differences between XRP’s function and that of Bitcoin and Ethereum. On one hand, SEC recognized the two most popular digital currencies as non-securities while the agency turned around and said the opposite was true for its own token.

SEC commissioner said, “Our emergency action protected retail investors from Ripple’s attempt to flood the markets with securities sold in an unregistered offering without providing full disclosures concerning their project.”

Shortly after the news of the settlement broke, the hashtag ‘RelistXRP’ is trending again on Twitter as the so-called ‘XRP Army’ publicly expressed their disappointment about the deal, which effectively kills their favorite token.

According to the confrontational members of the XRP community, they will continue their campaign until non-US crypto exchanges, take the lead and resume XRP trading.