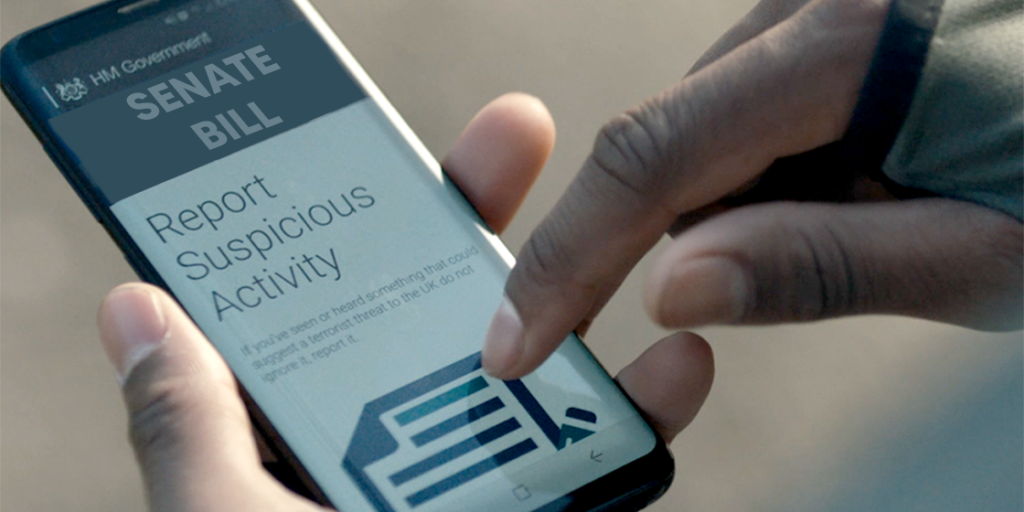 The See Something, Say SomethingOnline Act, reintroduced by Sen. Joe Manchin and Sen. John Cornyn is the latest attack on freedom of speech and online privacy. The new bill would now require tech companies to file Suspicious Transmission Activity Reports (STARs) for any kind of suspicious activities on their platforms. Companies failing to do so will lose Section 230 of the Communications Decency Act that protects tech platforms from being liable for various forms of content posted on them. The bill is quite similar to the Bank Secrecy Act.

Suspicious activities can be included in the form of any post, private message, comment, tag, a transaction that facilitates, incites, promotes, or in any way assists the commission of a major crime. Major crimes are defined as anything that involves violence, domestic or international terrorism, or even serious drug offenses.

For each suspicious post, tech companies must submit a Suspicious Transmission Activity Report (STAR) within 30 days that provides the user’s name, location, and other identifying information or any relevant metadata. STARs would also be exempt from Freedom of Information Act (FOIA) requests.

“By requiring technology platforms to file reports when they become aware that a major crime has been committed, this legislation keeps platforms accountable and helps authorities deliver justice.”

The bill was re-introduced to raise the threshold of what is required to be reported as serious crimes that involve drug sales, hate crimes, murder, or terrorism.

Additionally, the bill also calls for the creation of a department under the Department of Justice (DOJ) to manage these reports. Moreover, there would also be a centralized online resource established that could be used by any member of the public to report to law enforcement for any suspicious activity related to major crimes.

The bill would set up intense user monitoring and concern for crypto platforms to their very nature of protecting user data privacy.