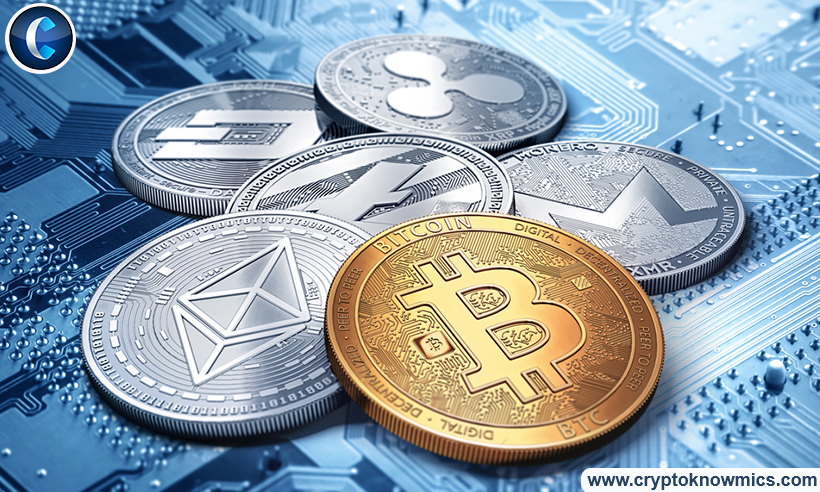 The cryptocurrency market recorded a bittersweet start to the week, after a healthy and balanced market activity over the weekend. In the early hours of today, 22nd February, Bitcoin (BTC), the largest cryptocurrency by market capitalization, soared to new highs, followed shortly by a gradual, then steep retracement.

At the time of writing, the global cryptocurrency market is bedeviled with a massive drop in value, with the majority of the top cryptocurrencies trading in the red zone. Bitcoin, Ethereum (ETH), Binance Coin (BNB), Cardano (ADA), Polkadot (DOT), and Bitcoin Cash (BCH) are seeing huge price drops, according to CoinMarketCap.

It has long been known that the market correlates positively with Bitcoin, and what affects the mother of all coins is bound to reflect in the others as well. This was the case with the majority of altcoins in the wake of the pullback seen in Bitcoin.

XRP, CRO, Others Are the Coins to Watch as They Are Rebellious to the Trend

While the correlation theory is perhaps a rule of thumb in crypto space, there are usually exceptions from time to time. One of these exceptions was modeled in XRP, Crypto.com Coin (CRO), and Terra (LUNA), amongst others.

The force behind each coin’s price actions may be apparently obscure, and while CRO’s pump can be explained, but XRP is even more confusing.

Today marks the court date for the legal hearing between the United States Securities and Exchange Commission (SEC) and blockchain payments network Ripple Labs with respect to XRP’s status as a security. While the XRP investors and traders are expected to dump the coin due to uncertainty, there appears to be an increased accumulation, spiking the coin’s price by over 15% in the early hours of today. All eyes are on the coin as the details from the court hearing are made public.

Perhaps, Crypto.com Coin is seeing its best of days following a 70 billion token burn announcement from the development team, ahead of its mainnet launch. The coin has soared as much as 65% to a new all-time high of $0.2710. The coin was up over 117% in the past week.

Other coins to watch for the rest of the week include Terra (LUNA), NEM (XEM), Kusama (KSM), amongst others. These and more altcoins have seen appreciable gains today, despite the encompassing market dips.

Hopes of Speedy Recovery in the Crypto Market

The digital currency markets are marked by such volatilities as it is difficult to keep prices too low for too long. Except the downturn is signaling a massive bear market, a swift recovery is expected to be recorded in a short time before the week ripens.

The dependence on Bitcoin may stretch the recovery of some altcoins, but recoveries are still dependent on the vibrancy of each coin’s ecosystem. With the right fundamentals, coins like Ethereum, Polkadot, and Chainlink, to mention a few, the chances of breaking the Bitcoin correlation in a bid to drive an independent market run are likely to be seen this week.