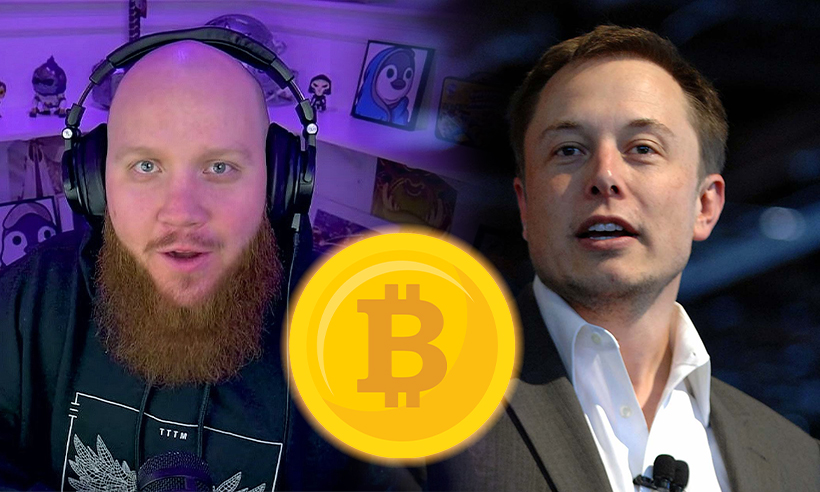 TimTheTatman Asks Elon Musk Which Cryptocurrency Should He Buy

Popular gaming streamer TimTheTatman has asked Elon Musk about what cryptocurrency he should buy. The video gamer enquired on the cryptocurrency advice following Musk’s “everything to the moon” tweet.

The CEO of Tesla and SpaceX, Elon Musk has published another tweet about going cryptocurrencies going “to the moon”.

The lingo is often used among the crypto community when the price of a digital asset is soaring. Musk had previously sent his favorite Dogecoin to the moon with his tweets.

However, this time he simply tweets:

“Everything to the moon”

Responding to the tweet, gaming streamer from YouTube with over 3.22 million subscribers and Twitch with 2.4 million, TimTheTatman asked Elon Musks on which cryptocurrency he should buy.

Even though Musk does not particularly share advice on cryptocurrencies, he has not replied to TimTheTatman’s tweet yet.

Musk simply has fun with his occasional DOGE tweets and memes related to Bitcoin from time to time.

Dogecoin has spiked nearly 400% in just the last week. Over the past 24 hours, the cryptocurrency has rallied to 7% and currently trading at $0.29. Musk’s frequent tweets about Dogecoin keep adding to the digital currency’s valuation.

The cryptocurrency spiked to a new high after Musk tweeted on April 15, a photograph of artwork by Joan Miro, a Spanish painter, and sculptor with the caption “Doge barking at the moon.”

Doge Barking at the Moon pic.twitter.com/QFB81D7zOL

A day later he replied to one of his tweets from July 18, 2020. The original tweet is a meme showing a massive dust storm having a “Shiba Inu” dog face ready to envelop the world, mentioned as a global financial system.

This pushed the cryptocurrency to a new all-time high of $0.298. On April 16, DOGE stormed back into the top-5 list on CoinMarketCap for the first time since 2016.

At the time of writing, Dogecoin is currently trading at $0.29, sitting among the top 8 cryptocurrencies by market cap.