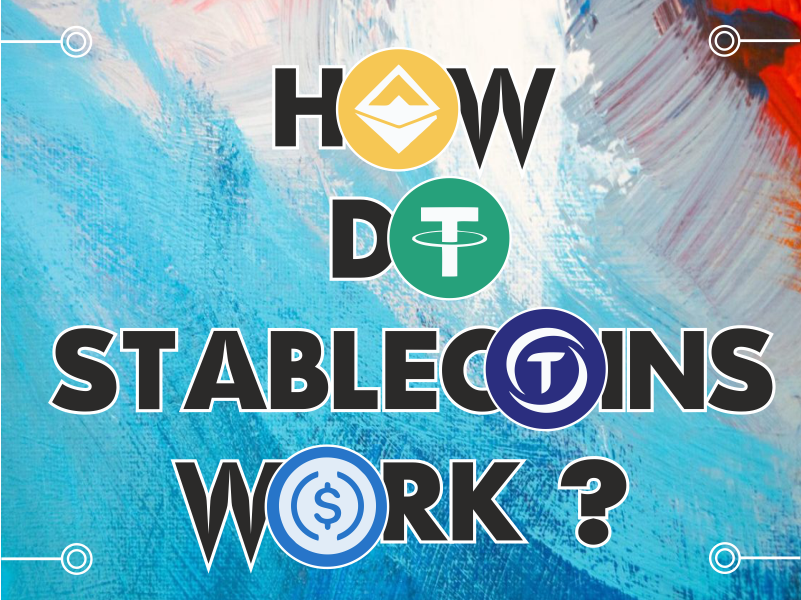 Top 3 Stablecoins By Market Capitalization in 2021

There are over 8,000 digital currencies and tokens listed on the data aggregation and analytics platform CoinMarketCap. While the entire bulk of digital currencies have a similar feature in that they are all virtual, almost all of the assets have a uniqueness that defines them. This uniqueness can be in the source code, use cases, targeted market audience, and much more.

A unique group of these digital currencies is referred to as Stablecoins. Just as their names imply, Stablecoins are digital assets whose value does not fluctuate like the other cryptocurrencies and as such, they can serve as a perfect hedge against the volatilities of other crypto assets.

Stablecoins maintain their stability as they are usually pegged on a defined ratio (usually 1:1) to a corresponding fiat currency such as the United States Dollars (USD), the British Pound (GBP), and the Japanese Yen amongst others. Usually, The Stablecoin is physically backed by the asset it is pegged with meaning, for every Stablecoin in circulation, there is an equal amount of its pegged fiat kept in trusted financial institutions or trusted partners. This helps to maintain the integrity of the system.

Before I explore the top three stablecoins around today, a brief exposition into the varied use cases of stablecoins can solidify our background of these digital assets.

What Are Stablecoins Used For?

Stablecoins find their most effective and popular use as a mobile means of payment. Their stability and corresponding peg to a fiat currency make them attractive to merchants and consumers to facilitate mobile payments and transactions in general.

Stablecoins are also used as a hedge by crypto traders to prevent excessive loss of funds during a period of market dip. Assets that are hedged with Stablecoins are protected from price drops over time.

Some stablecoins are also used in DeFi protocols for a wide range of DeFi offerings such as liquidity farming, borrowing and lending, and others. These use cases make Stablecoins undeniably important amidst the yet to be market volatile global cryptocurrency market.

Now that a bit of the importance of stablecoins has been highlighted, I present the biggest three of the stablecoins out there today.

The top three stablecoins by market capitalization are outlined as follows:

Tether (USDT) is the first known stablecoin that was first created as RealCoin back in July 2014 and the name change was integrated over the years. USDT is closely associated with former US Presidential Candidate Brock Pierce who was among the co-founders of RealCoin.

It has a market capitalization of $25 billion and it is ranked as the third biggest cryptocurrency after Bitcoin (BTC), and Ethereum (ETH). USDT is issued by Hong Kong-based Tether Limited who claims it has as much reserve for all the USDT in circulation. This claim has been highly disputed as no independent auditor has verified the claims.

USDC is a stablecoin that is pegged 1 to 1 to the United States Dollar and it is issued by Center, a consortium formed by a partnership between crypto payment firm Circle and Coinbase cryptocurrency exchange.

USDC has a wide global coverage as the duo of Circle and Coinbase are highly regulated crypto entities. This coin is audited by an independent body, and as an ERC-20 token, the stablecoin is secured by the Ethereum Network and is highly interoperable with other assets in the space.

DAI is an ERC-20 stablecoin that is highly DeFi reckoned and issued by the MakerDAO foundation. Based on its affiliation to MakerDAO whose native token is the Maker (MKR), DAI can be generated when assets are locked in smart contract vaults which can be opened through MKR.

DAI is generated as collateral during specialized lending offerings and the maximum number of the tokens in circulation is dependent on the asset locked into the Maker-backed vaults.

Stablecoins are now gaining traction amongst policymakers such as the Office of The Comptroller of the Currency (OCC) in the United States. The OCC has taken a position giving banks and other financial institutions the leverage to interact with stablecoins, a move that continues to redefine the relevance of the asset class.

Undoubtedly, favorable regulations such as that from the OCC have the potential to aid the increased adoption of stablecoins on a global scale.