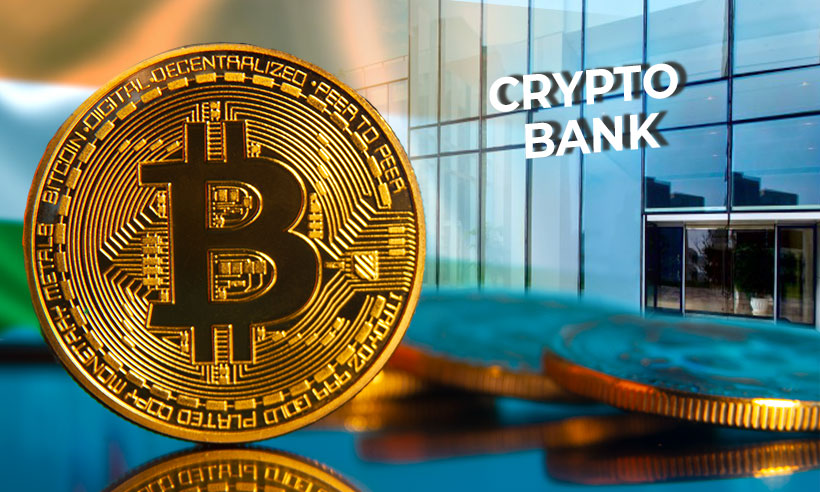 With Indian Crypto Bank Getting Its Third Branch, A Ban on Crypto Seems Unlikely

Cryptocurrency!! A market that was once a dark place and considerably unknown, today holds a global market cap of $1 trillion. The times have changed so much since Bitcoin was first launched in 2009. Presently, it is one of the largest currencies in the world with the price ticking at $47,120.40 at the time of writing.

Not just Bitcoin. In the year 2020, many businesses went decentralized. People finally comprehended the benefits of decentralized finance and thousands of Dapps were launched on Ethereum and other blockchains. This also led the price of Ethereum to reach sky-high. So when the world is preparing for a future where digital assets will be one of the most essential aspects of the financial world, how can India lag? How can the country possibly ban an entire industry worth half of its GDP?

The Indian Government is yet to officially declare faith in cryptocurrencies. However, this is not putting down the spirits of the Indian crypto community. And having said that, Unicas, the global cryptocurrency financial institution, recently opened its third physical branch in New Delhi. The previous branches were opened in Jamnagar and Jaipur. Unicas is known to allow its customers to access fiat and crypto services at the bank. And also provide digital loans using crypto holdings as collateral.

This is just the beginning as the bank plans to launch 50 more branches by the end of this year and 50 more by the end of 2022. You might wonder that all these plans are a lot to consider at the moment given that the crypto bill is still hanging in the Parliament. And due to this, Unicas’ plans may be stifled. The Cryptocurrency and Regulation of Official Digital Currency Bill 2021 to “prohibit all private cryptocurrencies,” along with creating a regulatory framework for digital rupee by the Reserve Bank of India. However, the bill also stated that it will allow “certain exceptions to promote the underlying technology of cryptocurrency and its uses.”

While the country awaits the official statement from the government, the crypto community holds onto its faith in the Indian Government. Cashaa’s CEO Kumar Gaurav said, “There is no way any government” can ban crypto given its nature as a global, decentralized system. He further added that the Indian government is making attempts to crack down on crypto scams with the proposed ban.

A Complete Crypto Ban Might Not Be the Future

“Depriving the country of the technology and opportunity which is being created by crypto is not very different from depriving someone of the internet.”

Therefore, it is safe to assert that the Indian government is not looking for a complete ban on cryptocurrencies. Moreover, there was also recent news regarding the government’s proposal to impose 18% goods and services tax (GST) on bitcoin trading. The proposal was made by the Central Economic Intelligence Bureau (CEIB), an arm of the Finance Ministry. The proposal also mentioned that the government could potentially receive Rs 7,200 crore annually on bitcoins trading in the country if the proposal is legalized.

Imminent personalities from the Indian crypto community have faith in the Indian government to decide the fate of crypto in India. Nischal Shetty, the CEO of WazirX, tweeted about the support of youth, saying:

“I’m sure our leaders will positively regulate crypto to help Indian youth participate.”

Apart from this, the Indian judicial system had already stood up one for crypto in March 2020, when the Supreme Court of India lifted the ban on cryptocurrency transactions put by the Reserve Bank of India a few years back.

Crypto Industry Is Hard to Ignore

Considering emerging economies now accepts the existence of the cryptocurrency market, major financial institutions have started to play their role in the global adoption of crypto. Recently, financial giant JPMorgan Chase analysts asked their clients to put a small portion of their earnings in Bitcoin. This is a powerful statement, and it looks like people have taken it quite seriously. After this, Jurrien Timmer, the director of global macro at Fidelity Investments, has asked investors to consider adding bitcoin to their portfolio. Goldman Sachs announced its plans to start trading Bitcoin futures within its Global Markets division. Therefore, it looks like a chain reaction that is determined to go on for a long time now.

Given a situation like this, how could India, possibly put a complete ban on digital assets. Moreover, it is quite clear that the adoption of the crypto industry can boost the economy of the nation and provide revenue to the central government. Therefore, the leaders of the nation are expected to think deeply and finally acknowledge the benefits of cryptocurrencies.