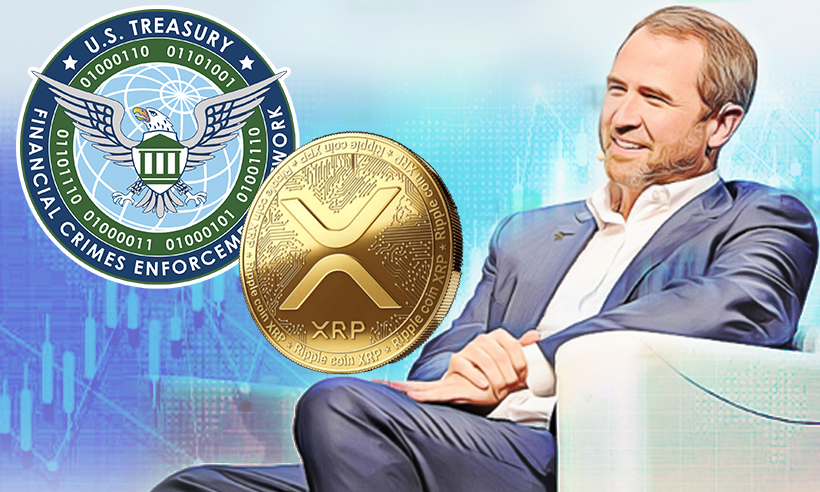 XRP has hit a five-week high after Ripple CEO signaled confidence in its victory over the SEC.  The Ripple-affiliated cryptocurrency XRP has soared to $0.609 at 4:37 p.m. on the Bitstamp exchange. XRP managed to reach its highest level since Feb. 22 when the token briefly soared to $0.65.  It has since pared some of its gains.

Ripple CEO is Self-Assured in Winning the Lawsuit by SEC

As reported, Ripple CEO Brad Garlinghouse expressed his assertiveness that the blockchain company would “prevail” in the lawsuit against the agency. His most recent interview with CNN’s Julia Chatterley reads,

“That certainly could be part of the solution. I think there is certain strangeness that the SEC has kind of picked winners here: it said that Bitcoin is not a security, it said that Ether is not a security, but really everything else, I think, is kind of at risk. Particularly, given what they have done in the lawsuit against Ripple. But, you know, we could do that.”

“I’m really looking forward to the facts coming out in the court case. You know this is something that I haven’t commented on publicly because the wheels of justice kind of move slowly. It’s important that we get the facts out. We heard one side of the story from the SEC,” he added.

The token suffered a massive crash in late December after Ripple was taken to court by the U.S. Securities and Exchange Commission.

According to the XRP holders, the complaint has caused “billions in damages.” The legal battle is now stretching into its fourth month.

In a part of his Axios interview CEO Brad Garlinghouse mentioned that his company may move out of the U.S. if it loses its legal battle with the U.S. Securities and Exchange Commission. In addition, Garlinghouse, a former senior vice president of Yahoo!, says that he wouldn’t want to base his new cryptocurrency company in the U.S if he were to launch one.