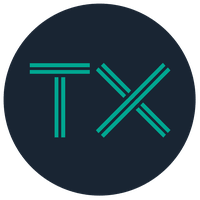 Here is a short overview of the products and services being deployed by SophiaTX, as discussed in the AMA.

Based on the trusted DPoS protocol, the SophiaTX Mainnet was launched back July, running on our own proprietary blockchain designed for optimal and transparent business-to-business transactions. It features a fully operational Wallet and Explorer, which had recently been updated with new usability enhancements.

The SophiaTX Blockchain already supports numerous API’s, allowing integration with systems such as SAP S/4HANA, SAP Business One, as well as programs like Microsoft Office, Java, and Java Script.

A number of additional applications are also currently being tested, such as TX Docs, TX Origin, TX Connect, and many more.

Given our vision to become the world’s leading enterprise blockchain, we are building a learning center designed to educate consultants, developers, and managers in applying our technology. The SophiaTX Academy will combine both e-learning and classroom courses with certification programs, and will mark important step in creating mass awareness and adoption of blockchain.