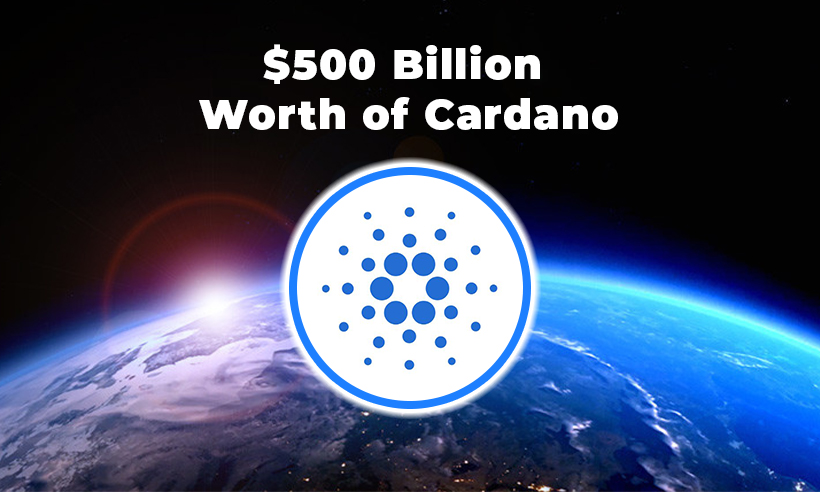 $500 Billion Worth of Cardano Delegated to Mission-Driven Stake Pools

Cardano Foundation has announced that over $500 billion worth of ADA is currently being delegated to mission-driven stake pools. Driven by community initiative, mission-focused pools donate a percentage of block rewards to charitable causes. The largest one has already collected 12.3 million ADA tokens, worth $14.6 million.

Mission-driven stake pools donate a portion of a delegator’s block rewards to charity either through ADA or fiat, in addition to helping validate transactions on the Cardano network in a similar way as other staking pools.

The rewards generated from a mission-driven pool are similar to those of the usual stake pools. Only in the case of the charity-focused pools, delegators can contribute to social causes while profiting from the crypto end.

READ  Charles Hoskinson Claims Cardano to be Superior than Ethereum

This way the Cardano community can support charities while also build upon their ADA balance.

Half a billion dollars worth of Ada delegated to mission driven pools! https://t.co/4JfcHDm7oQ

The mission-driven stake pools will validate network transactions while generating rewards to pass on to charitable organizations.

“We are delighted to share that over US$500,000,000 worth of ADA is currently being delegated to charity-focused initiatives on Cardano through mission-driven stake pools.”

Over 10,000 individual delegators have pledged a proportion of their personal ADA holdings to more than 60 mission-driven stake pools on Cardano that will be donatable to 100 charitable organizations worldwide.

Organizations that are supported by the Cardano community include Save The Children; The Water Project; SolarAid, among many others.

In the near term, there are plans to introduce third-party payment gateways and a fully transparent auditing method created with metadata on Cardano’s blockchain.

Meanwhile, Canadian Securities Exchange-listed company Graph Blockchain Inc. has announced on investing $300,000 in Cardano (ADA) for the purpose of staking. By mining through Proof of Stake using ADA, the blockchain solutions company provides its investors exposure to the potential gains that the cryptocurrency can provide.