ADA and BCH Reacted Differently to the BTC Fall

The consolidation triangle in the BTC market has finally broken in favor of sellers. The critical range of $32,000-$33,000 was broken. This in fact significantly affected the entire crypto world, but the impact on each coin was different.

If we take the example of the ADA, we see that its price began to correct the growth wave on 18 January. In 5 days, sellers managed to lower the price by almost 30%. The positive fact is that before the correction, buyers managed to reach our target, which we wrote about in previous articles. 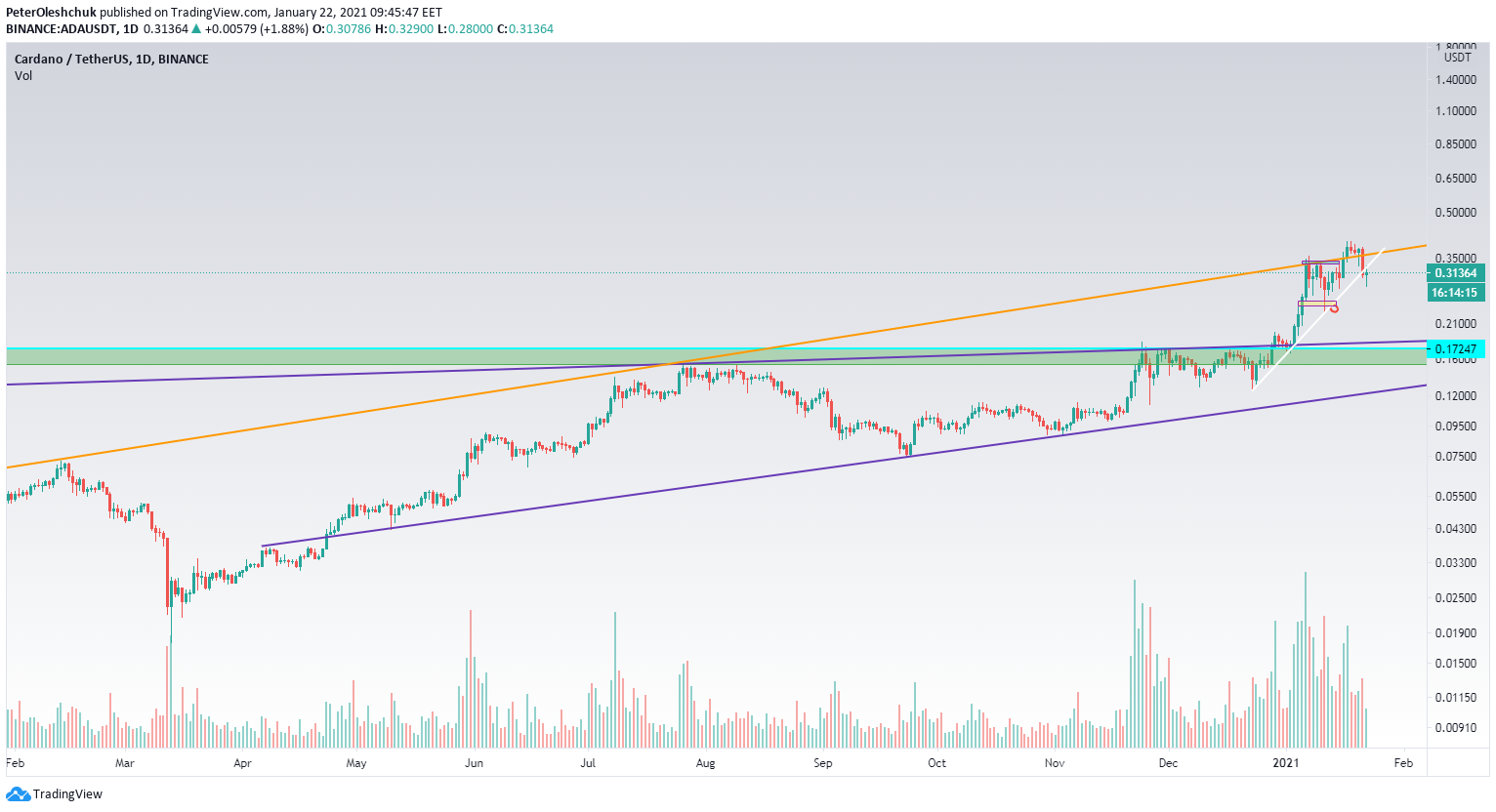 As you can see in the chart, the ADA price hit the orange trend line. And sellers have not let the price move above it since February 2020.

Given that in the previous two cases, the ADA price began a profound correction after the test of this trend, such a possibility exists now.

However, an important fact – in the previous two cases, BTC did not cost more than $20,000. In addition to the interest in the project, as evidenced by the trading volumes, the positive dynamics is noticeable on the chart of the ADABTC pair: 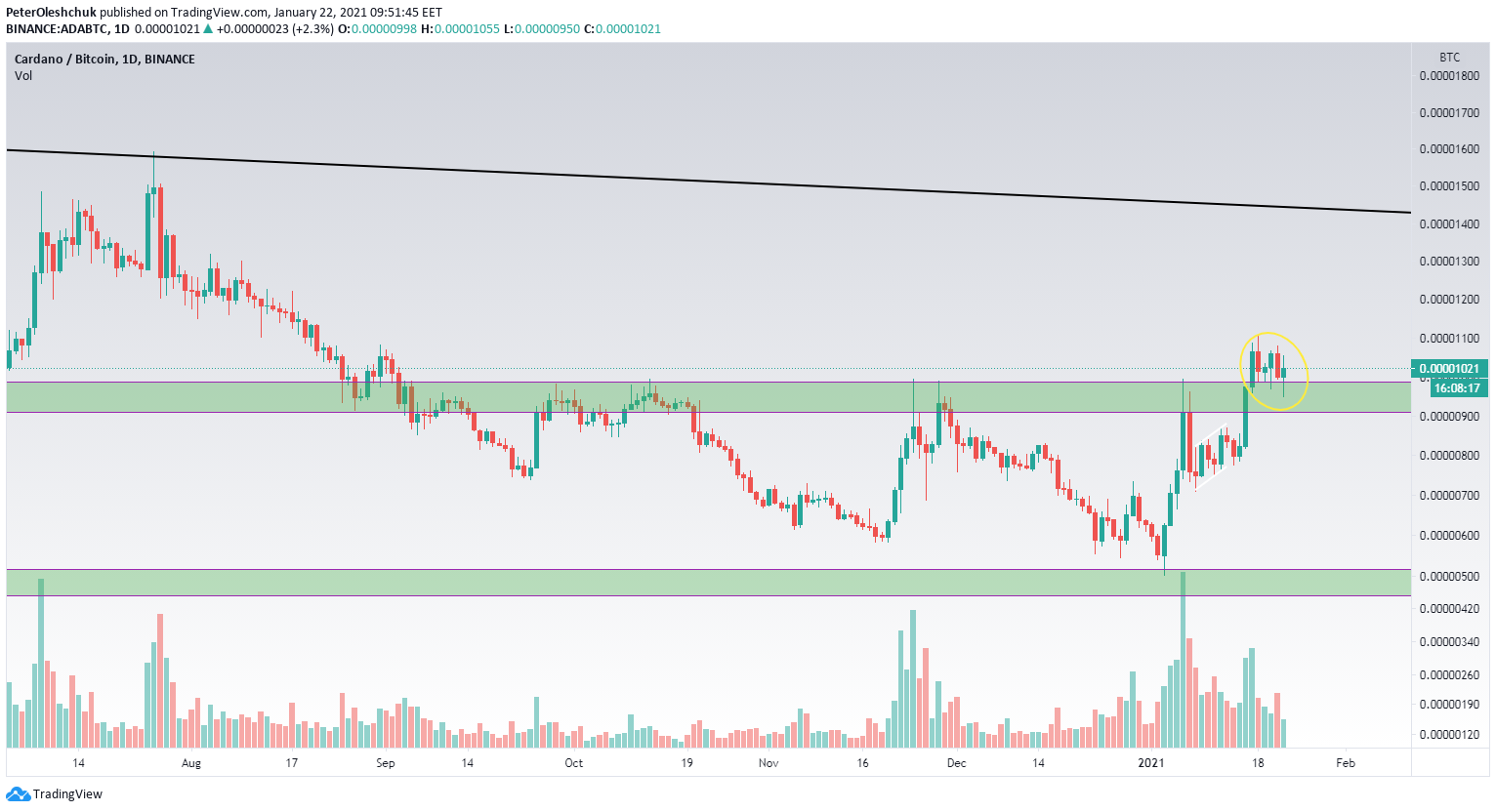 If we compare ADA to BCH, then despite the higher daily trading volumes, BCH is performing worse.

So far, buyers have failed to maintain the critical range of $450-$500, which should act as a springboard for continued growth with a target of 1840. In the previous article, we wrote that a loss in the BTC market of the range of $32,000-$33,000 would return the BCH price within the two-year consolidation period.

Today, the range of $450-$500 has become a serious problem for buyers. A second attempt to return this range might be unsuccessful – the BCH market is again waiting for a test of the range of $260-$290. 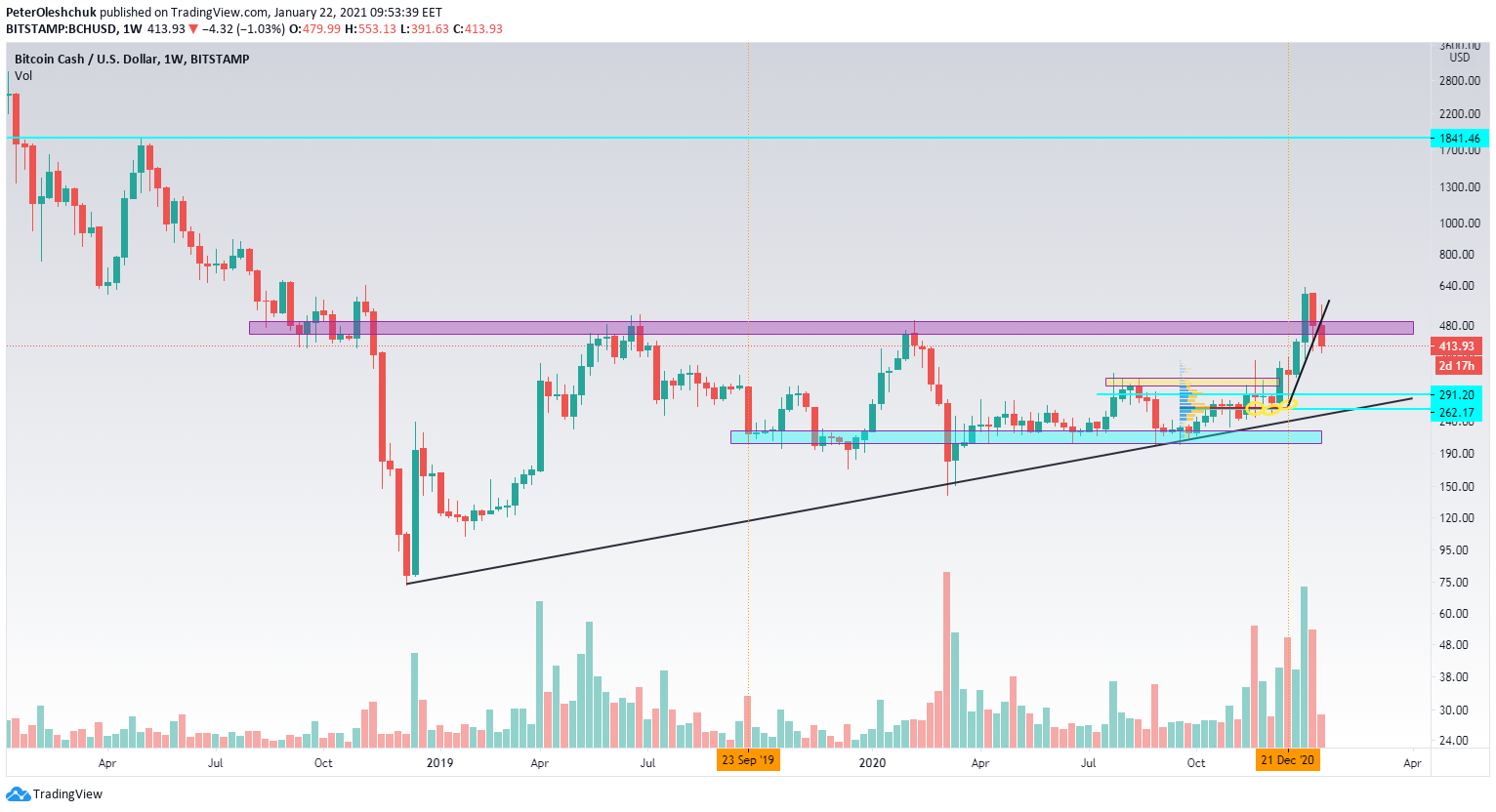