ADA Is Preparing for a New Upward Momentum 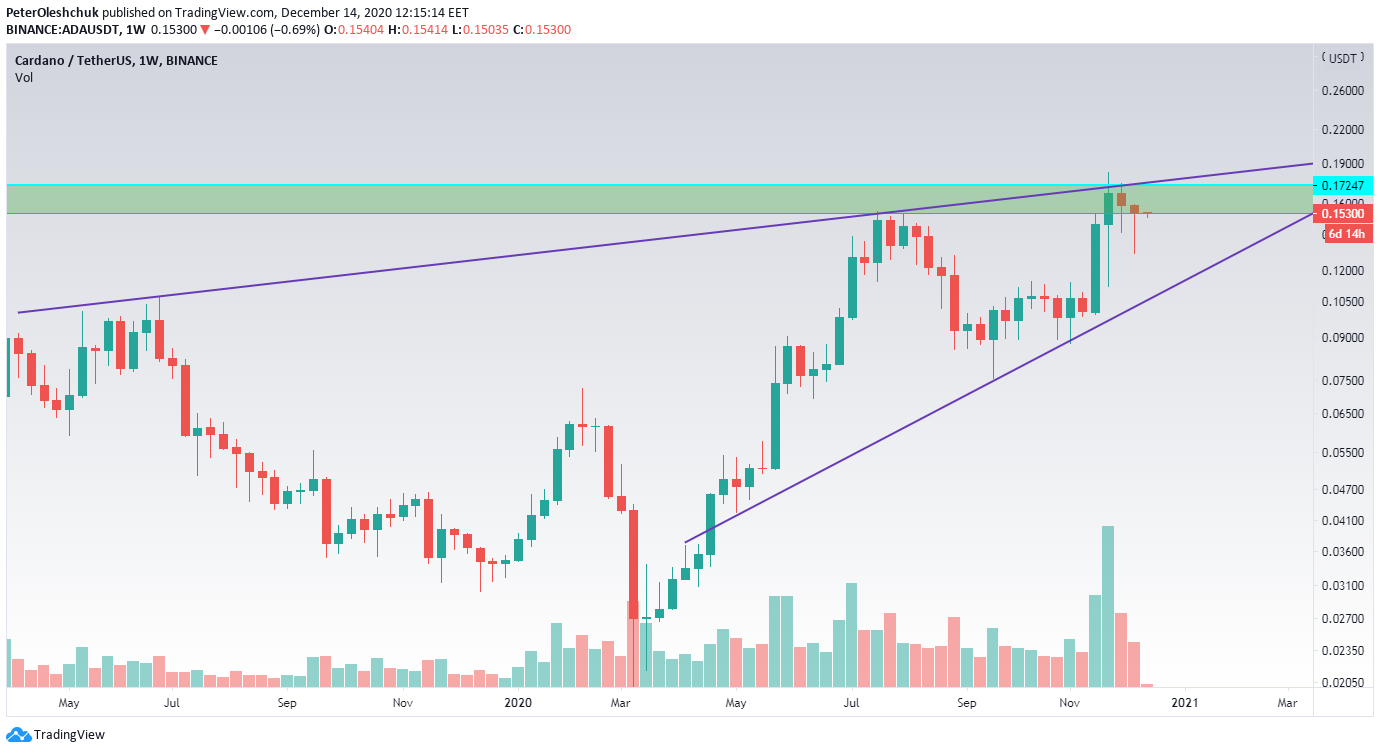 Demand for the Cardano project coin remains high even during the growth correction. The previous two trading weeks in the ADA market confirm this. After the price lower by almost 20% last week, sellers again failed to keep the occupied territories. As a result, two weekly candles in a row form pin downwards, indicating a high concentration of buyers in the market. Trading volumes during the previous two weeks were above average. However, comparing them with the ADA market growth since mid-November – those who want to sell less than buy.

The main resistance last week was the level of $0.138, below which buyers were actively involved in the fight: 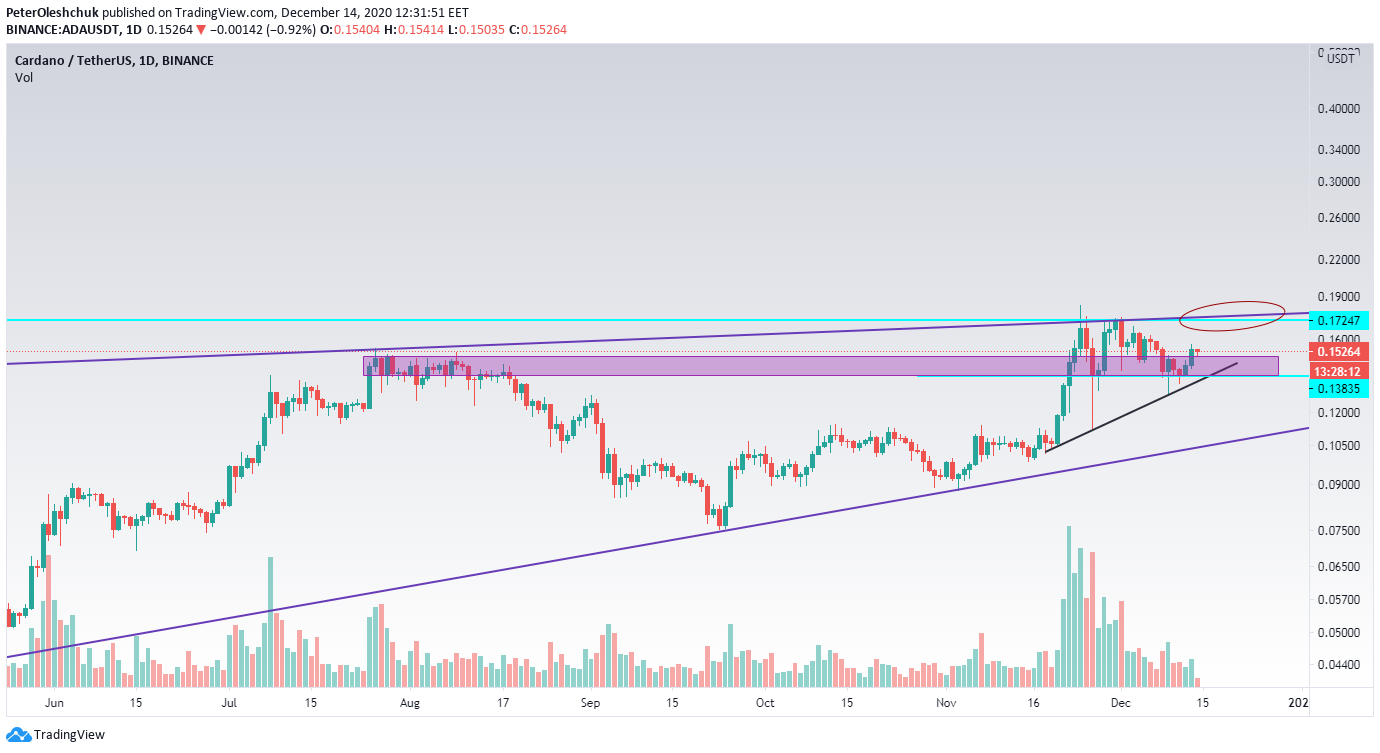 As you can see in the chart, the mark of $0.138 is the lower limit of the liquidity range $0.138-0.148. It was in this range that the local high of the ADA coin was set in early August 2020. Then in August, sellers kept the range and formed a fairly deep correction to the mark of $0.075. Currently, buyers are fixed above this range, buying up the last volumes of remaining sellers. Successful implementation of this plan will encourage buyers to break the mark of $0.0176 and global price growth to $0.037.

The ADA Consolidation Range of Trades Is Narrowing

If you try to dig even deeper, a symmetrical triangle was formed on the 4-hour timeframe, which has a higher probability of breaking up: 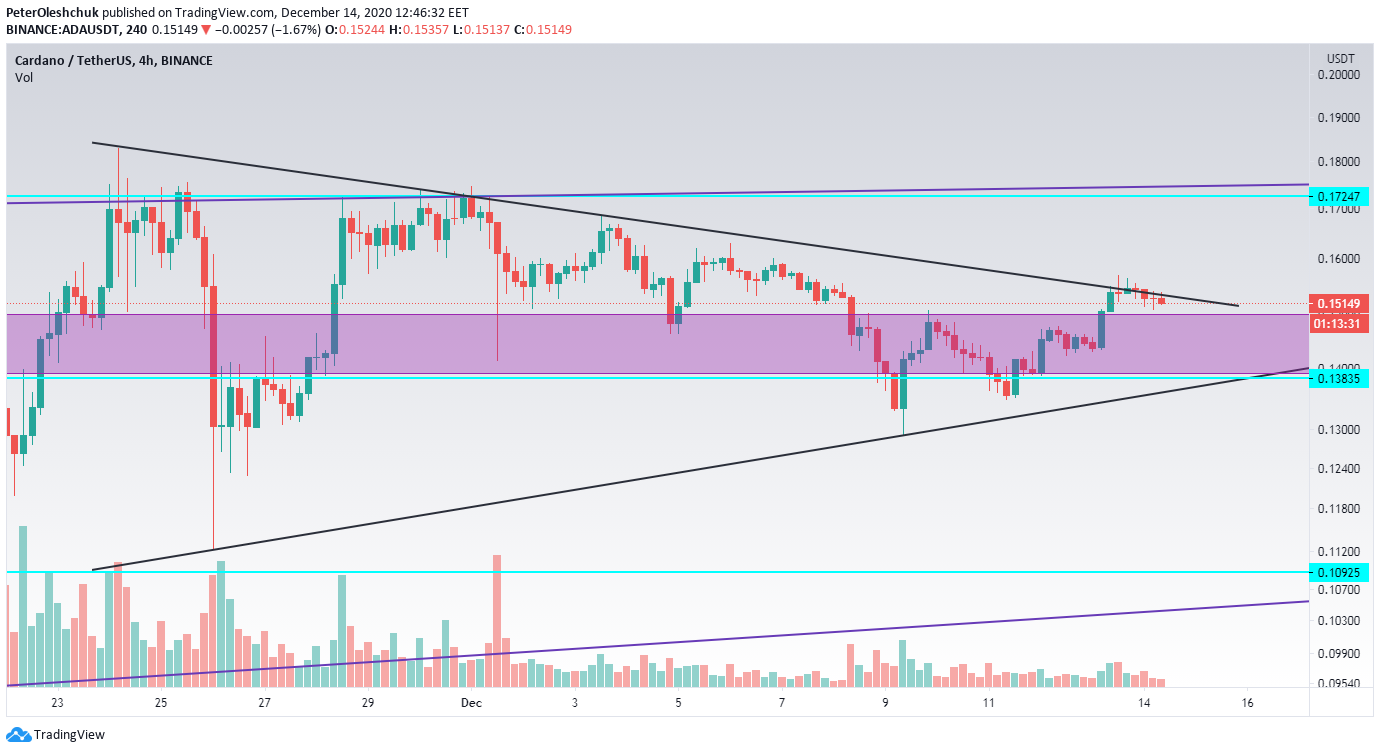 Looking at the price slowdown near its upper trend line, the probability of re-testing $0.138 is very high. Correction to $0.11 or medium-term ADA growth to $0.037 – this test will solve it. Low volumes and slow price growth to this mark will indicate an aggressive growth start from the next week. The falling momentum, supported by high volumes, will show enough strength of sellers for a full correction and will force buyers to retreat. Nothing is so exhausting in the market as a protracted consolidation. Therefore, one can only wait for the checkpoints to determine the correct scenario.