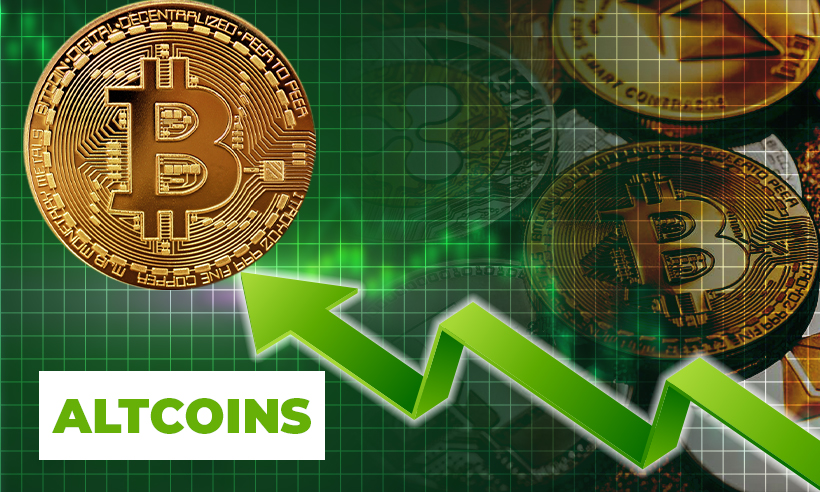 Similar to previous waves, (BTC) makes a significant run-up in price and enters a consolidation period. The Funds then begin to migrate into large and small market cap altcoins.

As Altcoins Touch Multi-Year Highs While Bitcoin Price Scales Up

According to analysis from Jarvis Labs Co-Founder Ben Lilly,

“The on-chain metrics indicate a solid base of support for Bitcoin’s price with the only headwinds coming as a result of volatility in funding rates as soon as there is any sort of pump.”

Lilly said: “Either way, we are setting up for a strong later half for April and beyond especially with the Grayscale Effect kicking in around that time.”

The Tron (TRX) ecosystem saw a noticeable uptick in its trading volumes over the past 2 days with the gambling-focused WINk token experiencing the biggest growth as it surged 325% from $0.00059 on April 3 to a new all-time high of $0.0025 on April 5.

Apart from Tron, India-based crypto exchange WazirX saw its native (WRX) token grow by more than 350% over the past two days, catapulting from a low of $1.47 to a new all-time high of $5.88 on Monday thanks to a record 2 billion in trading volume.

The Data from TradingView shows that while Bitcoin is trading in a range between $57,000 and $60,200 over the past week, multiple altcoins saw double-digit gains as exchange listings, and protocol developments brought a new wave of enthusiasm and trading volume for selected projects.