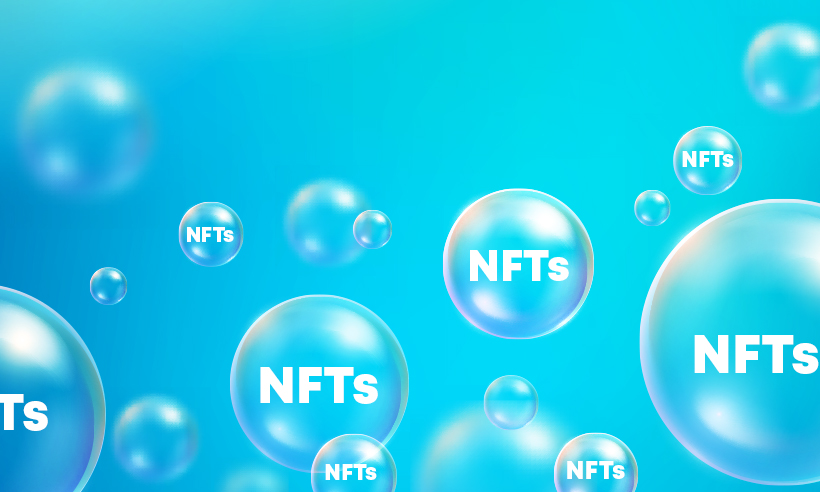 An Overview of the NFT Market

The most widely known application of blockchain technology is none other than cryptocurrencies such as Bitcoin and Ethereum. Users can bypass middlemen and transfer value directly in the Bitcoin and Ethereum networks. The emergence of programmable smart contracts has further expanded the application scenarios of blockchain technology, allowing everyone to create their fungible tokens (such as stable coins), which are commonly used in the Defi ecosystem. Non- Fungible Tokens ( NFT, Non-Fungible Tokens) are the latest development direction in this field. NFT, which now has a market of its own, represents a unique item, such as digital artwork, virtual game items, rare collectibles, or other digital or physical assets.

The characteristic of fungible assets such as the US dollar is that each asset is indistinguishable and interchangeable. Non-fungible assets such as NFTs are different. Each NFT represents the ownership of a specific asset and is therefore unique. Asset ownership is verified and tracked through the public blockchain network, and users can verify the authenticity of each NFT and trace the source. Therefore, the most accurate definition of NFT is “an anti-counterfeiting certificate issued by the original creator”, which can use encryption technology to prove the ownership of the official version of an asset by the NFT holder.

An Opinion On NFT Market from Denis Seleznev

“Denis Seleznev, a businessman, and digital investor believes that NFTs in their current state are a bubble. However, Denis adds that the “NFT technology is still in its early stages, therefore in the near future and increase in adoption will be seen with a greater variety of use cases ranging from music to real estate becoming more common”

The Development History of the NFT Economy

After the release of CryptoKitties in 2017, NFT entered the public eye for the first time. EtherCAT is a decentralized application released on Ethereum. Users can cultivate and collect various e-cats in the game. Nowadays, high-performance blockchain and layer 2 solutions continue to emerge, various expansion solutions make high-throughput dApps a reality, and the eyes of collectors and artists have returned to the NFT field.

The homogenized token uses the ERC20 standard, while the NFT is usually created using the ECR721 or ERC1155 standard. These standards provide templates for smart contracts and how users interact with NFTs. This standardization has accelerated the development of NFTs and has spawned various markets such as Rarible, OpenSea, and Deedy Digital where users can easily issue and purchase NFTs, which has further promoted the development of the NFT ecosystem. The NFT transaction volume in these markets has grown rapidly, and the monthly transaction volume has exceeded 150 million US dollars.

The NFT Economy Has Seen Explosive Growth In Recent Months

The “Cambrian Explosion” of the NFT market gave birth to a variety of unique applications. These applications have played into the innovative potential of non-fungible tokens, and the purpose is usually to improve the efficiency of asset ownership transfer, reduce reliance on intermediaries, and retain value to creators and the market as much as possible. NFT is still in the early stages of development, and more potential will be released in the future.

In-Depth Analysis of the NFT Market

Digital artwork one, of the most well-known application scenarios of NFT, is to allow artists to use tokens to represent the ownership of their digital artworks, which can greatly enhance the liquidity of artworks. Nowadays, the online art market is centralized, the operation process is not transparent, and the platform squeezes a lot of value from it. Creators have to pay huge fees to put their works on the platform, and they can only blindly trust that the platform will display and distribute their works fairly. With NFTs, artists can easily sell their digital artworks and earn income from selling NFTs on the secondary market. This is a sustainable economic model.

The most recent NFT artwork that made headlines is “Every DayThe First 5000 Days and Nights” by artist Beeple. After 13 years, this work has collected 5,000 photos and recently sold more than 69 million US dollars through the issuance of NFT. People adopt the popular ERC721 certificate standard to directly realize the digital artwork and prove the ownership of the official version through encryption technology. In addition, thousands of digital artworks are also sold through the issuance of NFTs, benefiting artists from all over the world.

NFT is the foundation of blockchain games. It tokenizes, tracks, and transfers unique game items. Distributors of traditional online games are usually centralized entities- they have complete control over the distribution, ownership, and attributes of game items. These attributes often determine the value of game characters and the outcome of the game. If the game publisher goes bankrupt, the game items that gamers have spent countless hours collecting will no longer exist.

NFT not only ensures that gamers can fully control their game items but also creates a brand new game experience. For example, create an interoperable metaverse, in which items in one game can be used and traded in another game; or create a “play-to-earn” model, where users can Sell the NFT obtained in the game to others to realize the time and energy invested in the game.

A recently popular blockchain game is called Axie Infinity. This game is based on the NFT model and creates a Pokémon universe. The fantasy wizard in the game is called “Axie”. Each Axie is unique and can pass blocks. Chain for verification. Each Axie is bound to an NFT, which contains metadata such as character attributes, appearance, and ownership. The game is connected to Chainlink VRF to obtain verifiable random numbers which can increase the rarity of Axie such as Quad Mystic, so it is more attractive to players in the Axie universe.

Like physical collectibles such as ball cards and stamps, collectors of digital collectibles collect electronic items they consider valuable to show their support for a company, brand, or game. The transportation of physical collections takes time and maintenance costs. On the contrary, NFT does not have these restrictions, because the collection is completely electronic, can be transferred in just a few seconds, and will never be depreciated.

CryptoPunks is one of the most famous NFT digital collections. There are 10,000 8-bit style characters. These characters are generated by algorithms, so each is unique. CryptoPunks are the first NFTs to appear and are distributed to users for free. The platform continues to attract a large number of users who want to have a veteran NFT.

NFT can be used not only to represent the ownership of digital assets but also to represent a series of off-chain assets such as real estate, government documents, certificates, and degrees. Using tokens to represent real-world assets can greatly improve the efficiency of ownership transfer and provide an authoritative source of facts to verify the authenticity of personal qualifications and assets.

Although the use of NFTs to represent real-world assets is still in the early stages of exploration, it has huge application potential, such as the issuance of real estate certificates using rent as collateral; digital certificates are issued directly without corresponding physical documents, and academic qualifications and intellectual property rights. Various records are turned into tokens to realize information transparency and automatically execute transactions on the chain.

Digitization is a major trend in world development. Therefore, it is necessary to ensure that the entire creation process of NFT is fully verifiable, including not only the ownership of the token but also the attributes and issuance mechanism of the NFT.

The Importance of Verifiable Random Numbers to NFT Market

The unique digital artwork NFT can set all the attributes in advance before being put on the chain, but there are also many NFTs that need to be connected to a random number generator (RNG) to determine its rarity. This includes randomly selecting attributes such as the force value of game items or ensuring that all participants can participate fairly, such as lottery games that issue NFT rewards.

However, if the random number is manipulated during the generation process, the attacker may use the random number vulnerability to launch malicious attacks, such as casting the rarest NFT for himself or transferring lottery prizes to his wallet address. This will have a serious impact on the value of NFTs because users cannot verify whether the attributes and assignments of NFTs are random.

The most relevant indicators of the NFT market ARE-

The total NFT transaction volume is a basic indicator that can indicate the number of transactions and the total value exchange between participants. It is presented through legal currency and encrypted currency. This indicator is mainly affected by factors such as new players and pre-sales.

Liquidity is a key indicator of the health of any market. By observing liquidity, it is possible to analyze whether the composition of market assets is stagnant or liquid. Excessive liquidity often indicates the arrival of a bubble, while lack of liquidity reflects the dead silence of the market.

(4) Distribution of primary and secondary markets

The primary market will only provide information on the issue of new tokens by the project. If a secondary market does not exist, it may indicate that the owner owns assets and waits for an opportunity to sell. Of course, on the other hand, it can also reflect abandoned communities.

The highest price transaction should also be seriously considered. Every auction transaction has potential background factors. A full understanding of the special value behind high-value assets is still an indicator of the value of digital assets by certain collectors.

(6) Distribution of transactions in each sector

This section’s analysis provides the development direction of the NFT industry and the main trends of the potential market. The market segments analyzed are as follows: art, collectibles, virtual platforms, sports, games, and public utilities.

(7) Distribution of NFT transactions in each sector

To understand what factors are driving the growth of a particular sector, we analyzed and investigated the role of different projects in each sector.

Recently, “NFT” has been a buzzword making noise all over the Internet since the beginning of 2021. NFT is a type of digital asset that uses blockchain technology. Unlike virtual currencies such as Bitcoin, which can be used as money, each issued data is “unique” and cannot be divided or exchanged at a fixed value.

If certain digital data is “NFT”, the information can also be used as a “certificate” that can be described on the blockchain as unique and non-replicable. It has been in the limelight as these characteristics can be utilized in the world of digital art and games. 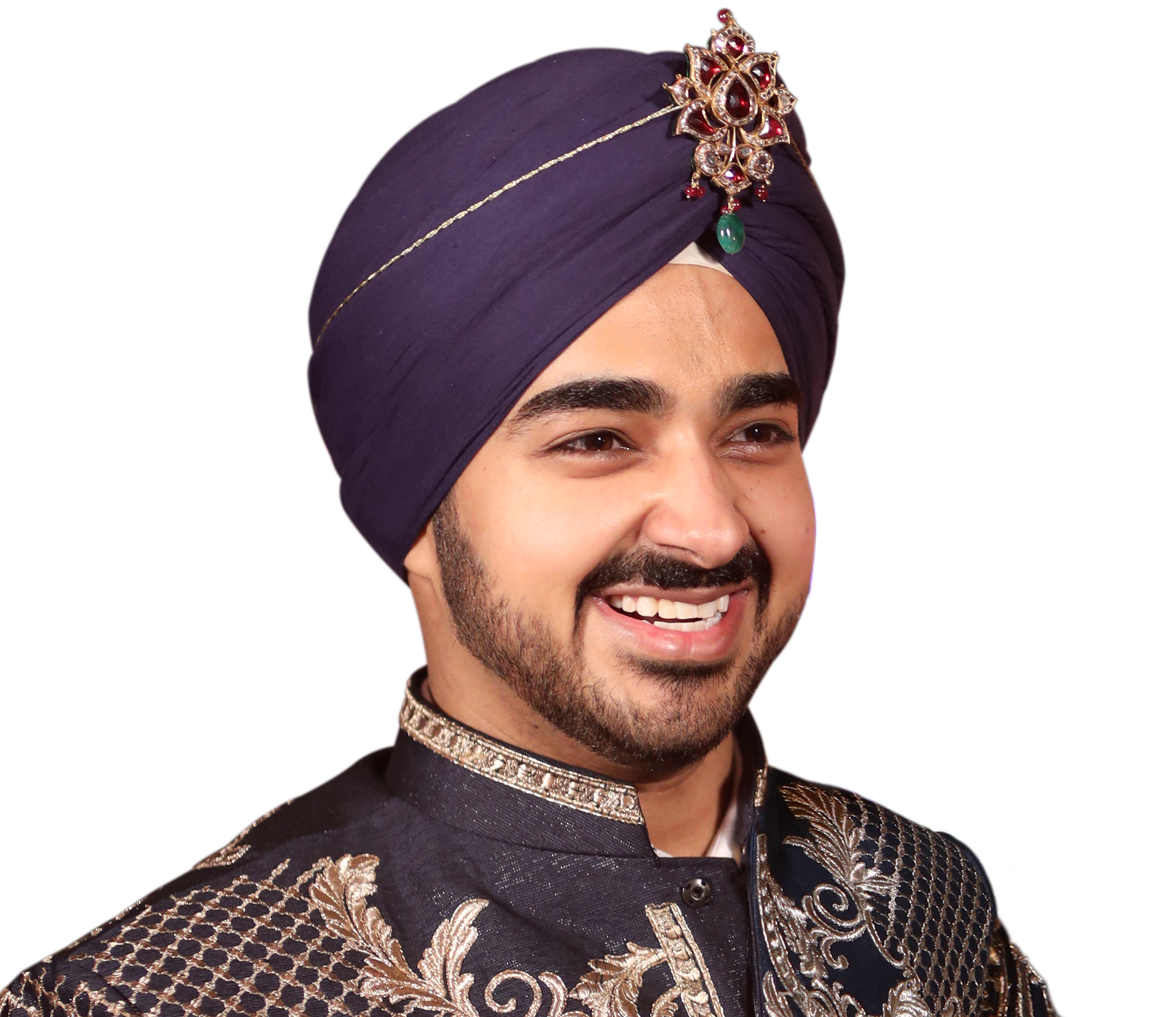