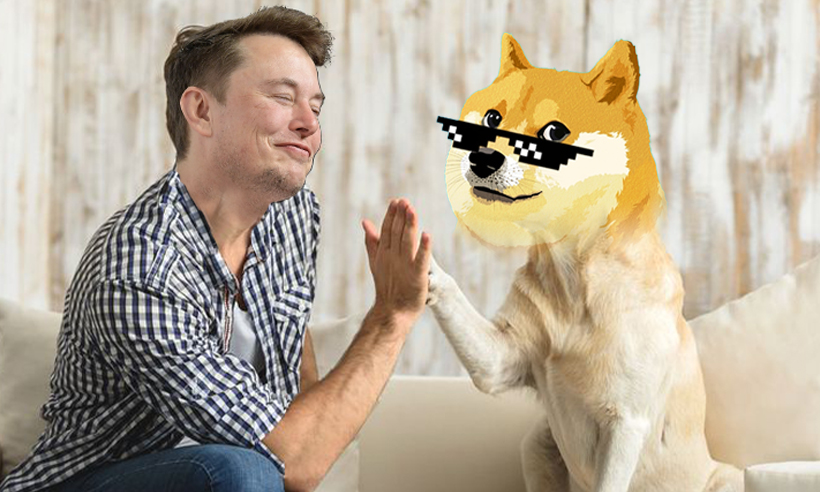 Dogecoin to Drop by 60% Despite Support From Elon Musk – Analyst

Following a drop from its peak in May, Dogecoin charts are reflecting an alarming bearish structure signaling another imminent crash in prices. One analyst predicts that this time even Elon Musk himself cannot save the token from sliding by more than 60%.

The “Head and Shoulder” pattern is a classic bearish structure that forms when an asset creates three peaks on top of the same support level, with the middle peak looking taller than the other two. Tyler Durden, a pseudonymous analyst, has pointed to this structure in DOGE charts to predict a decline of 67% in the currency’s value.

Terming it as“programmed”, Durden suggested the pattern’s ability to crash assets once it drops below the $0.299 support level.

Conventionally, in such a scenario the asset’s projected lower target is supposed to be equal to the height of the pattern. With Dogecoin, the maximum length between the pattern’s top and downside level is estimated to be $0.197. This, in Durden’s view, pushes the support level near the $0.05 mark.

Even Elon can't save this with his tweets. He's tried and each time he just created another lower high.

Since the beginning of 2021, the meme currency’s price has increased by 16,462% and it continued its impressive streak until 8 May, when it topped out at $0.76. The currency also briefly became the best performing financial asset in the world, beating Bitcoin, stock markets, and even gold, when its net returns from March 2020 onwards came out to be a staggering 67,757.14%.

It’s no secret that Dogecoin’s successful run was fuelled by the tweets from Elon Musk, who propped the currency’s potential on several occasions during its rallying phase. Take, for instance, the token’s trading history from April 28, when Musk declared himself as “Dogefather”, sending DOGE prices upwards by 18%. Or the time when he decided to work with Dogecoin developers to improve its transactional efficiency, which resulted in a 25.5% boost for the market.

Unfortunately, the buying frenzy led by Musk’s exchanges on Twitter prevented DOGE from attaining a sustainable lower limit on prices. So far, the currency has only once maintained a price floor for an extended period. This happened during February and March when the currency maintained a lower price level in the range of $0.040-$0.047.

It is expected that before reaching Durden’s $0.01 price target, DOGE will briefly maintain its previous price floor of $0.040-$0.047 owing to its historic significance for the currency.

DOGE Is a Pump and Dump Token: The Asian Investor

Meanwhile, another pseudonymous analyst, The Asian Investor, believes that technical levels will not stop Dogecoin from falling harder. In an opinion piece, The Asian Analyst noted that Dogecoin could eventually drop to $0 as it gets overshadowed by new pump-and-dump investment opportunities. He wrote, “With new pump-and-dump “opportunities” popping up every other day, it is not very appealing to invest [in] an “asset” that has already risen this much. Expect Dogecoin to fall towards $0 this year and die a slow death.”

READ  Uniswap (UNI) and AAVE Technical Analysis: What to Expect?