AXS coin price approaches a strong support curve in the daily chart. This can lead to the bullish breakout of short-term consolidation.

Axie Infinity, a blockchain-based trading game and battling game, is partly owned by and operated partially by its players.

Sky Mavis, a tech-focused game developer based in Vietnam, founded Axie Infinity in 2018. Trung Nguyen and Aleksander Larsen co-founded it. The current CEO is Trung Nguyen.

Let us now look at the detailed analysis of Axie Infinity cryptocurrency.

Past Performance of AXS

AXS coin price has been moving in a sideways trend since the rejection near the $150 mark. The formation of a consolidation generally leads to an accumulation of trend momentum. Hence, the breakout of this range will lead to a boom in trend. Moreover, the price approaches the support curve that can lead to a bullish breakout. 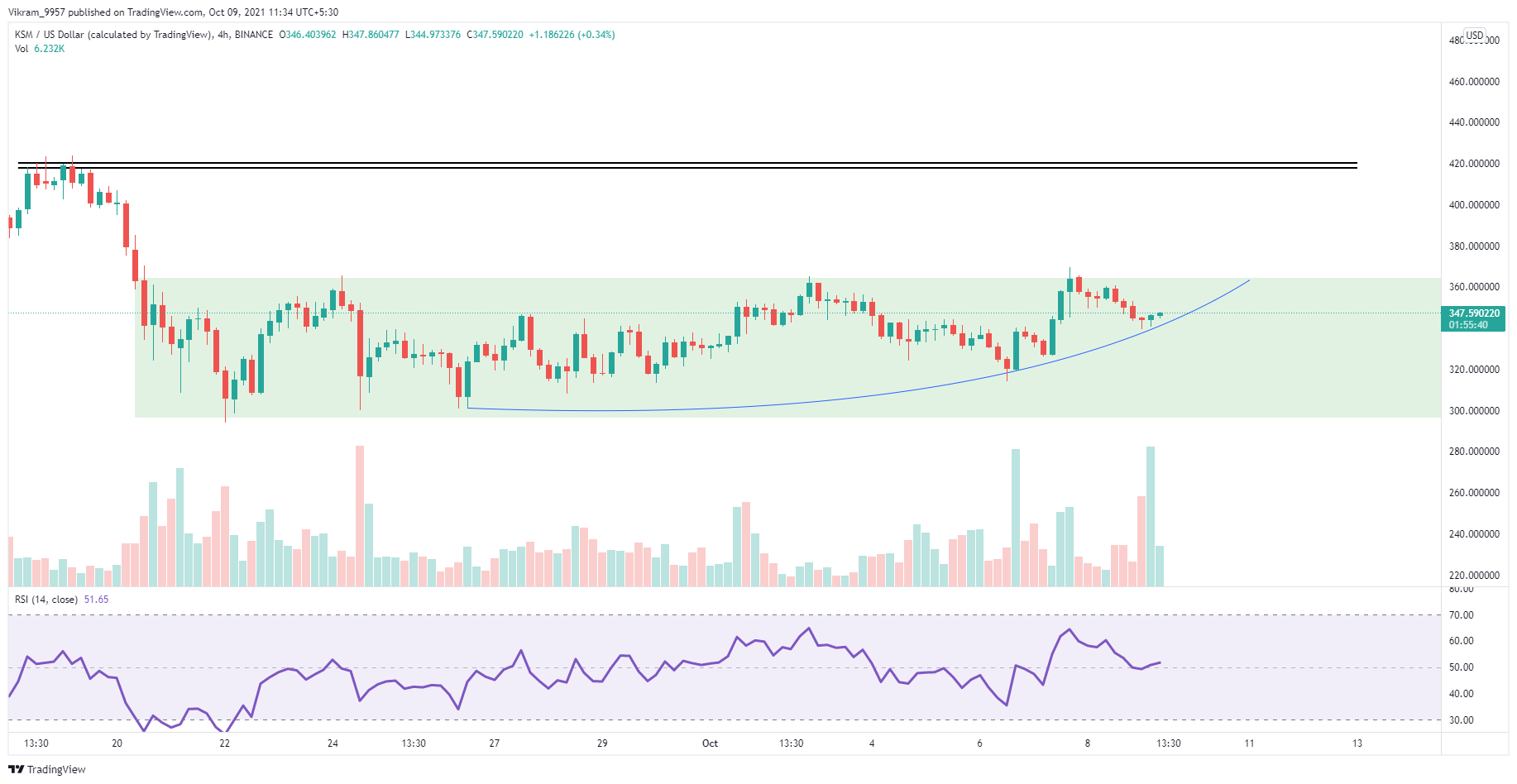 The 4-hour chart shows the coin price is trading close to the support level of the consolidation. However, the price finds demand near the range evident by the recent rise.

MACD and signal lines on the daily chart rise higher above the zero line. Moreover, the lines maintain a bullish alignment with the recent rise in the bullish histograms. Hence, the indicator gives a strong bullish signal.

The slope for the RSI indicator rises with higher highs within the overbought territory. Therefore, RSI indicates a strong bullish signal.

As per the Axie Infinity technical analysis, the situation is incredibly bullish for AXS crypto. The price action indicates the recent pullback taking support near $120. As a result, the price finds bullish demand leading to another bull run.