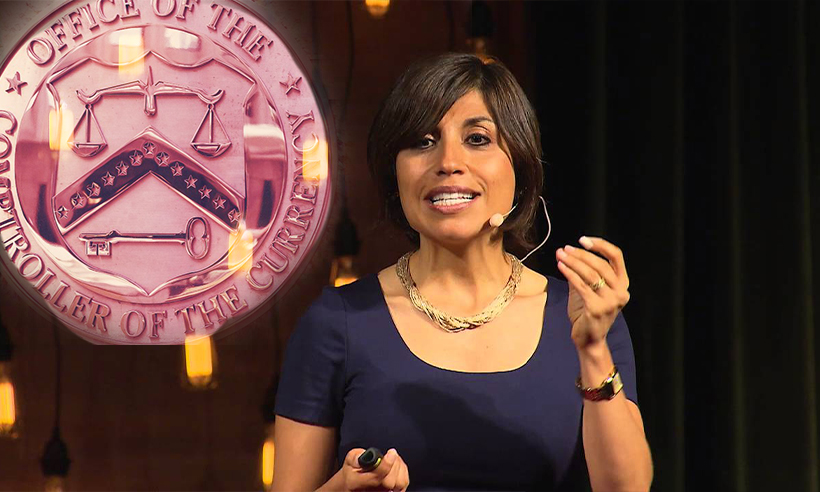 President Joe Biden has rumouredly picked a new candidate for OCC chair, Mehrsa Baradaran, who is a vocal Bitcoin skeptic. The initial focus to lead the OCC was Michael Barr, a former Treasury Department Official and key regulatory figure in the post-financial crisis given his ties to fintech firms and certain Obama-era policies. However, the decision has shifted towards Mehrsa Baradaran, an academic scholar who has experience in publishing works about racial injustice in the U.S. banking system. Apparently, the new leader has previously expressed skepticism in Bitcoin before the Congress.

The recent nomination to lead top banking regulator the OCC is Mehrsa Baradaran.

READ  Why the Bulls Understand that Every Dip Is an Opportunity to BUY!

Baradaran would be not a popular choice for the crypto community, given her skepticism towards cryptocurrency in the past.

For instance, in a testimony to Congress in mid-2019, Baradaran compared Bitcoin to tulips, South Sea stocks, and other bubble-prone assets.

She also pointed out that many Bitcoiners are usually philosophically opposed to regulation. She even cited an academic paper that described the politics of Bitcoin as right-wing extremism.

Baradaran before the Senate Committee on Banking, Housing and Community Affairs said on the crypto industry:

“While I share many of the cryptocurrency industry’s concerns with respect to failures of the banking industry, I do not believe cryptocurrency is the best solution to the problems of financial inclusion and equity in banking.”

It is not known yet whether her view on crypto is the same as the one she shared nearly two years ago.

Just this week, the Biden administration was close to naming Baradaran, however, the precise timeline for an OCC appointment is unclear. This signifies it might be weeks before a formal announcement.

Even though Baradaran could be the first woman of color to lead the OCC, it could also trigger uncertainty in the crypto sector.

Given the chaos created by the Trump administration, bitcoiners are anxiously optimistic about how regulators will approach the cryptocurrency space during President Joe Biden’s administration.