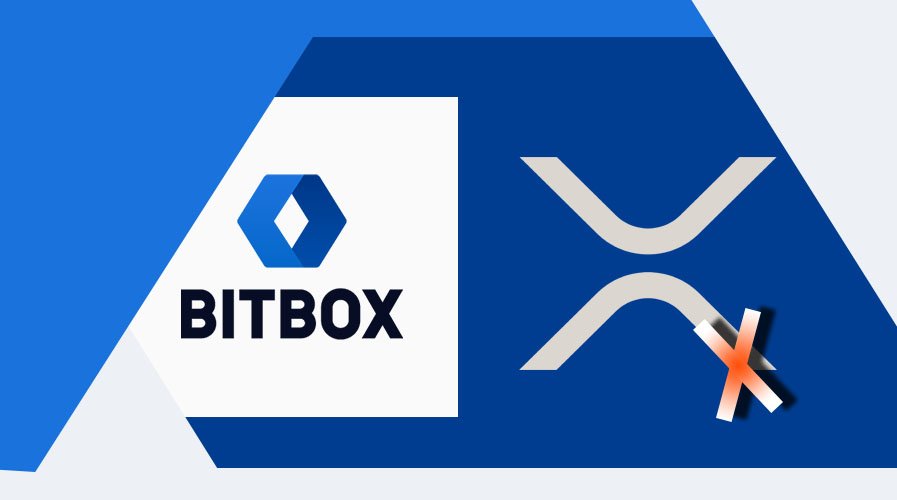 Bitbox, the Singapore based crypto exchange from Japan’s messaging giant Line has released a circular on Monday stating that they would be delisting the third-largest cryptocurrency XRP from its platform. The announcement noted that the delisting would take place on 16th January. The exchange would also delist several XRP pairs tied against Bitcoin, Ethereum and Tether. Users on the platform can withdraw their XRP holdings by February 16 failing which they would not be able to retrieve their funds.

The crypto trading platform did not provide the exact reasons why they have decided to remove the altcoin; however, the official statement suggested that it was a routine task where if a token is not performing as per the standards set by the platform, then they are removed. The official statement read,

“We keep a constant watch on all coins that are being traded on BITBOX. If a coin does not meet our standards based on its performance, reliability, liquidity, or law and regulatory requirements, it will be delisted from our exchange. To protect your assets and interests, we provide sufficient notice before delisting.”

Bitbox is one of the two crypto exchanges operated by the messaging giant Line which offer its crypto trading services to almost 80 million users.

XRP And the Liquidity Token Argument

XRP hasn’t lived up to the expectation of the community in terms of pricing. In 2019 while most of the altcoins went through a phase of highs and lows but XRP remained almost unaffected and failed to break past the psychological barrier of $0.30. This has baffled many analysts as well because, despite any significant price movement, XRP has maintained its third position on the crypto rankings by market cap.

Ripple has maintained that XRP is increasingly used as a liquidity token by a series of banks which uses Ripple’s cross-border remittance services.