Bitcoin (BTC) Technical Analysis: The Price Is Moving to the $40,000 Mark 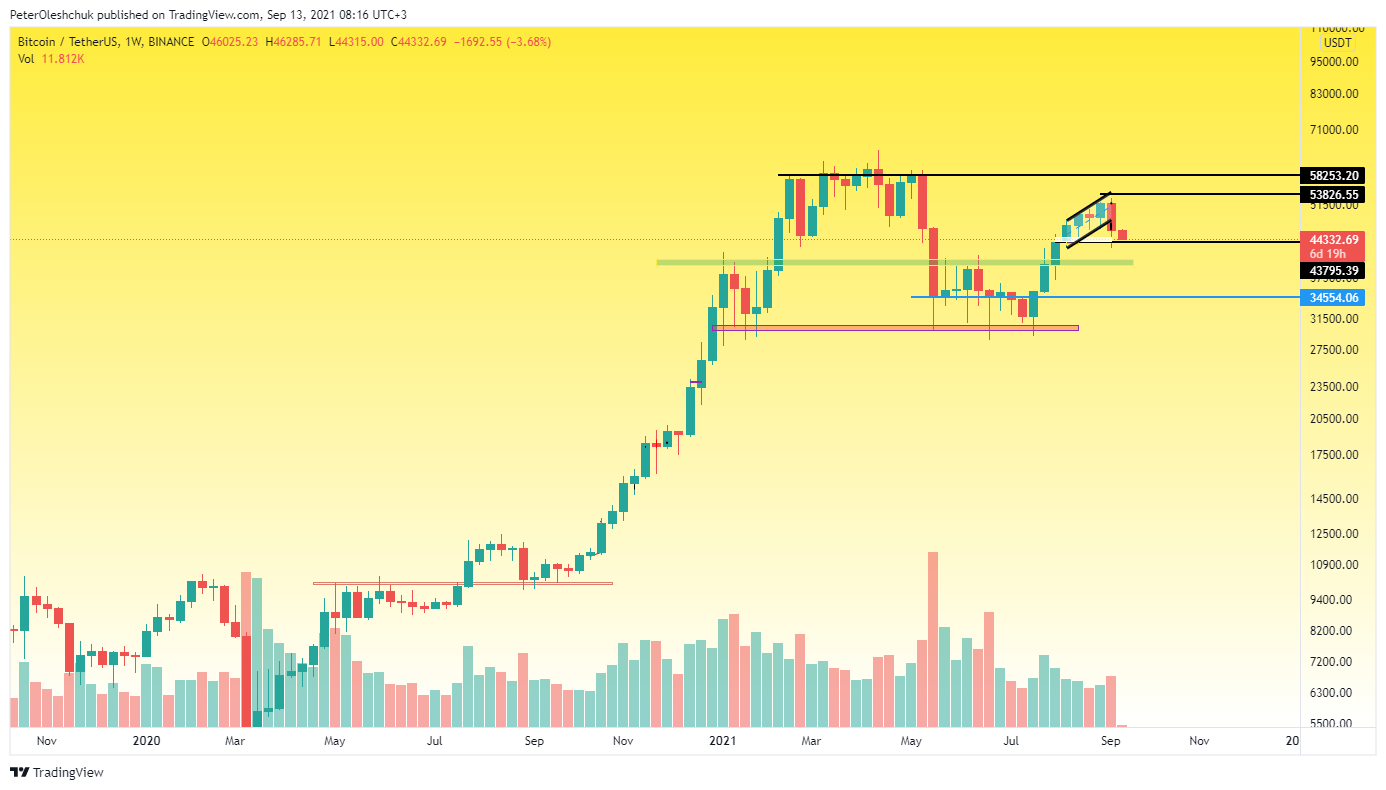 The previous trading week on the BTC market was held under the song of sellers "Correction is needed." Setting the closing price at $46,025, sellers lowered the Bitcoin price by 10% and covered the bodies of the previous three weekly candles. A powerful downward impulse that lasted for 2 hours and significantly affected the entire cryptocurrency market. However, buyers could not prepare a decent answer for a whole week.

Thus, using the average volume, sellers were able to arrange favorable conditions for a start of the correction lasting at least 2-3 weeks. In the previous analysis, we wrote that the main range that needs to be kept to complete the local downward trend is $43,000-$44,000. At the moment, buyers still control this range.

However, the dynamics of price movements since the beginning of the week indicate a high probability of the continued fall to $40,000. The whole growth wave, which lasted from the end of July 2021, took place at low volumes. And the nature of the price movement, the current growth wave, is more like a correction of the falling impulse, which began in late May. Given these facts, you should be morally prepared for a deeper fall than $40,000. 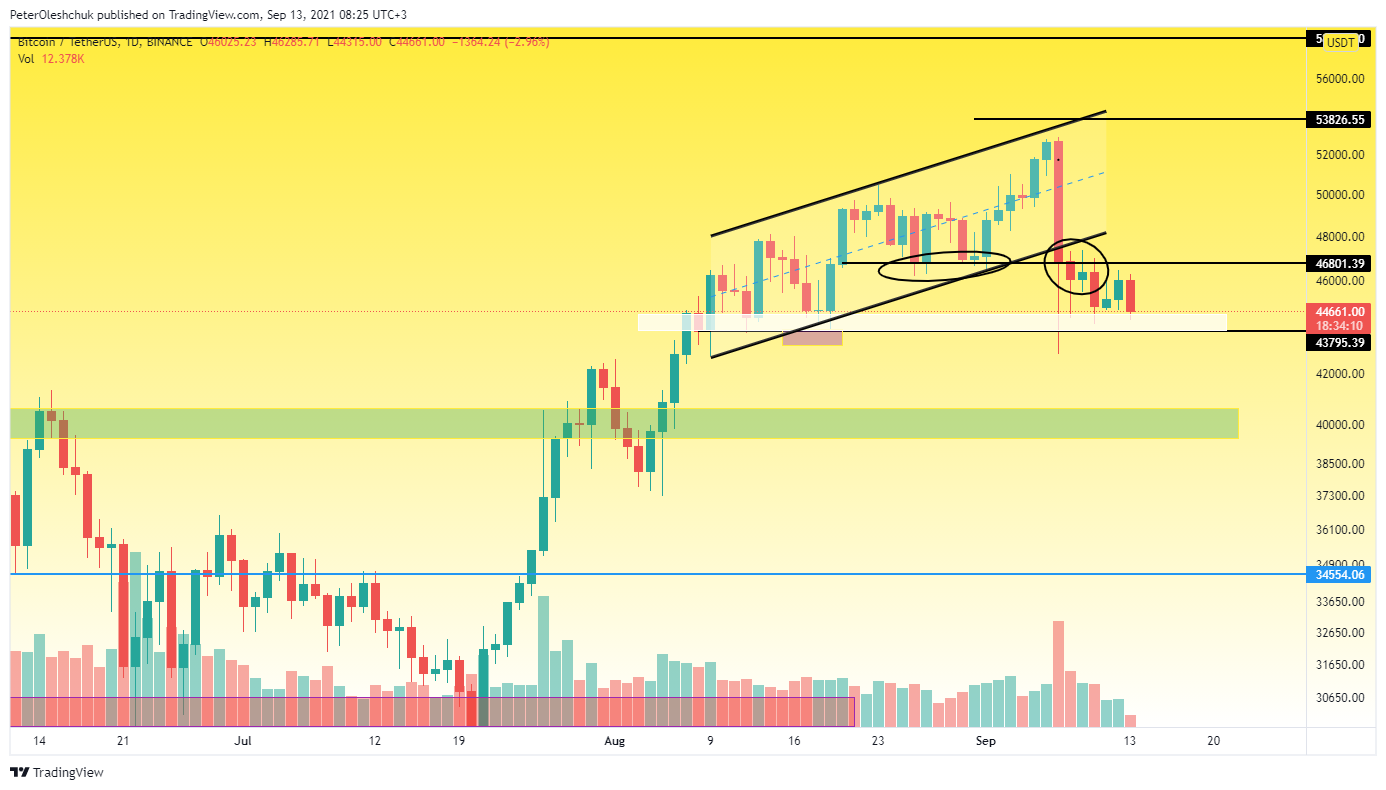 In the daily timeframe, we see that the main problem that prevents buyers from changing the situation in the BTC market is the $46,800 mark. At this point, a powerful falling candle from 7 September closed. In addition, after this attack by sellers, buyers tried to take control of this mark for 3 days. It was after 3 false breakdowns that the dynamics of buyers' aggression fell to almost zero. This can be seen between 10 and 12 September inclusive.

On 10 September, sellers managed to test the $43,800-$44,500 range again at low volumes. The defense of this range and the counterattack of buyers fell on the weekend. During the previous two trading days, buyers even managed to swallow a daily candle from 10 September. In addition, the trading volumes for the weekend clearly indicated a small number of interested buyers.

Therefore, although the BTC price is in the consolidation range of $43,500-$46,800, sellers have control over the Bitcoin market. It is the consolidation of the price above $46,800 that will return the sword of power to buyers and help to form a new growth wave with the first target of $51,140.