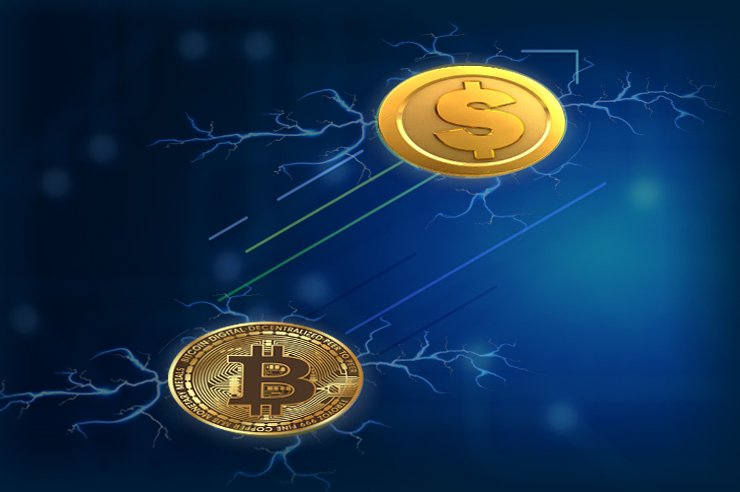 Bitcoin community have come up with many proposals to improve the scalability of Bitcoin. This is the reason for having so many networks that are akin to the original Bitcoin. But today we will be introducing you a concept called Bitcoin Lightning Network, which has not been functional yet. Dating back to ancient times, we will find that telegram sending was so impactful and fastest form for communication, especially for the long-distance. It all required visiting the post office, form filling, and making payment for the message according to the number of letters. And then the process continued with the message getting telegraphed to the telegraph office. Later the postman had the onus for the delivery of the telegram to the right place.

So now you see that for sending a simple message, it went through so many processes. Bitcoin network is too passing from the same condition. The motive behind the launching of Bitcoin Lightning Network must be similar to it. On the blockchain, there is no compulsion to have every single transaction record; instead, another layer is added to the Bitcoin’s blockchain by the lightning network. The payment channels are being created between two groups on the extra layer. To have a more precise understanding, let us know more about the lightning network.

What Is Bitcoin Lightning Network?

Lightning Network scales the Bitcoin’s blockchain capability for conducting transactions with the use of micropayment channels. The existence of these channels can stay for a longer duration. Since it is being set up between two people, then it is possible to have instant transactions and minimal fees. Note that the instant transactions are done on the lightening network help raise the utility of the Bitcoin as the medium regularly. Lightning Network is used for conducting off-chain transactions, which is a must for exchanges between the cryptocurrencies.

Lightning Network was initiated in the year 2016 by Thaddeus Dryja and Joseph Poon. It has not been finally developed yet. But if this network becomes medium for regular transactions, then millions of transactions will be needed per day for the Bitcoin through processing. The problem with Bitcoin Lightning Network is that it is a decentralized technology, which means consensus is required from all the nodes within the network. Let us know it through an example. If the numbers are multiplied on the Bitcoin’s network, then the storing and approving transactions will become costly and will take too much time.

The orders of magnitude improvements in the computers processing powers, be it office or home, is must for the increase in transaction numbers. By creating a second layer on Bitcoin’s main blockchain, lightning network efficiently resolves the problem of scaling. There are multiple payment channels involved between the users of Bitcoin n this second layer. It is the best mechanism for the transaction between parties. It becomes easier for receiving and making the payments for the parties by the use of channels.

Bitcoin Lightning network is not involved in routing transactions like banks. Akin to blockchain technology, it also eliminates the role of banks. Let us take an example if you want to send money to your friend in minimal fees, then both of you must have a channel on the Lightning Network.

Mainly, the funds that are stored in the shared wallet are redistributed as transactions. Suppose 1 BTC is to be sent by you to the friend, then the ownership right of the amount of the sender must have to be transferred to the receiver. After that, a balance sheet is signed up by using the private keys.

Seeing the happening of fund distribution becomes possible when the channel is closed. For determining the fund allocation, a balance sheet, which is currently signed, is used by the algorithm. The Information regarding the initial and final balance, broadcasted to the Bitcoin blockchain is possible only after the closure of the channel. So, the conducting of various transactions and recording them as a single one by the user is allowed by the Lightning Network. If this technology becomes active in its functioning, then no dedicated channel will be needed for sending funds to a particular receiver.

Instead, it will be easy for sending payment to someone who is using channels and is connected to the people, who are familiar with the sender. The shortest route will find out automatically by the system. There are many Lightning Network coins, including Bitcoin, Viacoin, Litecoin, Ravencoin and many more.

Even though Lightning Network is still in the developmental process, but if it gets success and becomes operational, then it may give the following advantages:

The payment can be made with minimal fees, as the transactions are likely to take place in the Lightning Network.

Most of the cryptocurrencies are not completely anonymous and can be traced from one wallet to another. But in Lightning Network, most of the transactions take place outside the blockchain. So it becomes difficult to trace micropayments made by this technology.

A noteworthy fact about the lightning Network reveals that the technology will be operating on top of the blockchain, but won’t be backed by its security behind it. So it indicates that this technology will find its use for minor microscopic transactions.

Well, Lightning Network seems fascinating. But the user must know this that currently it does not provide any safety provisions and cannot be trusted for making big transfers. But if you see Bitcoin as an alternate form of payment, then Lightning Network seems very promising and useful to you. Enhanced anonymity, non-existent or low fees, faster micropayments can prove to be a significant solution for the problems related to Bitcoin. If you are a traditional user, then Lightning Network is not suitable for you as of yet. All you need to do is to wait and see whether this technology will provide any positive results related to its functioning and security, of course.