Bitcoin’s sudden boom from $5000 to $8000 within just the period of approximately 45 days was definitely the reminiscent scenario of 2017’s bull run. However, the latest decline from $8000 to present value $7390 is just a normal situation according to Mati Greenspan, the senior market analyst at eToro.

In an interview with Bloomberg media on May 17, 2019, eToro senior analyst, Mati Greenspan shared his views on bitcoin’s ongoing price status, Stellar run in bitcoin and next move of BTC in near future.

According to Greenspan, the recent pullback is a sign that the new parabolic cycle is just beginning. He says;

We are just getting started on the next parabolic cycle

He has begun by recalling the bull run of 2017 and says that the BTC at present is on its cyclical behavior – and as such, the coin has experienced several cycles live this before. In his words;

There’s a lot of explanations. The simples one is we’re just actually part of a larger cycle. Bitcoin has gone through several cycles before this massive Bullrun (we’re talking about 10000 to 15000% gains within a short period of time) and it has these massive retracements that can be 80% or even 90%.

However, unlike in 2017, when crypto community linked Bitcoin’s peaking value with those of Bitcoin futures by Cboe and CME, this time’s bitcoin price according to Greenspan is simply the price causing the coverage. Adding that he said, it’s not the other way around. 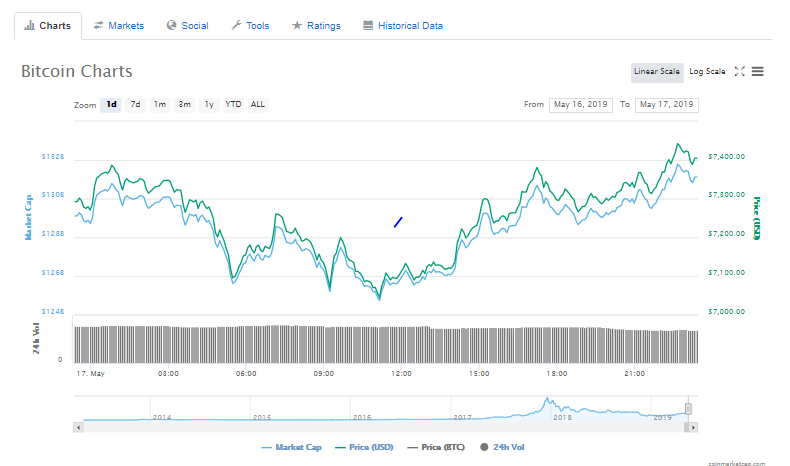 Similarly, Bitcoin at the time of Greenspan’s interview with Bloomberg had declined – on which he said even with the drop, Bitcoin is up 100% since January.

“crypto is the best performing asset class in the world, so far this year … even with yesterday’s drop [bitcoin] is up 100% since January … the news headlines we’re seeing indicate that mass adoption is around the corner”