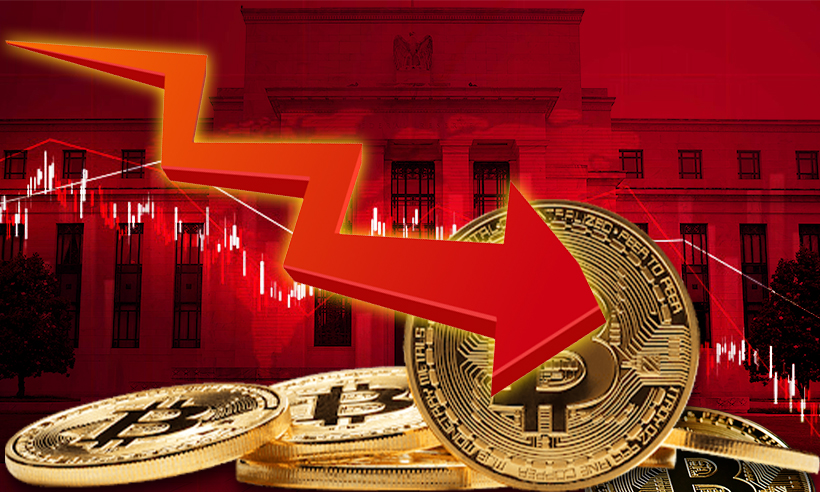 Bitcoin Pulls Back After Fed Signals Interest Rate Hike in 2022

Bitcoin (BTC) and the stock markets at large plunged deeper after James Bullard, the president of the United States Federal Reserve Bank of St. Louis pointed that he anticipated the first interest rate hike as early as late 2022. Bullard’s assessment comes after Fed suggested twin rate hikes in 2023, leading Bitcoin prices to drop by more than 3%.

Financial markets and the crypto sphere were already reeling under the effects of Fed Chair Jerome Powell’s latest announcement on rate hikes when Bullard weighed on the situation. On Wednesday, Powell had indicated that the first interest rate hikes could come in 2023. His comments sent the market into a selling frenzy while strengthening the US dollar.

The Fed announcement impacted stock trading and gold prices and also took a toll on Bitcoin bulls as the currency plummeted to an intraday low of $35,129.

So far, the flagship cryptocurrency has shown a tendency to react to the trends in wider markets, which in a way undermines its importance as an uncorrelated asset. In fact, a lot of data corroborates BTC’s growing correlation with both stocks and gold.

Traditional Markets Trading In The Red After Fed Announcement

Meanwhile, traditional markets are continuing to slide further downwards, with the DOW reporting one of its worst weeks since October. The index recorded five continuous sessions of losses amounting to a 3% decline.

Explaining the Fed’s hawkish stance on rate hikes, Bullard turned his attention to the current inflation rate as the economy gears for a  reopening after the pandemic. “We’re expecting a good year, a good reopening. But this is a bigger year than we were expecting, more inflation than we were expecting. I think it’s natural that we’ve tilted a little bit more hawkish here to contain inflationary pressures,” he said.

Following Bitcoin’s decline, other cryptocurrencies also headed downwards as traders hedged their bets on stablecoins in the face of rising volatility.