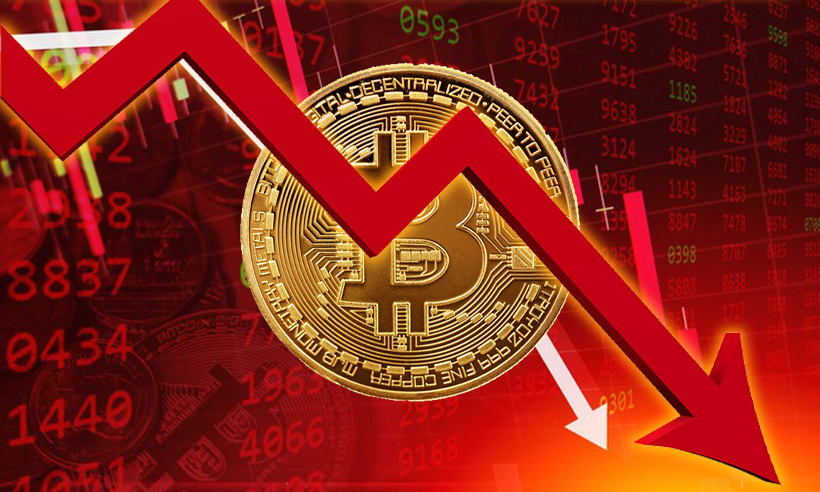 Bitcoin struggled to soar above $40,000 as investors unpacked the latest Fed announcement. On Wednesday, the Federal Reserve announced that it planned to increase interest rates twice in 2023, much sooner than the markets expected. The announcement incited fears that the banking system could also curtail its bond-buying program.

Bitcoin Tumbles Amid Fed Announcement on Interest Rate Hikes in 2023

Bitcoin (BTC) prices are tumbling again after briefly showing signs of recovery. The currency was changing hands at an intraday low of $38,300, following its decline from the $40,000 mark. Meanwhile, in the stock markets, DOW and S&P 500 also recorded a drop of 0.77% and 0.54% respectively.

The latest decision on interest rates comes in light of rising inflation in the United States. The country — currently experiencing a 13 year high in consumer prices — is projected to see its inflation rates spike from 2.4% to 3.4%. While Fed chair Jerome Powell has termed the projected rates to be “transitory”, investors are worried about the implications of ongoing inflation for a post-pandemic economy.

In the meantime, investors tied to risky assets such as stocks and cryptocurrencies are also anticipating the Fed to roll back its $120 billion monthly bond purchase program, which could be winded down before the planned interest rate hikes.

BTC prices briefly breached $40,000 but fell short of $45,000, as the currency traded at nearly $41, 350 on 15 June. But the digital asset couldn’t maintain this level longer and plummeted further.

Even as BTC fell from $40,000 to $38,300, investors are confident about the primary cryptocurrency’s resilience. Some believe that Bitcoin’s price activity matches its range-bound trading. At this point, investors are hoping for BTC to hold at $37,000, which could represent its support level.

Interestingly, major exchanges have recorded a continuous inflow of BTC over the last few days. Miner outflows have also been increasing according to the findings of CryptoQuant, which suggest that BTC inflows produce bearish results for the market.

Additionally, the currency’s 50 and 200-day moving averages are also on their way to convergence, leading to the formation of a bearish death cross. While they are not the strongest indicators of the current spot price action, they help understand the existing resistance for bulls.