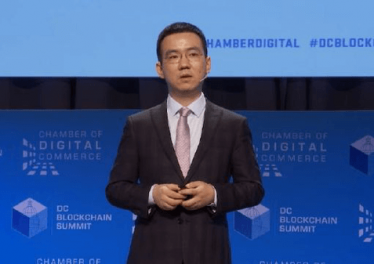 Bitmain, the largest crypto miner manufacturer, has fired a senior executive director through a corporate restructuring exercise.  Its co-founder and executive director Micree Ketuan Zhan has been fired. According to a Chinese news outlet, Sina Finance on October 28, Jihan Wu, another co-founder of Bitmain, has taken over Zhan’s responsibilities. Moreover, Wu sent an email to Bitmain staff saying:

“Bitmain’s co-founder, chairman, legal representative and executive director Jihan Wu has decided to dissolve all roles of Ketuan Zhan, effective immediately. Any Bitmain staff shall no longer take any direction from Zhan, or participate in any meeting organized by Zhan. Bitmain may, based on the situation, consider terminating employment contracts of those who violate this note.”

Moreover, Zhan is Bitmain’s largest shareholder and reportedly owns a 60% stake. However, it’s unclear the reason why Bitmain decided to oust him.  This is according to a September 2018 initial public offering (IPO) filing by Bitmain. Per the filing, Wu and another co-founder Yuesheng Ge held about a 30% stake in total. Additionally, Zhan’s sacking is one of the latest surprise occurrences at Bitmain. Back in 2018, Wu abandoned his initial post as the company’s CEO. He instead assumed a non-executive role on its board. A private investor, Dovey Wan, reacted to the email’s tone as “intense” in its original Chinese version. Furthermore, the email follows today’s news that Bitmain has changed the corporate structure with the registration filing of government agencies. Following the change, Wu has now taken over the roles of CEO and legal representative of Bitmain from Zhan. Both Wu and Zhan served as co-CEO of Bitmain before stepping down back in March after its IPO failed. In conclusion, Bitmain was planning to launch an IPO in Hong Kong. However, its application delayed earlier this year. On the other hand, Bitmain rival Canaan Creative, publicly filed for a United States IPO yesterday.  The firm aims to raise $400 million.