Blockchain Mobile Games | You Must Play In 2020

One of the easiest ways to learn anything is by playing either online or offline. Do you remember the days of early childhood when we used to play games for learning the maths table? Do you remember the days of learning driving? Practical learning seems to be easier and effective than cramming up the theoretical facts. Enthusiasts of Blockchain industry has found the new ways to diversify the knowledge by introducing the Blockchain mobile games to expand the knowledge and make the concept clear to the community. In this article, let us review a few of the most popular Blockchain mobile games which you must play in 2020.

Must Play Blockchain Mobile Games In 2020 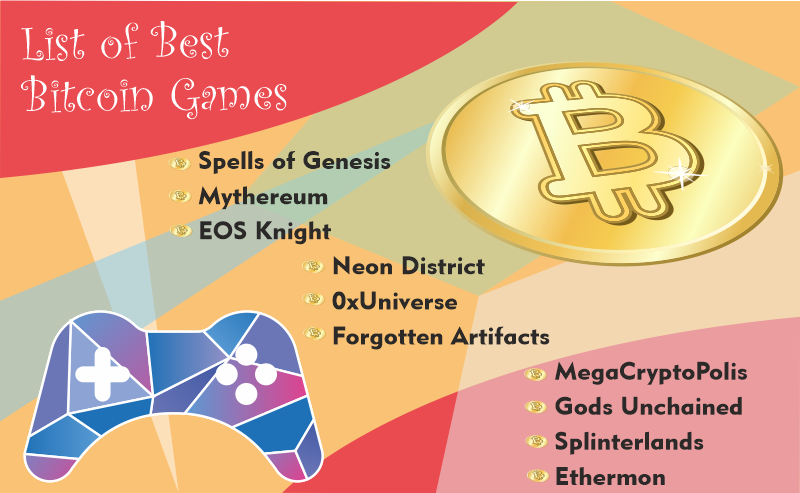 Spells of Genesis is one of the first Role-Play Games (RPGs) in the Bitcoin industry. The game is the combination of trading cards and the features of old arcades. It is can be easily played by the new entrants in the industry as it stands out in the category of free Blockchain games. This game is based on Blockchain technology which allows you to collect and trade coins for developing the gameplay decks and test them against other players in the world of Askian. All items and cards collected by you and won by playing the game belong to you and get stored on the network of Blockchain. Elements stored on the Blockchain are easy to withdraw and exchange outside the game which makes the game an interesting way to earn Bitcoin.

Mythereum was launched in February 2018 and became the first-ever payable trading cards or collectable card game-oriented on the Ethereum Blockchain. The mission of the game is to keep your characters alive to earn more or try to last man standing game. It is similar to non Blockchain mobile games like Hearthstone, the Gathering or Pokemon. If you just want to have a free trial of the game, you can initiate with Survivor Edition cards then continue with the paid version of Genesis and Awakening cards. Mythereum cards are also the Blockchain-based game assets which can be withdrawn easily from Ethereum wallet.

EOS Knight as the name signifies is based on EOS Blockchain which executes DApps and has its own EOS coin. If you searching for Blockchain games android, then EOS Knight cam be chosen which is available for both iOS and Android users. This game is all about fighting the bad actors in a number of different ways. EOS Knight offers you an opportunity to collect and trade EOS based assets with different actions executed on smart contracts. 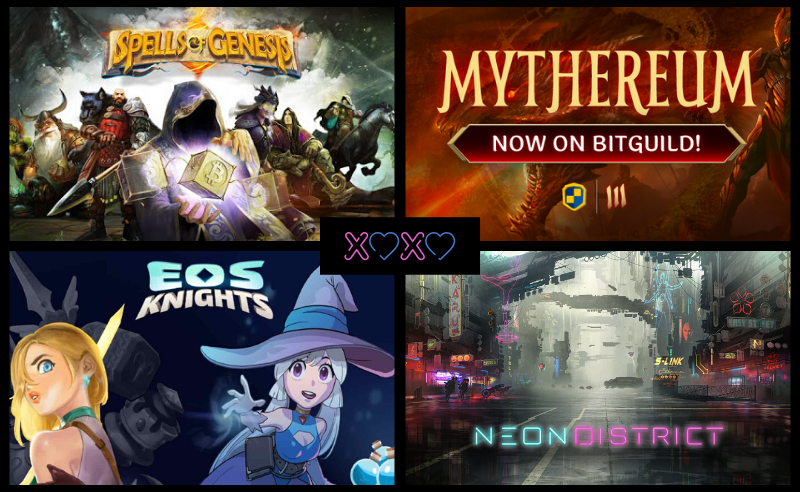 Neon District stands in the list of “Best blockchain games 2020” which is go-to cyberpunk game like that of Blade Runner, Matrix, Final Fantasy and similar games. This game is a blend of fighting and strategic thinking and you need to apply well-crafted strategies to become the king of a game or conquer futuristic enclave within the refuge city of Unity. Diversified range of characters can be collected with each battle you win through the various missions. Also, you can earn gear which provides the player with eligible set abilities and status on the battlefield. Till now season one has been launched which is a single-player driving himself in the dark woods. The second season will be soon launched which will be based on making allies with other players and win the battle or assets

Forgotten Artifacts is considered to be placed in that Blockchain games list which is meant to bring the nostalgia of Dungeon crawl games. With the endless adventure in finding the forgotten artefacts, you will find yourself with the adrenaline rush along with learning bit about Blockchain. With the limited supply of each item, it is highly valuable for collecting ERC-1155 tokens. To start the game, you must have the Enjin wallet to store the token and further exchange them in the decentralized crypto marketplace.

MegaCryptoPolis Blockchain game app offers the chance to you to design your own city while administering the citizens, taxation laws and finally selling land for generating profits. It is Ethereum based game which supports ERC 721 tokens and gives you the chance to win the same. 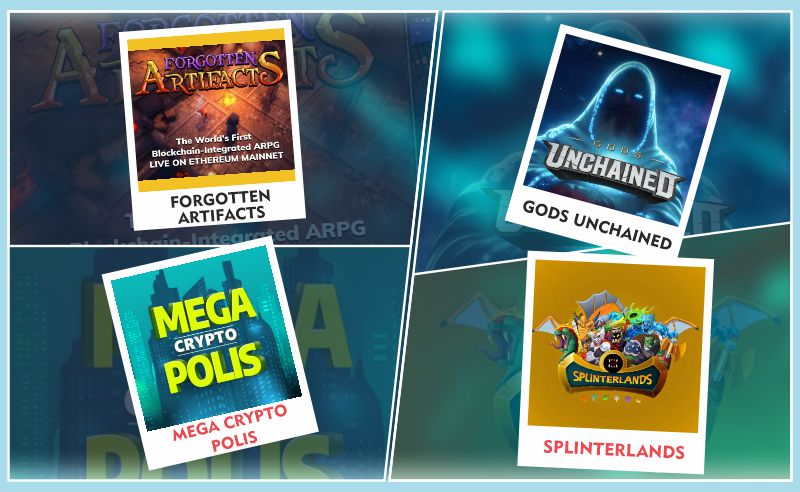 Splinterland is one of the Blockchain games which is the combination of Pokemon and Game of Thrones. It is a one-on-one card battle games running on Steem Blockchain. With the division of six kingdoms, a player with its own kingdom tries to gain control over the other five. While winning the multiple missions and battles, the digital collectable card got stored on the Blockchain. Having the full rights over the cards, you can buy, sell or exchange the cards anytime you wish to.

As the name signifies, Ethermon is one of the Blockchain mobile games based on Ethereum Blockchain similar to the pokemon. You have to capture, train and trade the monsters in-game to become the leader and win tokens or collectable items. To start the game, you need to buy monsters from the store. With the elements of augmented reality, Ethermon enhances the experience of the game. This game not only gives you the opportunity to earn the coins but also to mine cryptocurrency EMONT which is an ERC20 token which can be exchanged for Ether coins.

War games have always been popular genres in the space of traditional games and the Blockchain has not left behind. Crypto Assault is one Blockchain mobile games which are similar to standard war game but the difference is that it is based on Blockchain. You can earn ERC 721 tokens at each stage which can be easily exchanged with Ether coins on the Blockchain. As your army gets stronger, you will be able to earn conquer and profits also. 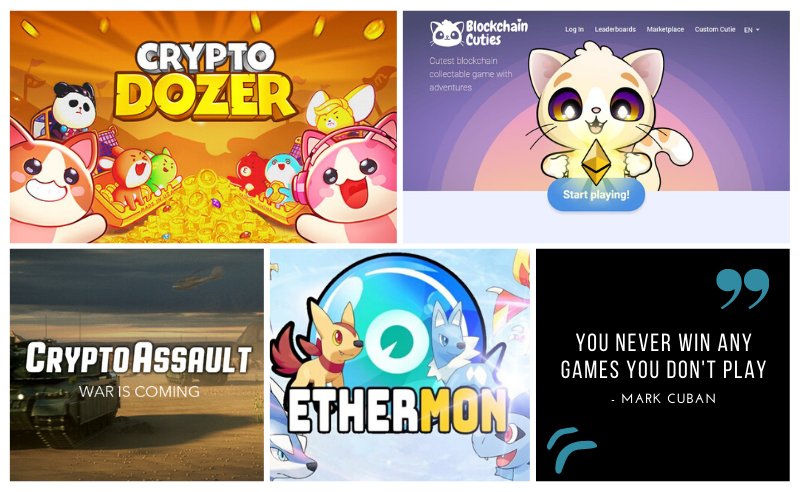 Thus, it can be summed up that variety of Blockchain mobile games are available in the crypto space which can help you in learning about the Blockchain and cryptocurrency along with earning the collectables which can be easily exchanged for other assets. For war games to killing the monster, you can choose the game which suits your interest and can self-educate yourself.