2019 seems to be a bumpy year in terms of cybercrimes whether it is associated with government institutions, universities or big enterprises. This year, the number of cyber cells and board of members decided to consider cybersecurity as the priority of the institutions. One of the latest technology which was behind the famous digital currency i.e Blockchain technology is emerging as the solution for safer internet usage. Blockchain technology has the potential to maintain the transparent, non-immutable and secured distributed ledger, based on a decentralized model where no intermediary is needed to back the transmission between two parties. In this article or Blockchain security blog, let us understand more about the Blockchain technology in cybersecurity along with their real-time applications.

How Blockchain Technology Can Revamp Cybersecurity? 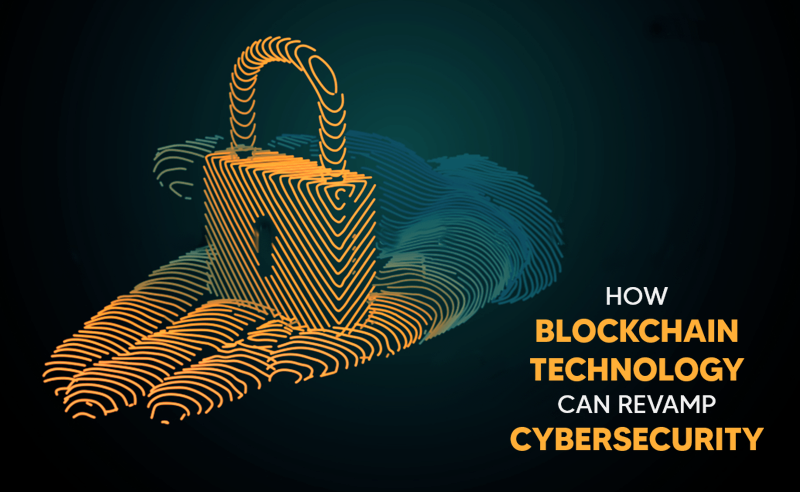 As per the latest digital trends, data is new oil which needs to be protected at any cost whether it is related to confidentiality of companies’ policies or customer’s personal details. Unfortunately, cyber hackers attack the centralized system of the companies to steal the data either to shake the credibility or for other purposes. But, many of the enterprises are understanding the need for decentralised storage space to protect their data, thereby Blockchain technology-based solutions seem to be attractive. Thus, hackers won’t be able to single point or tamper the information stored in blocks.

As the digital age is growing, demand for edge computing and computing devices along with storage is also increasing which facilitates the data to be processed and stored nearer to the source and consumers. Cloud computing is widely used is now getting imbibed with Blockchain to store the data securely and protect them from ever-growing cyber-attacks. Blockchain technology in cybersecurity provides rigid authentication, improved flow of data and better-updated record management system.

Companies always try to establish intercommunication with a secured platform where Blockchain technology can help in avoiding malicious attacks. while many messaging services are providing end to end encryption, there is always a chance to the data hack during the transition. Thus, Blockchain technology provides solutions in securing the messaging platform, the transmission of information on a particular channel by step by encoding the message, thereby reducing the chances of cyberattacks. As blockchain-based cybersecurity experts, the model of decentralisation aids in assuring the more security and less exploitation as the accessibility of control, data traffic and even the data itself is not handled by a single entity.

Domain Name System is a highly centralised system to connect the URLs with IP Addressees and provide the necessary information. This results in exploit the opportunities by hackers, resulting in a break in the connection between URL and IP which expose the users to scam websites and duping them with various attacks. Impact of Blockchain on cybersecurity can take the security maintained by “tail log system” one step further by relieving the network from the vulnerability of single point attack. You can easily deploy the technology to store the data on distributed ledger (which is non-immutable) and further, the connection can be established by Blockchain-based smart contracts.

DDoS or Distributed Denial of Service attacks server usually by bombarding it with a huge number of requests with the aim to slow down the particular websites and eventually crashing down. But if the companies’ target computer or server imbibes Blockchain with the security system, DDoS attacks can be avoided easily. Domain editing rights can be granted to a specific group of people so that it remains non-immutable for others, which can reduce the risk of accessing data by the unauthorized parties. Some companies are already providing the Blockchain-based services to secure their data from DDoS attacks like Blockstack which aims to remove the intermediaries from managing web servers, ID systems and databases. Also, another company, Maidsafe has the goal to create decentralize alternative internet so that users can run their apps, store data and many more.

Users of the present age are cautious to maintain their computer and online credentials in a safe and secured network. PKI or Public Key Interface is based on third party certificate authorities to maintain the security of messaging apps, emails and websites. The intrusion of middleman exposes the network to the attacks by hackers by deploying the bogus identities trying to access encrypted communication network. But if the Blockchain technology got integrated with already encrypted infrastructure, it adds the security layer minimising the false key generation or theft of identity or any other interference of unauthenticated identities as per an article on Blockchain cybersecurity issues.

In the increasing techniques and methods of sophisticated cybercrimes, browsing the online world has turned into one of the challenges in the digital era. There is a constant fear of losing the personal information, getting access to accounts to unauthenticated parties, transferring confidential information, losing even the encrypted information on the network and many more. But, as the cybersecurity issues are increasing, solutions with new technologies are also evolving which are getting in the picture and adopted by enterprises. Blockchain technology in cybersecurity is still in a nascent stage and constantly improving. One of the reports in 2019 advocates that there has been a shift in the behaviour of companies and they are more interested in adopting the decentralised Blockchain technology. Satoshi Nakamoto did not create the Blockchain Technology only for the purpose of cryptocurrency but to improve the issues related to transparency, security, privacy, traceability and non-immutability with the centralised system in various sectors. As the threats and exploitation in various networks are increasing, hackers are utilising the new ways to steal and exploit the user, Blockchain Technology can be at the forefront in the coming years.