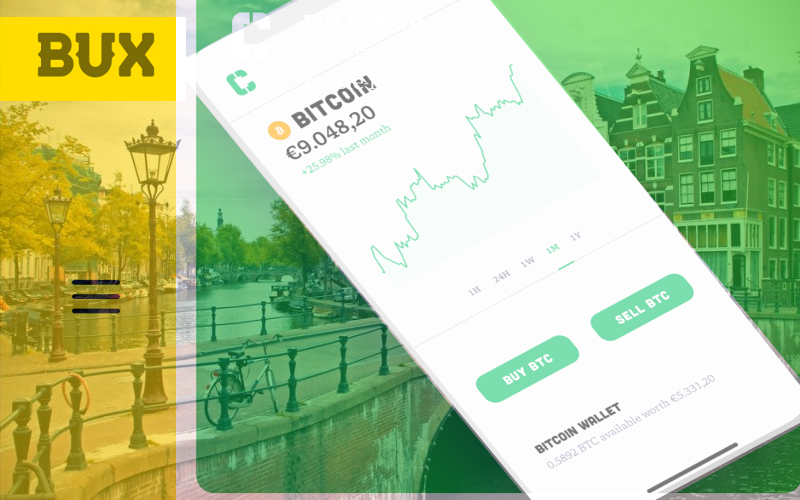 On April 8, A statement was issued by the company, announcing the launch of the digital assets platform called BUX crypto, which, for now,  is offering a zero-commission fee structure. Blockport, a defunct crypto exchange at the start of the year declared bankruptcy and stated it has run out of operational capital on May 2019, in an Amsterdam court. The exchange was acquired by BUX.

The platform has been contemplating upon cryptocurrency for a while now. Provided they get the approval from the Dutch Central Bank, the acquiring would allow BUX to offer it’s European traders cryptocurrency trading, which would be a big statement from the company.

The CEO and founder of BUX have stated that they have invested a lot of time and energy into developing apps that would allure the upcoming generation of investors. He went on to add that the new launch would appeal to the masses and even the new investors would be drawn to financial markets via BUX crypto.

The biggest advantage that the new platform would boast is that it will allow users to buy the top cryptocurrencies in Euro itself, thus, saving the additional exchange fee they have to pay when they buy in US dollars. The traders have the option to buy and sell bitcoin, (BTC), Bitcoin Cash (BCH) and Litecoin (LTC).

The Head of Product at the platform, Sebastian Lichter stated that they are focusing on building a unique roadmap where new and experienced investors are on the same page and learn from each other. The BUX Crypto is now available to residents of 25 European countries, including the Netherlands, Germany, Austria and France.