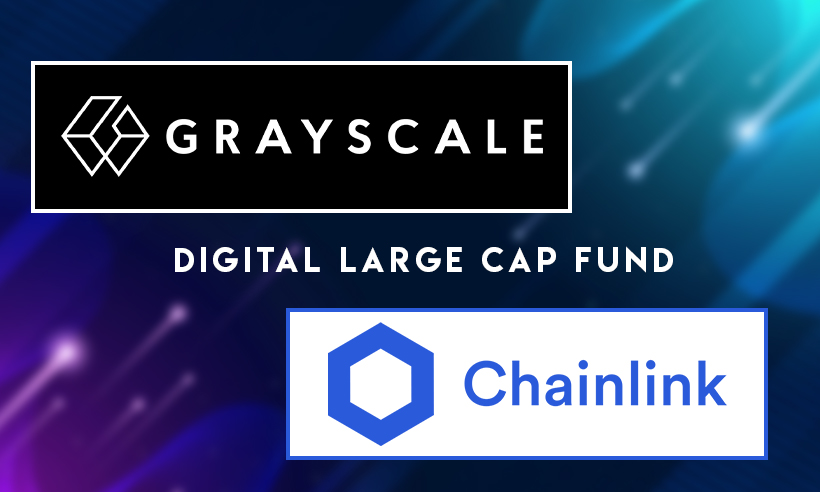 Grayscale Investments made a recent announcement about the update of its Digital Large Cap Fund (GDLC). The digital currency manager intends to add the crypto asset Chainlink to the fund. Following Grayscale’s recent announcement telling the public that they want to transform the GBTC bitcoin trust into an exchange-traded fund (ETF), the organization revealed that chainlink (LINK) will be joining the Digital Large Cap Fund (GDLC) (OTCQX: GDLC).

The changes to Grayscale’s GDLC fund follow the recent introduction of the organization’s single-asset investment vehicle the Chainlink Trust. The LINK-based trust provides investors the exposure to the price movement of the LINK. Grayscale adding LINK also follows the recent rise in Oracle-based tokens. it is down a touch over 8% since reaching an all-time high (ATH) two months ago touching $36.59 per unit.