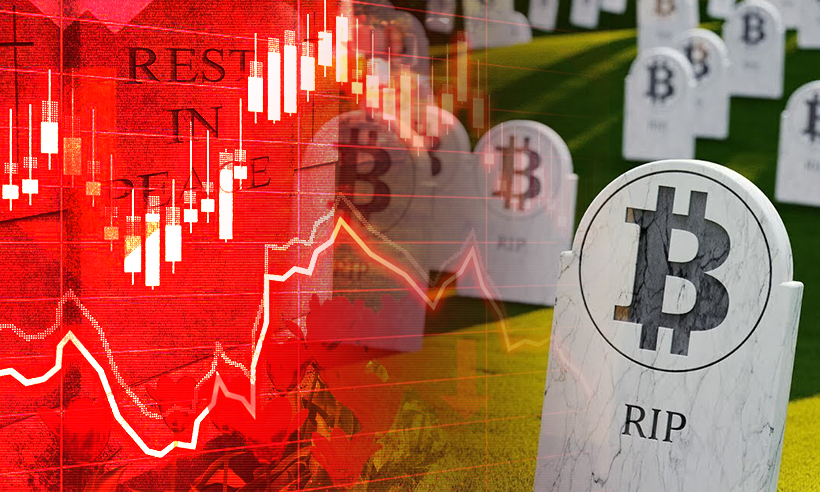 Charts Indicate Bitcoin Death Cross Is Here: What Comes Next?

Traders and analysts are closely watching Bitcoin price activity after the infamous death cross pattern made its appearance on 19th June. While many believe the cross is a prescient warning signaling an impending crash, many factors point otherwise.

A History of Death Cross and Its Connection With Bitcoin

The death cross pattern is a technical indicator that has been used in both stock markets and the crypto sphere. It comes into shape when an asset’s short-term moving average (MA) slides lower than its long-term moving average. Typically, the death cross uses a 50-day moving average or 50MA to denote short-term activity and 200MA for long-term activity. To date, the indicator has predicted four significant crypto crashes and the stock market busts of 1974 and 2008.

Studying long-term averages helps understand the baseline demand for an asset. Since the momentum rises upwards with time in a bullish setting, the market tends to surpass long-term means during a shorter time frame like 50MA.

When short-term moving averages fall below the long-term ones, it often points to an incoming bear market caused by a scarcity in demand and interest in the asset.

Not Always Followed By a Sell-Off

Cryptocurrencies are a newer asset class and the rules that are used to predict stock market behavior are not always applicable to them. Evidently, the indicator has time and again projected considerable losses for shares and indices with great success. And on several occasions, it also hinted at similar trends in the crypto market.

But the death cross hasn’t always worked for cryptocurrencies. Take, for instance, the trading activity for Bitcoin in mid-2015, when a death cross materialized on the charts, only to defy bearish expectations and lead to a prolonged bullish run.

The ultimate thread on #BTC deathcross and cycle data analysis

With time, the death cross has come to reliably forecast bearish blues for cryptocurrencies, which could be attributed to the maturing of the crypto markets. It’s a fantastic tool that has its place, but its projections aren’t set in stone.

Besides, there are other factors separate from the technical ones that could potentially fuel a Bitcoin surge. El Salvador’s BTC adoption, the Taproot update, miners flocking to Texas’ renewable energy scene, and other favorable instances could push hard against the negative trends to give BTC a solid standing.