Comparison Between ERC20 And ERC223 Tokens

Ethereum with its whole blockchain network, internet browser, its coding language and payment system, actually expanded the capability of the crypto industry. One of the breakthrough features of the Ethereum is that it facilitates the users to design decentralized applications or DApps on its blockchain network by providing the standardized versions of the protocols. Ethereum provides a simplified structure to the companies to create their smart contracts and release tokens based on the protocols of Ethereum. In a way, if you create a token on Ethereum blockchain, it must be assured that it works according to the procedures of its network. Here in this article, we will brief the comparison between ERC20 and ERC223 tokens or token standards used to launch tokens on the blockchain.

What Is ERC 20 Token?|Comparison Between ERC20 And ERC223 Tokens 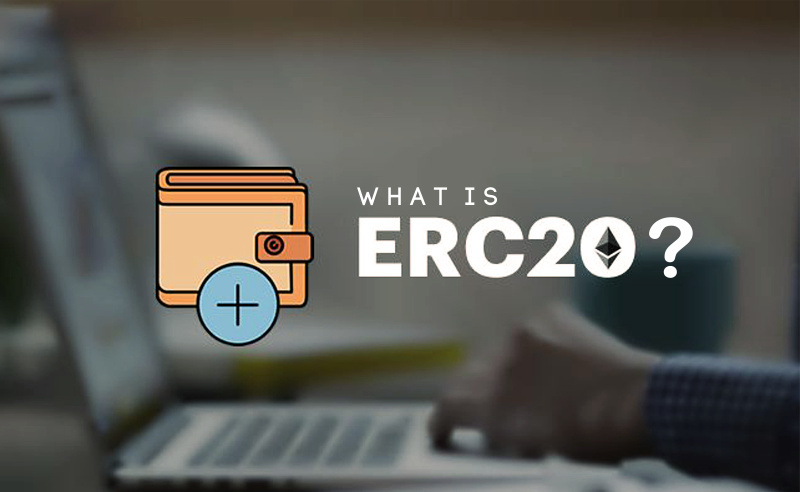 What do ERC refers to? What is ERC 20 Token? The number of questions must be popping in your head if your thinking to work on Ethereum blockchain to launch the Initial Coin Offering (ICO) of your startup.

ERC 20 is a standard protocol that defines certain rules to issue tokens on the network of Ethereum. It stands for Ethereum Request For Comments with its version 20. Simply, if you are going to make the smart contract to launch your ICO, if you include certain mandatory standards of ERC 20 protocol, then your tokens become ERC20 compliant. It is one of the famous token standard which has been deployed by almost all the ICOs made on the platform of Ethereum. The 20th version of ERC is considered as standardized as it ensures the common interfaces and best of the practices to the companies who had launched their token on Ethereeum blockchain.

ERC 20 has opened the doors for a massive number of ICO cryptocurrency projects in 2017. For instance, Bancor, EOS, Tronix, BNB, Bankex, etc. The streamline protocol and smart contracts facility provide by ERC 20 codes had simplified the process of creating the tokens. There are six mandatory functions associated with ERC 20 which mentions about the functionality, procedure of transferring the tokens from one account to another, the process of retrieving the tokens, etc. to ensure the similarity of the function of Ethereum based tokens on its blockchain.

What Is ERC 223 Token?|Comparison Between ERC20 And ERC223 Tokens 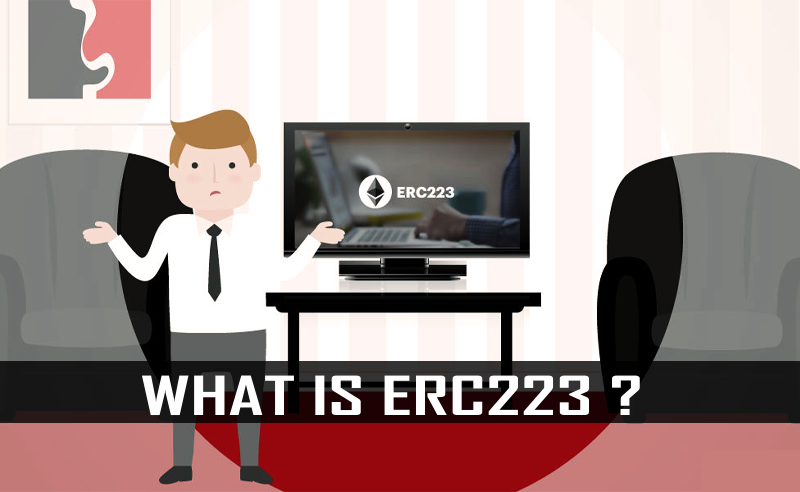 If you were following the news of Ethereum blockchain, you must have encountered with their recent development of the Ethereum Improvement Protocol or ERC 223. This new version of ERC was proposed by Dexaran (Reddit username). ERC 223 aims to create the similarity in behavior of the transactions of ether(native coin of Ethereum) and other tokens. As per the developer’s team, ERC 223 is designed to remove the bugs of the earlier version or ERC 20 and improve the standards of Ethereum blockchain.ERC 223 supports every function of ERC20 and at the same time improves the security of the network. Undoubtedly, to an extent, it solves the problems related to ERC 20 but still not popular. Lets us have the comparison between ERC20 and ERC223 tokens to know more about the protocols.

Comparison Between ERC20 And ERC223 Tokens

The older version of protocols on Ethereum blockchain, ERC 20 has its own benefits but with time, many of the flaws have also been discovered. As the community of Ethereum continuously works upon for the better versions, it has launched ERC 223 to resolve the problems faced by the developers and companies while using ERC 20. Let us compare both the protocols to give you much better idea about both the protocols. 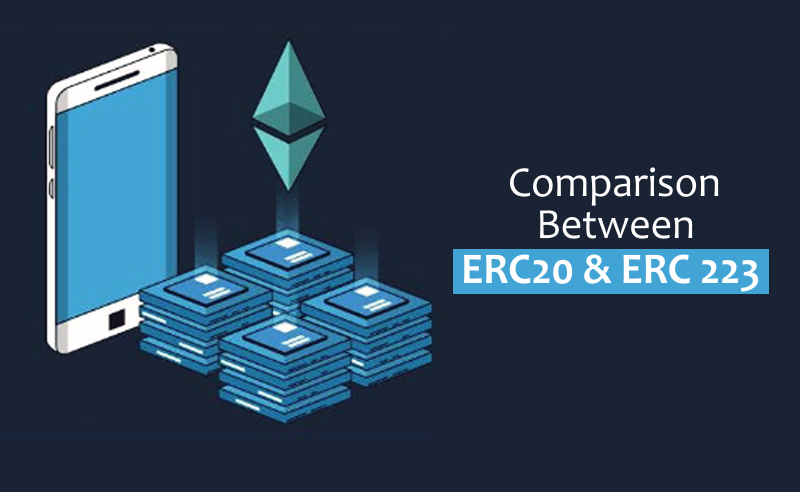 ERC 23 aims to debug the flaws of the ERC 20 but still not popular due to its relative complexity in the codes.

After having a close look at the difference between ERC20 and ERC223 tokens, it can be concluded that ERC20 (being an oldie) is familiar to the developers who belong to the industry creating tokens and smart contracts based on the latest blockchain of Ethereum. But, as the version being upgraded to ERC223, developers are recommended to choose the better Ethereum standards for their ICO. Also, if you are a newbie and may be hesitant to use the little complicated version so can start with ERC 20, but do not forget to mention the crystal clear instructions related to transfer flow in advance. ERC223 can sort the problems related to transaction flow and the fees, but only if you agree to try your hand on the complex version.

Blockchain technology-based cryptocurrencies aimed at revolutionizing the financial system by digitizing and decentralizing the system. After the launch of the Ethereum blockchain network, when the users got exposed to easier codes and standards to develop tokens, the crypto marketplace experienced the expansion of the space with a variety of the tokens and digitized applications based on blockchain.