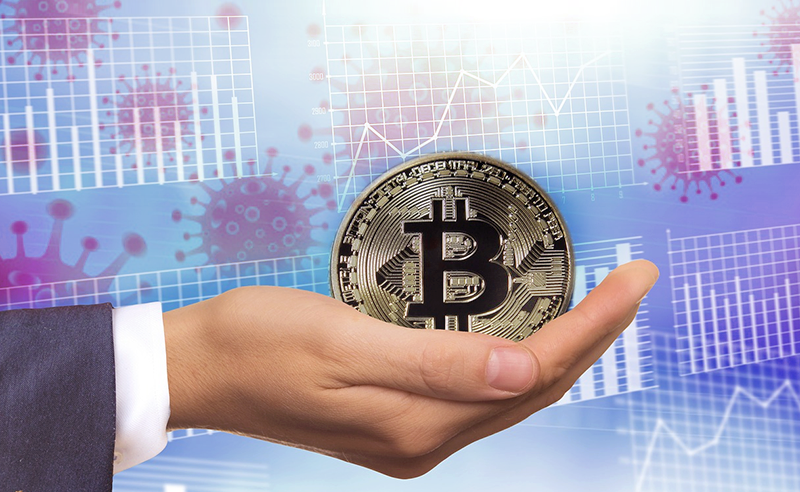 Will Corona Outbreak Dampen The Bitcoin Halving In 2020

The world of cryptocurrencies has been dominated by several factors. Sometimes, regulators put a restriction on the use of cryptos and other times; governments introduce measures to reduce these digital assets. At present, all the countries around the world are going through the challenging situation of the corona outbreak. The malicious killer has put forward many obstacles before cryptocurrencies, particularly Bitcoin. Together with all the financial markets and institutions, it has slowed the efficiency of the crypto market. Bitcoin halving is about to come this year, and how Corona would affect it is yet to be observed. In this article, we will see whether Corona would dampen Bitcoin halving in 2020.

Today, all the financial markets are vulnerable to the outbreak. However, Bitcoin has shown some immunity. Some crypto market analysts have claimed that the price of Bitcoin could come back to levels of $14000. As the process of Bitcoin halving is much unstoppable like the virus itself, this cryptocurrency could reach that price again. Earlier, when Corona started spreading and disrupting all the markets, Bitcoin showed some resistance. Many people who were having Bitcoins started extensive sell-offs due to the market’s crash. This resulted in Bitcoin’s price falling from $8600 to $4900. Given the current situation, long-term investments in Bitcoin are a bit dangerous. However, people who are betting on short orders could take advantage of the market’s volatility. Thus, Bitcoin could make its fortune again despite the fear of Corona.

As the year is passing by, Bitcoin and Corona are becoming essential topics of concerns. It is expected that after the Bitcoin halving, the bull trend will make Bitcoin reach $14000 again. This week, Bitcoin has managed to reach over $6000, which clearly indicates that halving would make the situation better. People would again start supplying the funds, and in the end, Bitcoin would beat the negative impacts of Coronavirus>.

Besides this, there are many other things which are holding concerns. The most crucial one is that Bitcoin miners are showing no or much-little interest in the network. According to the stats of the mining pool, the miners have observed a wave of massive turn-offs amidst their common participants. When Bitcoin was falling, several of them started selling their digital assets. Moreover, they turned off their mining rigs which were backing the blockchain of Bitcoin. China, the most significant Bitcoin mining country and the one, from where the virus has originated, has started selling all the mining rigs despite the fear of the outbreak. Some mining pools like F2Pool, Poolin, Btc showed a drop of 12%, 18% and 10% respectively. As a result, more than 22% of the miners have moved out of the network, and the hash rate has fallen from 136 million TH/s to 106 million TH/s.

However, after the outbreak would end, we can expect that the miners from China would start increasing the hash rate and elevate the price through their mining work. This is because they have shown a significant amount of interest in mining.

The Future Of Bitcoin Will Be Bright Again

As of now, the trends of Wall Street have destroyed the arguments of ‘Store of Value’ and ‘Safe Haven.’ Besides this, Bitcoin Maximalists(individuals who see nothing but Bitcoin) are in shock as their beloved digital asset has slipped down. Despite this, the future of Bitcoin is still bright. The cryptocurrency has been performing well and has proved itself a bit immune to the earlier financial crisis. Bitcoin is something that has offered this world a series of features which the other payment systems were lacking. Some of them are decentralization, anonymity and a supply that is virtually fixed. Thus, people would always trade, purchase and mine Bitcoins. Also, the bitcoin halving in 2020 would generate few and new coins for each block.

In this article, we have seen how the Corona outbreak could impact the Bitcoin halving in 2020. The current situation is deplorable, and markets are trying to recover. However, the market of cryptocurrencies has remained a bit unaffected despite the rampage of Corona. Bitcoin has been rising from the time it was launched, and it has emerged as one of the favourite choices of investment among people all around the world. Besides this, the upcoming halving would recover the situation. From all these, we can surmise that finally, Bitcoin would once again start its journey to reach the price level it earlier had.