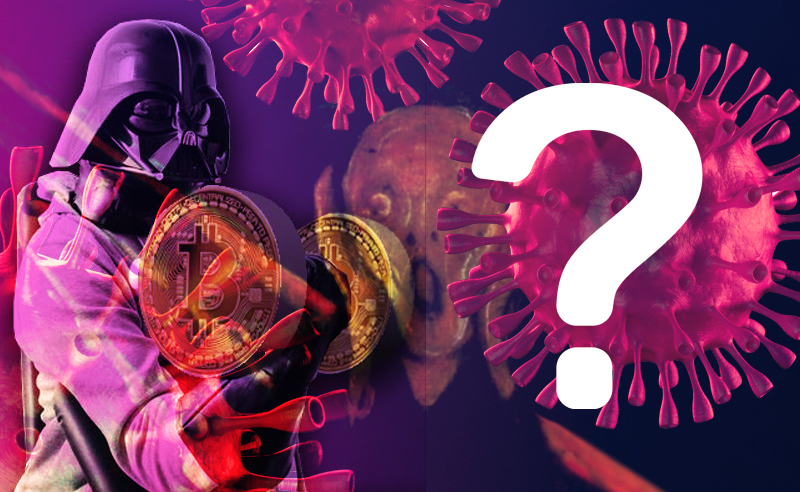 Corona Spurs Bitcoin To Step In As World’s Reserve Currency

Regarding the flow of credit to households and small businesses, the need for CPFF (Commercial Paper Funding Facility) has been announced by the Federal Reserve Board, recently. Coronavirus disease, which is known to have dampened the economic structure, has become the major reason for volatility in the crypto market as well as the traditional market. But Coronavirus impact on Bitcoin can bring the right opportunity for the cryptocurrency to make a dominance on fiat currency like the American Dollar. Corona spurs Bitcoin to step in as world’s reserve currency.

The wide spreading of the disease has seriously led to acute shortage of working capital and has even driven many major industries to bankruptcy globally. Because of this drastic effect, the emergence of new currency in the market has sparked fears which is akin to the global financial crisis in the year 2008. Dating back in the year 2008 of economic turmoil, then British Prime Minister Gordon Brown pioneered the model of recapitalization of the United Kingdom which became the European standard and was accepted by Eurozone central banks. The total estimated package cost came to be around $2 trillion for European Union states. The issuing of new currency by most of the banks were funded bailouts by European central banks.

On the other hand, the supply of Bitcoin is found to be scarce. With a predetermined inflation rate. 21 million is supposed to be its fixed supply. Because of this reason, the possibility of devaluation becomes impossible. Now since Coronavirus has driven the factor of high volatility in the forex market, it would lead to widespread unrest of many countries. The bond markets and equity are also some of the factors which can be affected. The international trade and other global payment settlements between the vendors will also be going to be affected by this.

However, apart from financial slowdown which we are experiencing today, brings a possible opportunity in the form of Coronavirus impact on the Dollar, which can be replaced by Bitcoin. If it happens to be true, then the leading digital currency will become dominant and the world’s reserve currency. However, there is a possibility for the improvement in transparency and for building a mass faith via blockchain technology regarding commercial papers and bond trading.

According to the founder of McAfee Associates, one of the world’s top software companies, it is possible to see the hitting price of $1 Bitcoin to Dollar by the end of the current year (2020). So this is how Coronavirus propels Bitcoin to the Dollar. It would make Bitcoin to step in as world’s reserve currency.

READ  Why Double-Spending Is The Risk To Cryptocurrency?

Coronavirus is becoming a severe hurdle for the economic market, which are crashed down due to the impact of this growing disease. Not only big industries but stock markets too have been badly affected by it. But Corona has somehow spurred the Bitcoin to step in as world’s reserve currency by replacing Dollar at the end of the year 2020. The prediction came from the founder of the renowned software company, McAfee Associates. Now let us see whether it happens to be as true or not. Till then stay abreast with the latest cryptocurrency news and keep getting updates about the recent developments which are taking place in the crypto world.