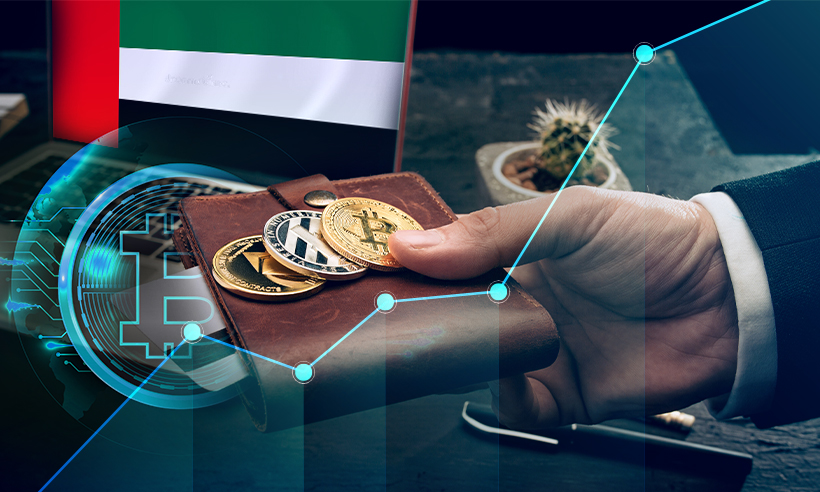 UAE minister of economy Abdulla Bin Touq Al-Marri has said that crypto and asset tokenization will be key to the country’s plans to double its economy while being present at a panel for the World Economic Forum’s Global Technology Governance Summit.

A Government-Run Crypto Tokenization for the UAE

Presently the economy of UAE is estimated to be the 34th-largest in the world in the coming 10 years. The panel is titled the “Arrival of the token economy, from art to real estate,” by artist Harry Yeff and WEF executive Sheila Warren were joined by AI Marris. While most of the conversation con the circumvent the current nonfungible toke craze, Al Marri’s comments centered largely on forthcoming tokenization use cases and their regulation.

According to Al-Marri, the country has ambitions to grow its gross domestic product by 7% yearly. Which would put it on track to double the size of its economy by 2030. Tokenization will be a key cog in this effort, as “Tokenization compliments information-based economies.”

Perhaps the most exciting from an adoption standpoint, the minister said that the country has several ambitious projects underway. Including a study being conducted with the WEF on funding small and medium-sized enterprises with a government-run token platform, possibly as part of a “regional token exchange” that is “in our agenda,” Al Marri said.

The Goal is to Protect Investors: AI Marri

When asked about how the government will interact with these new models and the need to regulate them, Al-Marri made clear that the prime goal is to protect investors as well as the larger financial system without stifling innovation.

“We’re a government — we’re good at regulation,” he joked.

There are two points that are being highlighted by Marri. The two pain points, in particular, are the lack of “harmonized regulation” and lack of sufficient regulation.

He noted that jurisdiction and regional regulations need to work together in order to prevent cloistered bubbles of innovation and to ensure that new asset models, such as fractionalized ownership, benefit all.

“How can we bring fractionalization to a level where everyone can benefit?” he asked.

Apart from this, he mentioned that  “We understand the challenges as such, but we are experimenting, and allowing the UAE to be a site of experimentation.”