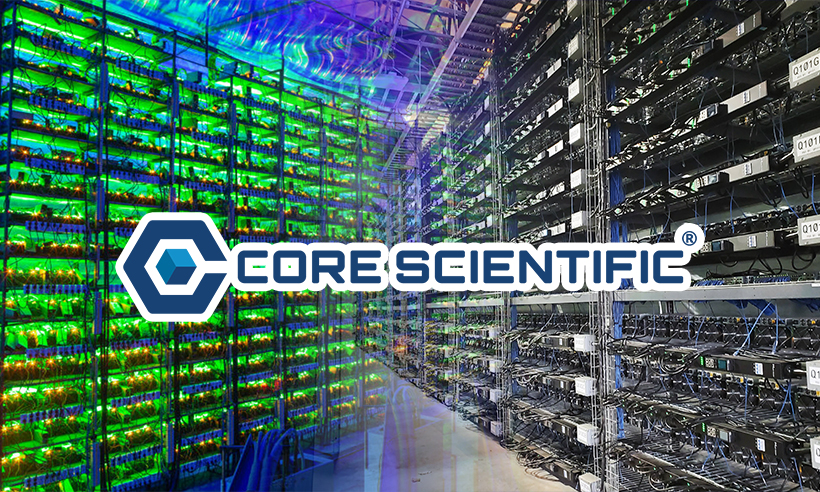 One of America’s largest cryptocurrency miners, Core Scientific, is gearing up to go public through a merger with a special purpose acquisition company (SPAC). According to an announcement made on Wednesday, the company will merge with Power & Digital Infrastructure Acquisition Corp. upon receiving shareholders’ approval for a deal valued at $4.3 billion.

Core Scientific to Merge With a SPAC for Nasdaq Listing

With operations spread across North Dakota, North Carolina, Georgia, and Kentucky, Core Scientific is one of North America’s leading Bitcoin (BTC) miners as well as one of the largest providers of blockchain hosting and hardware. Darin Feinstein, the company’s co-founder, and chairman said that Core’s “blockchain infrastructure business is unparalleled, backed by more than 70 blockchain and infrastructure-related patents and applications.”

The Washington-based company, which specifically deals in Bitcoin mining, recently revealed that it generated $60 million in revenue last year and expects that figure to climb up to $493 million in 2021. However, the company is yet to disclose its net profits and losses.

During an interview, Core Scientific’s CEO Mike Levitt disclosed that the company has mined over 3,000 Bitcoins in 2021, out of which 1,683 coins, worth $53 million, were extracted for its own account. Meanwhile, rival companies Marathon Digital and Riot Blockchain generated 846 and 1,167 Bitcoins, respectively.

As part of its expansion plans, Core is adding more equipment to its existing sites and establishing new facilities in one or two states. Currently, it’s operating 80,000 mining machines, which are expected to increase more than threefold in 2022. If its merger with the SPAC goes through, Core will receive $345 million to make additional infrastructure and equipment-related investments.

The U.S. is fast becoming a preferred destination for crypto miners and now ranks only second to China in terms of global Bitcoin mining share. As per new data released by the Cambridge University, the United States commands 17% of the world’s BTC mining, which is three times more than its share in 2019.

In the meantime, China’s BTC mining share has plunged 45% from a historic high of 80%. This figure will continue to decline in the future as the Chinese government implements harsher rules against the trading and mining of cryptos in the country.

America’s rise in the crypto mining world has been welcomed by crypto enthusiasts and investors, who want greater adoption of cryptocurrencies in the world. Bitcoin evangelist Michael Saylor, in particular, is elated to see crypto mining companies go for public listing. He feels that publicly traded mining firms will bring “financial capital, engineered facilities, and credibility” to the industry while enhancing Bitcoin’s value as an institutional asset.