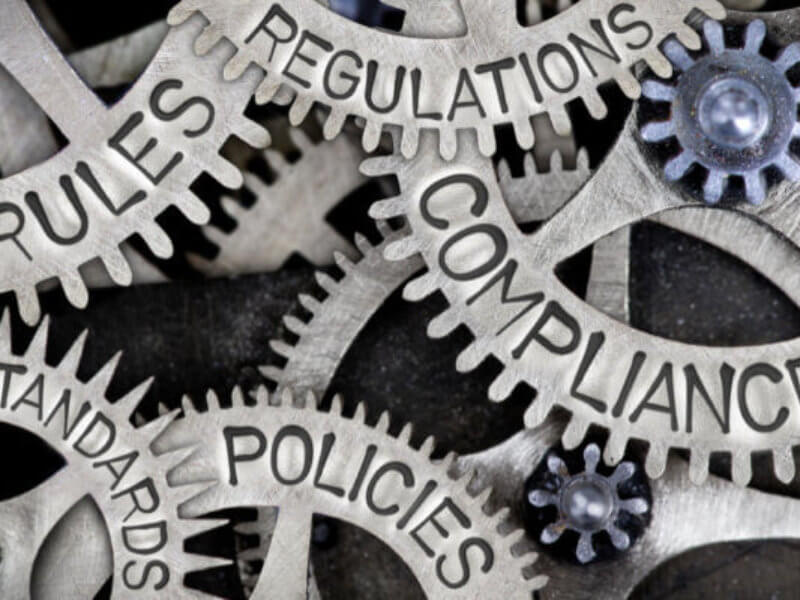 Cryptocurrency Regulations and Its Impact Around The Globe

That was a thing of the past when people were very reluctant to get engaged in cryptocurrencies due to many reasons including its volatile nature, the media frenzy, lack of understanding and many others. The one thing that contributed most towards this reluctance is the vagueness around cryptocurrency regulations.

Regulations are necessary to ensure consumer protection and how to deal with the industry in case of a probable scam or criminal activity. As far as the cryptocurrencies are concerned, the awareness and adoption are gaining momentum across the globe, however, most of the countries are still observing the space to ensure sound regulations, while there are few others who have gone ahead to regulate it under the existing security and property laws.

Bitcoin is decentralized and was meant to be borderless, however as Bitcoin gained fame and value, many other crypto tokens flooded the market, many of which turned out to be a scam. As a result, governments decided to completely prohibit its use, however, they soon realized that it is not possible to outright ban them and thus regulatory measures became the safest bet.

Regulations Around the Globe

The crypto market is itself nascent and thus regulatory measures adopted by various countries are also not certain and there are modifications in them every now and then. Recently, it has been seen that Russia’s central bank will ban the trading of cryptocurrency following its new digital assets bill.

The Indian Supreme court has recently lifted the ban on cryptocurrency trading in the country but the country has no official regulations surrounding the space. The Finance Ministry also proposed a blanket ban on crypto last year, however, that bill hasn’t be tabled in the parliament or discussed yet.

China, which is the hub for crypto mining is estimated to house more than 60% of the Bitcoin mining capacity. However, due to the coronavirus outbreak, China has closed the cryptocurrency mining farms for the time being.

Before 2013, the Financial Crimes Enforcement Network of the U.S. did not consider cryptocurrencies under legal contract. But now it comes under the jurisdiction of the country. The U.S. Securities and Exchange Commission (SEC) has specified digital currencies as securities. There are certain securities laws which have been imposed by the SEC concerning the whole digital currency market.

It has been seen that the U.S. seems to be encouraging the crypto market and the Commodities Futures Trading Commission (CFTC) has classified bitcoin as a commodity.

The country’s Justice Department is also planning to reform the regulations along with SEC and CFTC just to ensure smooth governance of digital currency in order to provide enhanced consumer protection.

However, these regulations vary from state to state as there are several states in which cryptocurrencies are not governed by the state at all and in some states it has been banned. While some completely back the usage of digital currency and identify them as legal.

China emerges as the second-largest economy all over the world but their approach towards cryptocurrency is completely unfavourable. Chinese authorities have banned the trading of cryptocurrency across the country and it does not come under the legal tender.

In September 2017, Chinese government clarified all the Initial Coin Offerings (ICOs) as illegal and all the funds raised by them will be considered unauthorised. All the cryptocurrency exchanges in the country were also shut down by the government.

In January 2018, a senior official of the People’s Bank of China said that all the organisations which deal with virtual currencies in any way should be banned.

In June 2019, the central bank issued a statement in which it was stated that the access to both domestic and foreign cryptocurrency exchanges will be blocked including the ICO websites.

Japan is considered one of the friendliest crypto nations with forward-thinking regulations. In 2016, Japan accepted crypto as a kind of money that could be used to make payments. According to its Payment Services Act, only the firms that are registered with a local Finance Bureau will be able to operate cryptocurrency exchanges. The firm that wishes to operate exchanges should be a stock company. If not a stock company then it should be a foreign cryptocurrency exchange business.

During the last G20 summit where the FATF issued a guide book to all participating nations to help them formulate positive crypto regulations.  Japan was the first country in which the crypto market has been thoroughly regulated by government agencies.

Crypto market has seen rapid growth in the country. It has been recorded that yen has scored 11% of global trading volume for cryptocurrencies which is excellent in contrast to the total population of the country. There were over 3.5 million active users and traders of cryptocurrency in Japan and it has secured the status of ‘leader in crypto’.

In February 2018, the government has issued a regulation which directs all the firms that are involved in ICOs need to get qualified either as securities or financial instruments.

According to the guidance by the German Federal Ministry of Finance, bitcoin or other virtual currencies that are easily used should be considered as a traditional mode of payment.

India is a developing economy and has emerged as the fifth-largest economy in the world. Recently some quick growth has been seen in the development of cryptocurrency in India.

Crypto market is not legalized in the country, in fact highly discouraged by the government for a very long time. Although, cryptocurrency exchanges are legal in India there are very strict regulations that need to be followed with it which makes it very difficult to operate.

The Supreme Court of India has removed the ban imposed by the Reserve Bank of India that prevented financial institutions from providing assistance to crypto firms. The court has directed all the banks to provide all kinds of financial help to the crypto firms of the country.

However, there are some reports that there might be further restrictions that could be imposed on crypto firms which could lead to a complete ban of cryptocurrency trading in the country.

Regulations can be seen as a two-edged sword, too much of it can prohibit the development of the industry as it was evident in the US in early days where many crypto service providers had to shift their operations offshore, on the other hand, not enough measures taken by the gov can lead to scams and criminal activities. Thus, the current approach by the likes of the USA and Japan is worth praising, while Indian government needs to take in suggestions from the stakeholders instead going for a blanket ban as proposed in the draft bill.