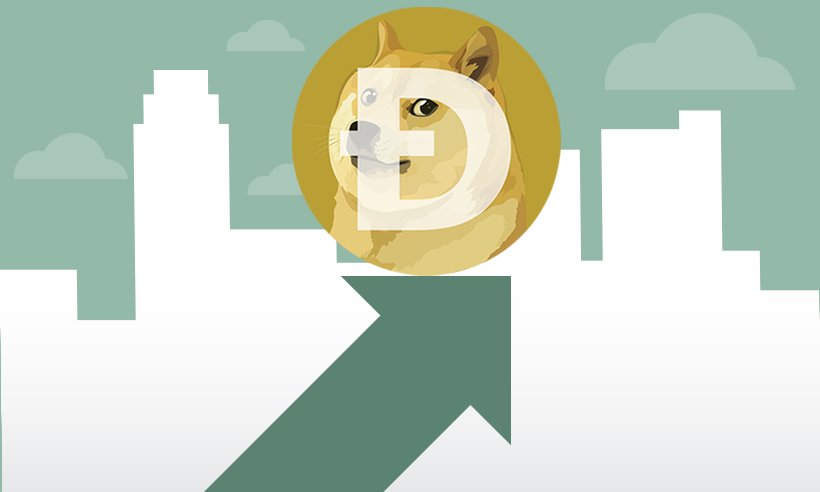 The price of Dogecoin (DOGE) experienced a strong 80% rally on April 14 and established a new all-time high at $0.133041. The meme-based cryptocurrency surged to new highs amid Bitcoin and Ether’s record rallies.

Dogecoin has spiked as much as 85% to an all-time high of $0.130002 on Aril 14, bringing its total market capitalization above $14 billion, according to Coinmarketcap.

Dogecoin wasn’t the only cryptocurrency to reach new heights. Bitcoin too soared to an all-time high above $64,000, while Ether hit a new record above $2,300 on the same day.

DOGE soared 80% in a 24-hour period leading up to press time and is up 100.9% on a seven-day period. The meme-based cryptocurrency has soared nearly 1,900% since the year began. The flagship cryptocurrency Bitcoin (BTC) has returned about 117.47% in the same period.

Analysts say that the crypto market frenzy comes amid the Coinbase crypto exchange’s anticipated direct listed on the Nasdaq stock exchange. Using cryptocurrencies as a form of payment has also gained much more acceptance among large companies lately, including the likes of Tesla and PayPal.

The price growth for Dogecoin has become one of the biggest headliners for this year as high-profile influencers including Elon Musk, Snoop Dogg, and Mark Cuban are among the proud members of the Dogecoin Army. They are frequently seen tweeting on DOGE on their timelines.

Dogecoin began as a joke based on a Shiba Inu meme from the popular internet meme Doge to now rallying 1,905% this year.

At the peak of the meme’s popularity in 2013, its creator made a joke combining two of the internet’s most talked-about topics i.e. cryptocurrency and Doge.

READ  Hegic and Synthetix (SNX) Technical Analysis: What to Expect?

Since its creation, Doge has also been used to donate money to charities. These include the 2014 Jamaican Bobsled team who couldn’t afford to get to the Sochi Winter Olympics, a Nascar driver named Josh Wise, and a clean water project in Kenya called Doge4Water.