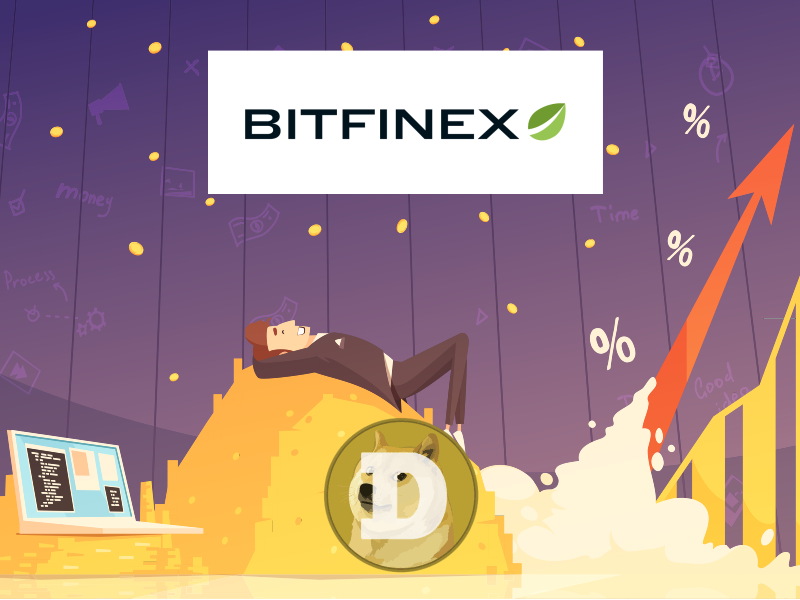 Dogecoin Value Reaches Over $0.005, Bitfinex Announces To List It

The major crypto exchange Bitfinex has announced to classify the meme-based altcoin, Dogecoin (DOGE) on its platform.

On July 10, while making an announcement on Twitter, the crypto exchange has stated that by 8:30 in the morning, it would start supporting Dogecoin on its platform.

A week ago, one of the TikTok users started a spontaneous publicity campaign for the meme-based altcoin, which soon experienced a boost in its value.

According to a report by Google, the campaign has drawn most people’s attention towards it, now many of the new consumers are trying to invest in DOGE. While getting impressed with the campaign, the major crypto exchange decided to step into the trading field and list Dogecoin onto its platform.

This move by the TikToker not only was profitable in terms of gaining customers but also for the price gain of Dogecoin. After the video was out, DOGE/USD value reached almost two-years high and on July 09, the new value of the pair reached $0.0052.

Recently, while announcing Bitfinex classifying DOGE on its platform, the CTO at a major crypto exchange, Paolo Ardoino, tweeted, “Such wow! MegaDOGE on @bitfinex ! Release the gud boi!!!!!!!!!”

Apart from making its entry on the crypto exchange, the meme-based altcoin also gathered a few headlines in mainstream media. A report states that one of the trending articles on Google Trends is dedicated to Dogecoin and has been published by Bloomberg.

Bloomberg publication in its article, while quoting the CTO of hedge fund ProChain Capital, Justin Litchfield, said, “The whole currency was started as a joke to make fun of the financial system, which is bizarre to think about”.

Additionally, Google Trend has reported that in the recent week most of the people have asked it ‘how to buy Dogecoin’ and significantly this phrase has outrun the majorly asked question ‘how to buy a Bitcoin’.