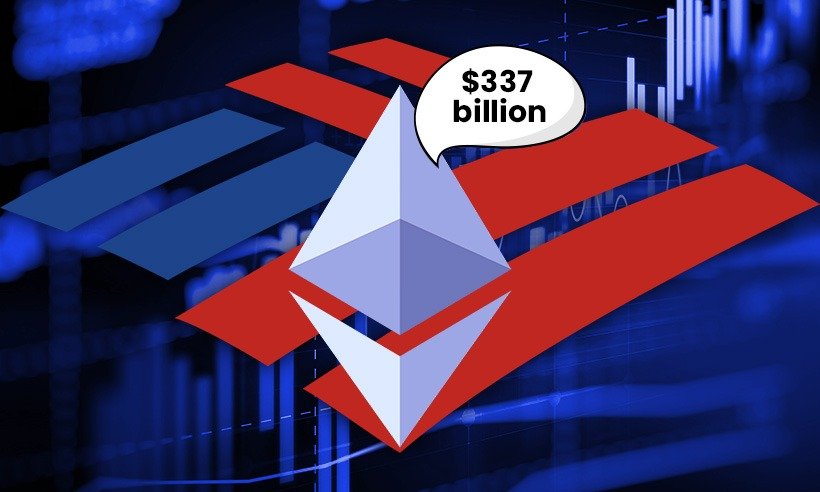 Ethereum or ETH token has transcended a significant trade value of $3,000 per token and market capital boundary mark today. Reaching as high as $3,003 at the time of writing, the trade exchange value of ETH has a breakthrough on several major exchanges, for example, Bybit, Coinbase, and BitMEX.

The surge has helped Ethereum overtake institutions such as The Walt Disney Company and Bank of America in terms of total market cap. Layer one of the world’s largest smart contracts has shown 24% on the week to $346.72 billion. According to the tracking website infinite Marketcap, the largest cryptocurrency in the world is sitting at a $1.079 trillion market cap.

Talking about the precious metal silver, then the market capitalization of the metal calculates $1.416 trillion while Facebook, a well-known social media company has a market cap of $923.12 billion.

The remarkable surge in the value of Ethereum has even speculated to Flip Bitcoin soon.

“It would be issuing a two-year digital bond worth $121 million in collaboration with banking entities such as Goldman Sachs.”

It is observed that Retail interest in DeFi is also gaining momentum. With the total value locked numbers touching $100 billion.

David Hoffman, a host for the Ethereum educational media company Bankless, identified that “The various initiatives to the equivalent of three separate “Halvenings,” an event that takes place roughly every four years where the Bitcoin block subsidy is slashed by half. Halvenings are thought to contribute to Bitcoin’s price appreciation.”

However, Ethereum is under pressure to compete with other forms of smart contract-enabled layer-one chains. In the absence of viable layer 2 scaling solutions, multiple competitor chains have popped up.