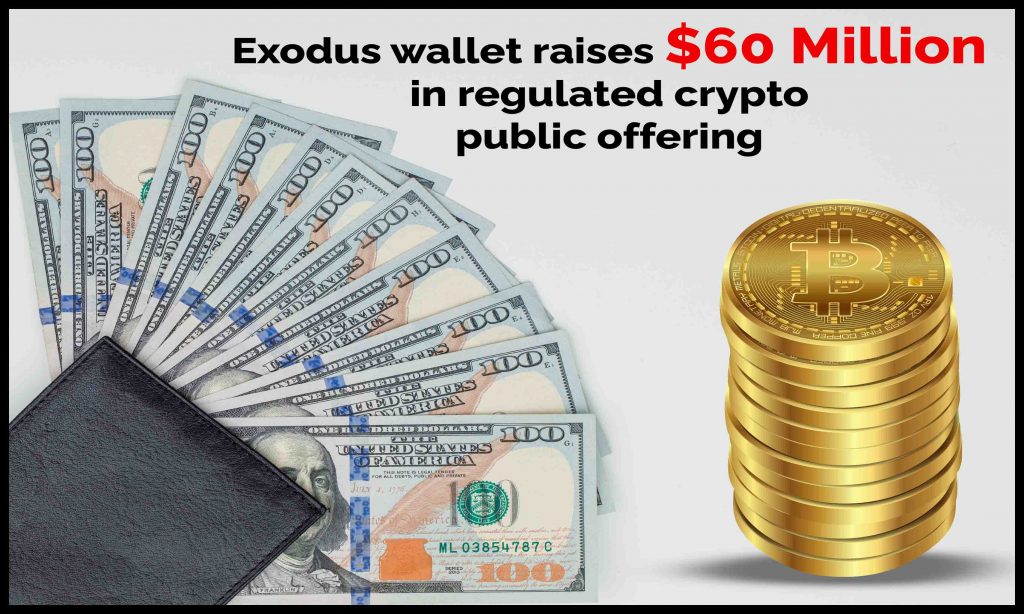 Exodus crypto wallet has raised nearly $60 million since April 8 by selling stocks of the company to offer Regulated cryptocurrency. The sale was approved by the U.S. Securities and Exchange Commission (SEC) as the largest regulated crypto public offering ever.

The Delaware-based firm began selling its stock on April 8 in a sale that was approved by the U.S. Securities and Exchange Commission (SEC).

However, instead of accepting U.S. dollars, Exodus only took digital assets such as Bitcoin, Ethereum, and USDC stablecoin in exchange for its common shares. The firm is planning is to tokenize the shares on a public blockchain within nine months.

Over 4,000 people have committed to investing in Exodus stock, with 92% of commitments coming from non-accredited investors, per an April 12 press release from Exodus.

The offering will close once the maximum offering amount of $75 million is reached. The crypto wallet company is already 80% towards reaching that target.

Exodus offered its customers a way to buy the tokenized shares through a mini-IPO under Reg A+ directly from within the wallet software.

Regulation A+ allows customers to invest in private companies whose stocks are not traded on a public stock exchange. The regulation is intended for startups to raise small amounts of capital from a large pool of investors.

The sale was only available to U.S.-based investors excluding the states of Arizona, Texas, and Florida.