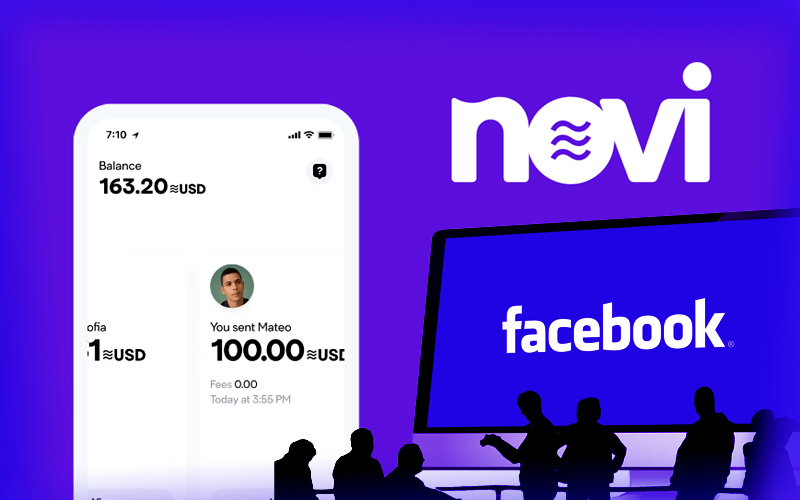 Facebook, the social media giant is working steadily on the development of its much-anticipated cryptocurrency, Libra. Recently, the firm has announced that it has given a new name, Novi to its digital wallet. This wallet will be used by the users or investors to trade or hold the native digital asset. The digital wallet for Facebook’s Libra was earlier known as Calibra. However, the firm has assured that it has only changed the name of the wallet and committed to what it promised for.

This new digital wallet for Libra has been developed by Novi Financial which is a subsidiary firm of Facebook which is based in California. The firm has claimed that this wallet aims to make money work easy and hassle-free for everybody. This could be either used as a stand-alone app or can be integrated with WhatsApp and Messenger.

While announcing this new digital wallet, Facebook has also explained the meaning of the word Novi and its origin. The word has been derived from a Latin word, ‘Novus’ which means a new way and this wallet has been described as a new way of sending money. The firm has shown its commitment towards Libra by adding the icon of Libra to this wallet’s logo.

Customers will be verified by a government-issued ID

Facebook has also announced that all the customers who will be using the Novi wallet will be verified through the IDs issued by the government. The customers will also have complete access to the chat-based support to ask queries related to the wallet. The firm will be introducing an early version of the wallet when the Libra cryptocurrency will be launched. This early version will be available in certain countries and will provide instant money-transfer features across those countries. It has also been assured that there will not be any kind of hidden charges while doing transactions with this wallet.

Articles You May Be Read.