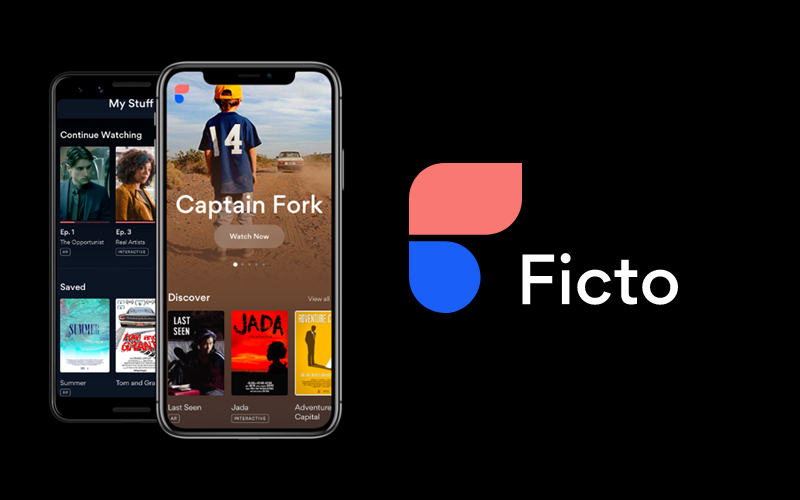 Ficto has recently introduced its own novel mobile app, which would not only feature  A-listed Hollywood movies but also emerging talent, for iOS and Android devices.

The decentralized streaming platform, in a statement, has mentioned that the app will launch 30 new shows of average 5 minutes each. It also stated that there are around 20 shows already in production and more content for weekends.

Unlike traditional medium Ficto is trying to bring innovation to the streaming industry online. With its technology, Ficto would be able to deeply involve the users to its service.

The technology used by the Los Angeles-based firm provides creative freedom to the editors. While designing the platform, the developers kept in mind that it should get integrated with different viewing habits.

Recently, while talking about Ficto’s features and what all things it offers, the CEO of Ficto, Mike Esola said, “We’re doing stuff that they’re (one-way static) not doing, emphasizing interactivity. If you happen to be in your 20s today, you look for things that are more than a passive experience.” According to the reports, Ficto has also designed a system to appreciate the work of content creator via paying royalties to them. This is considered to be a fair change, as traditional streaming have do not take this kind of step. But if the royalty paid then it is very little.

The report suggests that the Ficto would be using the blockchain-based smart contracts for the royalties, as it would create transparency.

The blockchain-based service for online streaming was designed to breach the traditional entertainment industry. Now the Ficto not only offers the interactive shows which have a great storyline but the platform also combines story-telling with transparent revenue share.  The platform has a lot of shows which include dramas, movies, documentaries, talk shows, news etc.