Filecoin (FIL) Technical Analysis: Exhausted Sellers and a Rebound to $65

One of the cryptocurrency markets where the fastest correction of frantic growth began was FIL. Exactly on 1 April, buyers set their historical high at $238.2. Also, they closed the daily candle with a bright pin-up at high volumes. The consolidation, which lasted 40 days, allowed sellers to gather enough positions for a powerful momentum down by 70%. The FIL market did not look potentially strong at all during the correction. The sellers managed to update the local lows three times, at a time when strong coins began to behave much more confidently after 19 May. 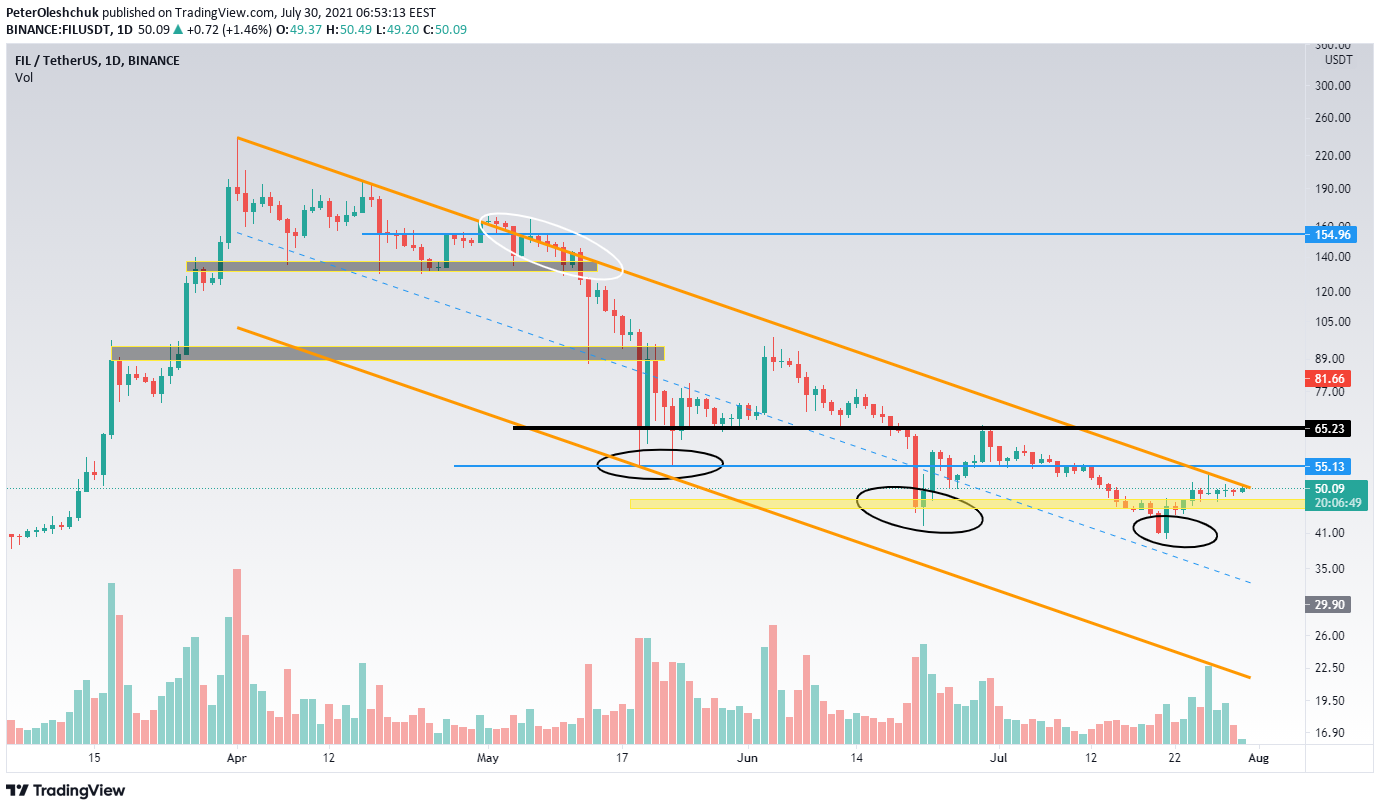 In addition, the title of the coin, which was the first to start the correction in the cryptocurrency market, unfortunately, does not work in the opposite direction. Of course, if we analyze the nature of the formation of the three previous local lows, it seems that sellers are getting weaker every time. However, the main trend line of sellers is still under their control and the basic level of $65 as well. It was from the mark of $65 that buyers began to confidently slow down the FIL price fall wave, using increased volumes.

Therefore, we can talk about a confident change in the trend in the FILUSDT market only after fixing the price above this range. If we talk about positive facts for buyers, you can pay attention to the range of $45-48. In the period from 15 to 20 July, sellers tried to fix below this range. Though, low volumes at lows and small daily candles allowed buyers to take the initiative with ease. To confirm the emergence of a new growth wave, buyers must withstand repeated testing of this range. In this case, we think that the FIL price will be much more aggressive to continue the new growth wave, with the first target of $65.

Analyzing the FILBTC chart, it seems that the price globally has reached its bottom: 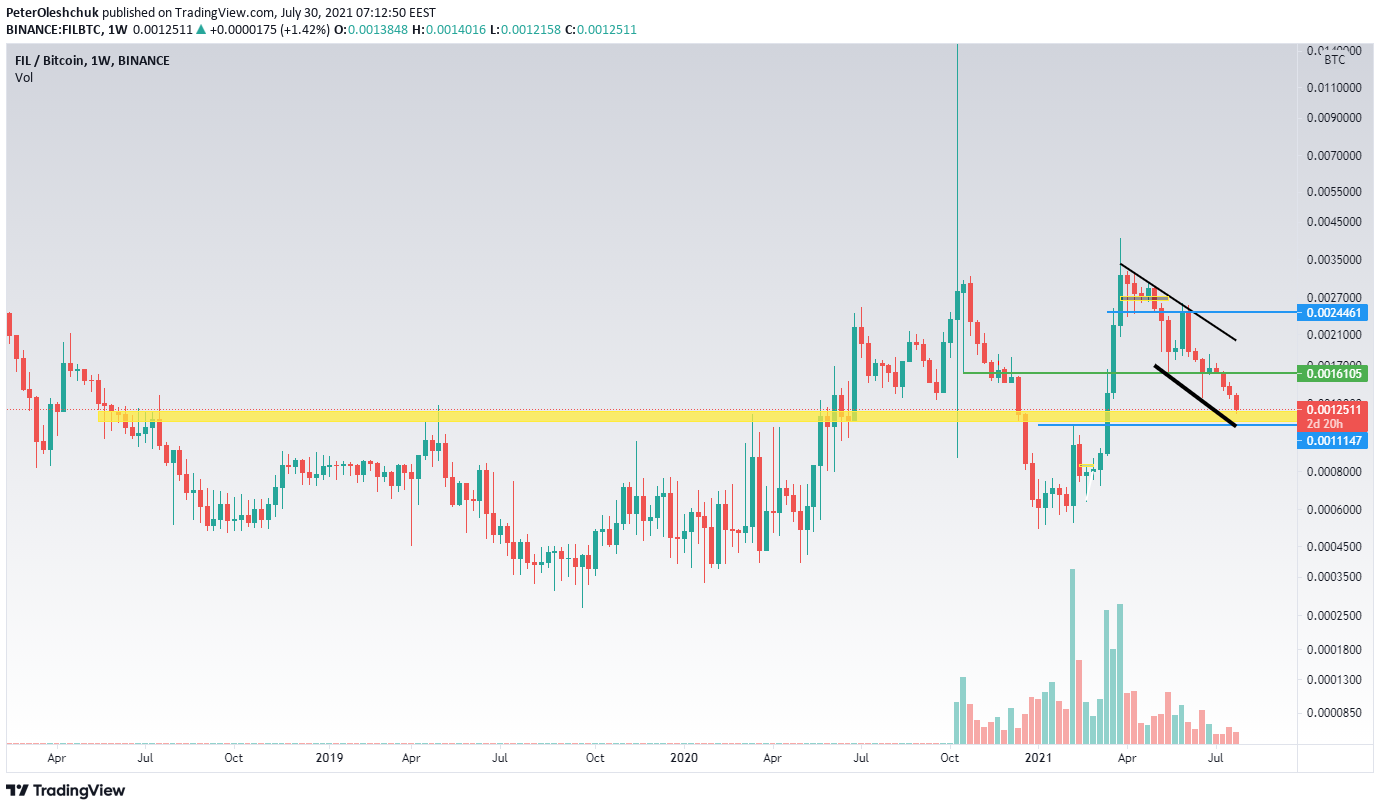 As we can see in the chart, from January 2018 to May 2020, the FILBTC market was in global consolidation with an upper limit of 0.0011370-0.0012400. At the moment, we see that sellers are now testing this range for strength. The interest of sellers is falling and this can be seen by the low trading volumes. It is from this range that there is a high possibility of the beginning of a new global growth wave. So, now we are at a turning point, in which we can only wait for the critical points of $45-48 and $65 to work out.