FSB evaluates the regulation of stablecoins with the current legal framework 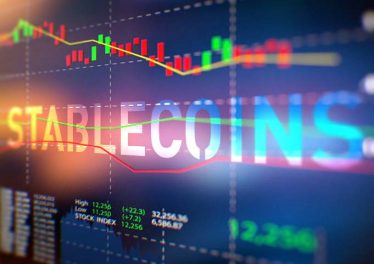 The Financial Stability Board (FSB), an international body composed of the finance ministers and central bank governors of the Group of 20 industrialized and emerging countries (G20), would be considering applying the existing regulatory framework to global stable cryptocurrencies or global stablecoins. In a letter issued, signed by FSB President Randal K. Quarles, and addressed to the finance ministers and central bank governors of the G20, the leader highlights the individual attention that must be paid to the "possible problems to financial stability that would be caused by the global anchored cryptocurrencies." Although the FSB stressed last June that, in general, crypto actives "do not represent a threat to global financial stability," it now also points out that "we must be alert to existing and emerging risks. According to the FSB spokesperson, global stablecoins can pose a number of problems, ranging from threats to financial stability, to difficulties in protecting consumers and investors, including the issue of privacy and data protection, financial integrity, as well as possible obstacles to audits related to the prevention of money laundering and terrorist financing (AML/CFT). It also mentions its implications for "know your customer" or KYC rules, as well as tax evasion, fair competition, and antitrust policy. It also cites its possible impact on market integrity, sound, and efficient governance, cybersecurity, and operational risks to the attempt to replace fiat currencies. In this regard, Quarles said in the document that "the introduction of globally anchored cryptocurrencies could pose a series of challenges for the regulatory community, especially since they have the potential to become systemically important, including through the substitution of national currencies. However, it also indicates that global stablecoins could offer a valuable vehicle for cross-border payments and remittances among a large number of users, as long as they comply with regulatory standards. Stablecoin projects of potentially global scope and magnitude must meet the highest regulatory standards and must be subject to prudential supervisory processes. Randal K. Quarles, President of the FSB For these reasons, the FSB president announced that the agency is evaluating how to apply the existing regulatory framework to these types of assets, taking into account the need to fill the legal gaps in the current regulation. In his letter, Quarles also referred to the recent preliminary evaluation by the G7 working group of the opportunities and challenges of stablecoins. In this sense, he reported that the G20 board had formed its working group, which seeks to analyze the regulatory problems posed by these cryptocurrencies, which have the potential to reach a global scale.