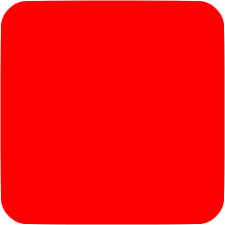 Blockchain Technology is also called Distributed Hyperledger Technology, and it comes with a large number of applications. Various industrialists and corporate companies are exploring its features and possibilities for over a couple of years, and it has proven to be one of the best cutting-edge technologies that we have had in the past couple of years.

Initially, the technology was created for the simple purpose of processing the storage and transaction of digital assets over the business network (peer-to-peer network). Eventually, its application expanded as it was capable of processing transactions of any digital asset with minimal cost, reducing risks, and with high security.

The reason for its success began with the emergence of cryptocurrencies. Bitcoin was one of the first cryptocurrencies that processed all of its transactions safely using blockchain technology. The distributed digit ledger technology is the most secure source for managing monetary transactions of any sort with the unbreachable security and cost-cutting feature.

The Downfall of Recent Blockchain Startups

Just like any other technology, Blockchain Technology still needs to fulfill all the possible shortcomings and successful implementations in various business modules. The technology is still immature, and despite its strong background, the deployment of its algorithms into every node of business would be a great challenge to the professionals. It will need some time to implement this technology. Therefore, the startups that were developed mainly depending on this technology might fail.

There is no question, blockchain technology will affect many aspects of business in the future. However, investors and businessmen understand that every technology needs a successful deployment. They will be looking forward to the best-proven methods of this technology’s application. Until then, it is not safe to implement it unless you have a strong conviction about its successful implementation.

Imminent Involvement of Blockchain In Economy and Finance

As blockchain technology has already proved its worth and reliability when it was successfully deployed in managing the transactions of cryptocurrencies. The finance and banking sectors do not need a second check to deploy blockchain algorithms in their systems to iterate and manage monetary actions.

Many of the financial institutions have started taking it seriously as the live examples of blockchain usage has turned out to be much consequential. For instance, one of the banks in Germany was able to process cross-border transactions in a matter of seconds by using blockchain technology. A PWC report suggests that more than 70% of financial institutions will soon adopt this technology.

Russian President Vladimir Putin has already started promoting the usage of blockchain-based cryptocurrency. They have named it “Crypto Rouble.” Many countries including Russia have been skeptical about the usage of cryptocurrencies as it is decentralized and does not require a governing authority.

However, the benefits of blockchain-based cryptocurrency outweigh far bigger than its liabilities. Many governments have started considering the introduction of cryptocurrencies as it is immutable, unbreachable, and it can’t be double-payed. Additionally, some of the experts believe that it can result in the prevention of black money as well.

Just some time ago, the government of Venezuela has issued its own national cryptocurrency that goes by the name “Petro,” short for “Petromoneda”. It has been derived from the oil and mineral reserves of the country. It is believed that it will impact their foreign business partners to carry out more business transactions in the future and possibly it will lead to surpass all their competitors.

Integration Of Blockchain In Government Agencies

Since the applications are formidable to the government. They may fear it but they definitely can’t deny it forever. Many governments have started enforcing the blockchain algorithms in their systems to process the storage and transaction of data in a much more secure way.

Government agencies usually have to go through a lot of protocols when it comes to retrieving the data. With the use of blockchain technology, the exchange of information has become far easier and secure. Already governments of many countries have started investing in blockchain-based firmware to run their government programs.

The Demand For Blockchain Experts

Blockchain technology has just started emerging and people are trying their best to learn this new technology as soon as they can. While everyone has started deploying blockchain algorithms in their system, many people don’t really know the actual working of this technology.

Therefore, it calls for the need of a professional that has core knowledge in the working of blockchain technology. We have already noticed a massive surge in the demand for Database Management Freelancers in the market. It is high time that professionals should start learning this technology at their best.

There is no doubt about the scope of Blockchain Technology. This technology is an inevitable phenomenon that is soon going to spread to every database module sooner or later. It is advised to learn this technology as much as you can while it is still young. We are yet to see a lot more advancements and innovations in blockchain technology.