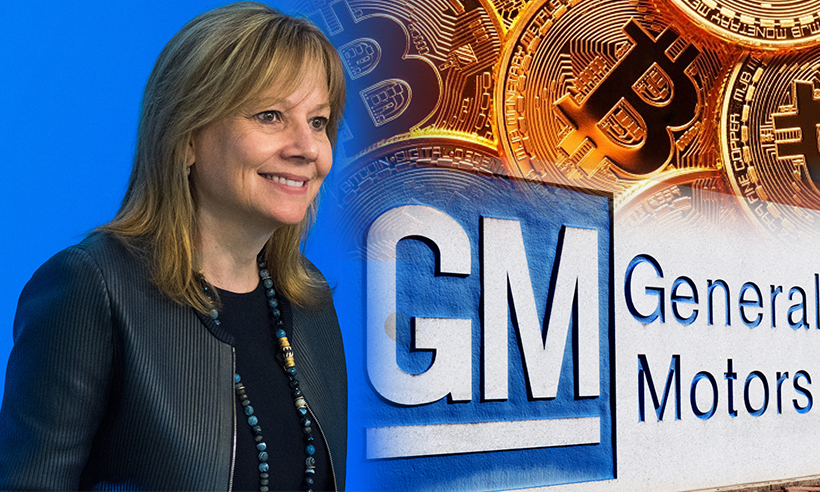 General Motors is Open to Accepting Payments in Bitcoin

Mary Barra, the CEO of General Motors, suggested that the automaker could start accepting payments in Bitcoin if customers showed interest. Back in February, the CEO had stated that her company would “continue evaluating” the digital asset following Tesla’s disclosure that it had purchased BTC worth $1.5 billion.

In an interview with CNBC, Barra told the network that nothing is preventing the company from accepting BTC. She said, “There’s nothing that precludes us from doing that. We’ll be driven by our customers.” Barra also emphasized that GM would adopt all necessary measures that would make a customer’s buying and ownership journey “as easy as possible.”

If General Motors approves Bitcoin payments in near future, the multinational corporation could become the second of its kind in the automobile industry, given Tesla is reconsidering BTC for its cars at the moment.

Tesla is currently leading GM in the electric vehicles market and was the first company in the sector to show support for the flagship cryptocurrency. However, the automaker’s relationship with BTC has been tenuous in the last few weeks. The company made a dramatic U-turn on its crypto payment policy in May after CEO Elon Musk tweeted that it would no longer accept Bitcoin due to environmental concerns surrounding its mining.

GM is trying to beat Tesla at its own game. The company’s ambition is to surpass Musk’s crowning achievement to become a market leader in electric vehicles. Speaking on the EV landscape and emerging players in the industry, Barra asserted that she’s “always taken every one of our competitors seriously.”

Barra suggested that GM had a lot of advantages it could leverage to “lead in electric vehicles”. She underscored her company’s two decades of experience in manufacturing commercial vehicles and pointed at the brand advantages GM gained while working on best-selling cars like the Hummer.

On the subject of battery development, Barra outlined that GM was planning to keep production inside the company. She claimed that the carmaker wanted to own the technology and the manufacturing unit to supply EV batteries to others.

Earlier on Wednesday, GM announced that would increase its investments in EV production. The company is setting aside $35 billion for its EV unit for the next five years. General Motors is still working on shifting its vehicles to EV technology and has set 2035 as its deadline to attain the target.