2020 started on a positive note for the crypto industry as Bitcoin almost touched $10,000 around January 20, 2020. Almost after a month, the price of the coins in crypto markets did not experience the huge roller coaster ride. Around March 3, 2020, Bitcoin crashed like hell in just 24 hours reaching up to $3000. As the crypto industry is enthusiastic since 2017, new products, services and cryptocurrencies launch almost every day to diversify the crypto community. Recently, on May 25, 2020, crypto advocate and giant of antivirus industry John McAfee launched a privacy coin called GHOST. As per the creators of Ghost McAfee, it aims to cushion the online private transactions without hampering the ease of transferring. Amid the pandemic and Bitcoin price following its infamous 50% drop, McAfee gained the strength to launch a coin, conceptualising his dreams and vision with it. As the coin has been launched only a month back, but I will still try to provide you with all the necessary information of the Ghost cryptocurrency launched by John McAfee.

What is A Ghost Cryptocurrency? | Brief Overview 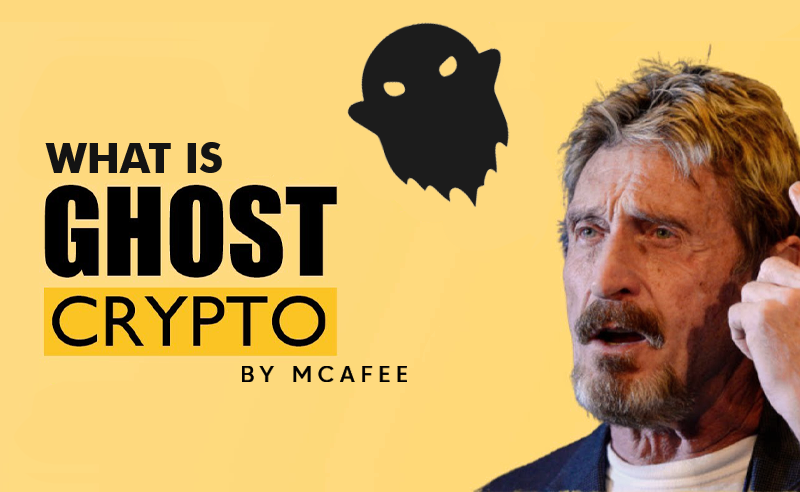 John McAfee on April 11, 2020, announced that his team is working on new cryptocurrency which can turn every user into “ghost”. And on May 25, 2020, he launched the so-called “Ghost cryptocurrency”. The official website mentions that Ghost coin McAfee is a decentralised currency based on the consensus mechanism of “Proof-of-stake” rather than the “Proof-of-work” (mostly deployed by cryptocurrencies). Also, it has been advocated that the currency will be powered by zero-knowledge proofs and will be utilising escrow pool for the purpose of shielding or erasing the history of transactions. As per the team members, Ghost aims for fast realization process or faster transactions, in less than 60 seconds. 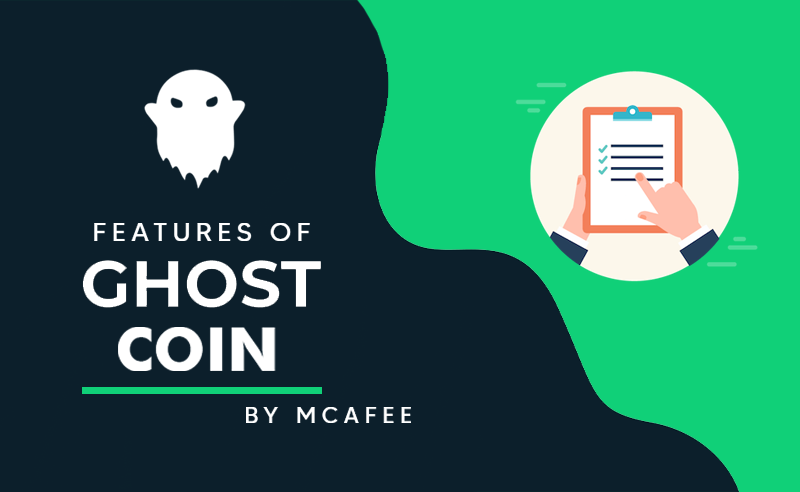 As per the website of Ghost Coin, Ghost cryptocurrency has the following features:

How To Receive Ghost Coins? 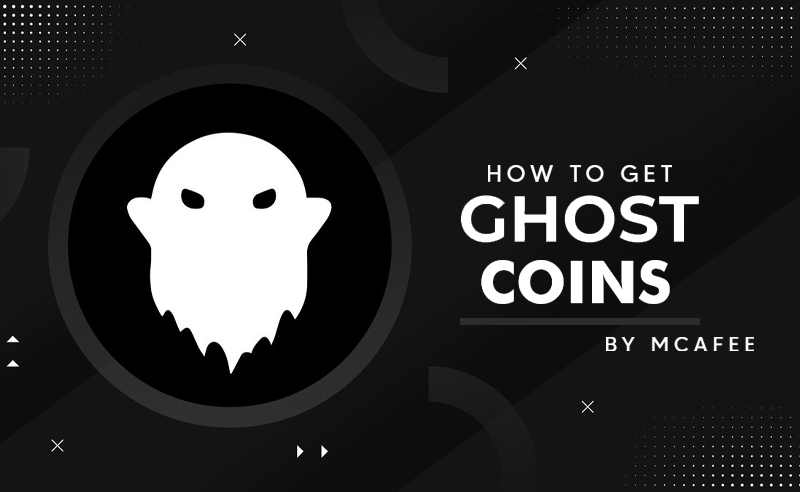 In mid-April when John McAfee first announced about the launching of Ghost cryptocurrency, he advocated that Ghost would be differently distributed. Rather than the distribution with the help of Initial Coin Offering (ICO), the project aimed to distribute the coins with the help of airdrop process but with a twist. McAfee put a condition to obtain Ghost token,i.e., the recipient need to have ESH or specific ERC20 tokens. ESH is the native token of Switch Ecosystem which provides technology for the operation of McAfee Decentralised exchange. Few of the exchanges and platforms like HitBTC, Stex, McAfee Dex, Uniswap, Hoo and more had collaborated with McAfee to act as the trading engine for the distribution of Ghost coins. The distribution of 25% of the token supply is planned for ESH holders that would be based on a snapshot of May 24, 2020. As per the details, ESH holders were supposed to receive 1 Ghost for every 1 ESH in their crypto wallets. Since the time of announcement of Ghost coin airdrop, demand for ESH token had been increased up to 17,500% within a few days.

McAfee has always dreamt of creating “privacy-centric crypto transaction” as new normal which can be noticed by his statements and tweets shared by him. The creation of Ghost cryptocurrency seems like the materialisation of the vision of McAfee as Ghost aims to allow the transaction all across the world irrespective of physical borders without leaving a trace, thereby maintaining the privacy. According to McAfee, Bitcoin was limited to maintain the privacy to a certain limit but he is trying to introduce the new normal by detaching money from the state, initiating peer-to-peer transfers with the help of decentralised exchange and finally the Ghost coin. With the help of latest launch of Ghost, he aims to bring a “privacy focussed coin” to the masses which would be led by the team of top heads of security space. 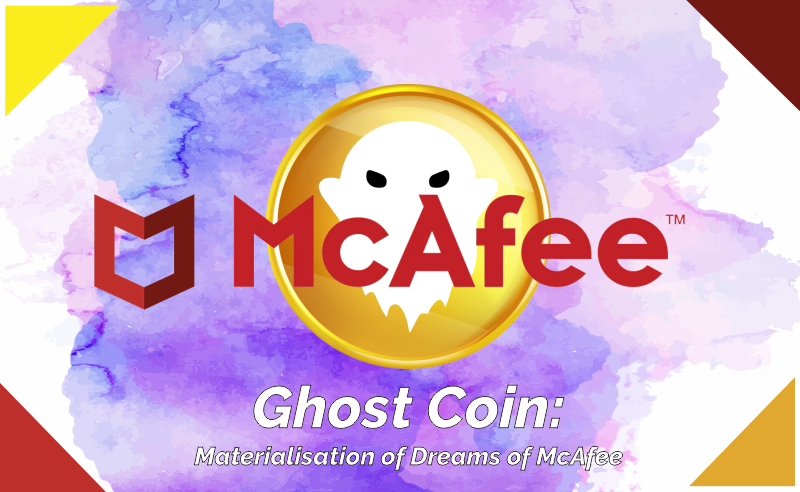 Monetary standards like credit or debit cards are generally attached to the identity crisis and also in selling the transactional data to advertisers breaching the norms not only related to privacy but also of security. Bitcoin limits the mentioned issues but to a limit as hashes are easily available on the web which could be used to trace the identity of both sender and receiver along with the transactional history of their crypto wallets. To address the issues, McAfee announced the Ghost Coin which aims at trade without a trace.

Thousands of coins and tokens are available in crypto space, but the future of Ghost coin might be interested to keep track on because of the two reasons. Firstly, it was launched by the crypto enthusiast John McAfee and secondly, it has been launched with the vision of “private transactions”. In just a month, Ghost coin has already gained the controversy, both positive and negative so it would be worth watching the growth of Ghost coin. And if you are a crypto trader, you could also purchase a few of the coins from exchanges where it is available.