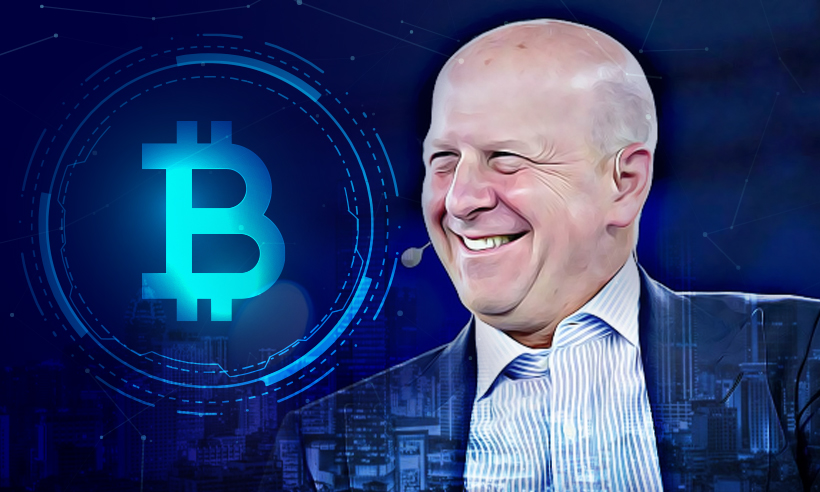 Goldman Sachs CEO David Solomon said that he is expecting that the crypto space will experience a “big evolution” in the coming years. His remarks come in light of crypto regulations in the United States that will potentially trigger a paradigm shift in the global financial sector or the entire global economy.

Appearing in an interview with CNBC’s “Squawk Box,” Goldman Sachs CEO David Solomon predicted that a “big evolution” is coming in the cryptocurrency space in the near future.

He believes that the current regulatory environment in the United States is preventing banks from embracing cryptocurrencies such as Bitcoin.

Despite this, he made it clear that Goldman Sachs has been keeping a close eye on cryptocurrencies due to its growing client demands.

On being asked if he would like to act as a principal with cryptocurrency services, and whether Washington lobbyists are trying to change the rules in favor of crypto, Solomon adds:

Despite “significant regulatory requirements” on handling cryptocurrencies, Goldman Sachs is looking for ways to support cryptocurrencies, with CEO Solomon adding that the bank handles digital currencies in a proactive way:

“We continue to think about digital currencies and the digitalization of money in a very proactive way.”

READ  The Dormant XRP Volcano Is Preparing for Eruption

He explained that the bank was engaged with its clients and paying attention to regulations to see how to move forward regarding cryptos.

Despite the regulatory concerns, the bank is currently leading in offering its clients crypto services among other players in the market. For instance, last month, the global multinational bank filed an SEC application for a new investment product that tracks the ARK Innovation ETF, which invests in the Grayscale Bitcoin Trust.

The bank is further looking forward to beginning offering Bitcoin investment products to its wealth management clients. Last month, the firm announced the reopening of its cryptocurrency trading desk.